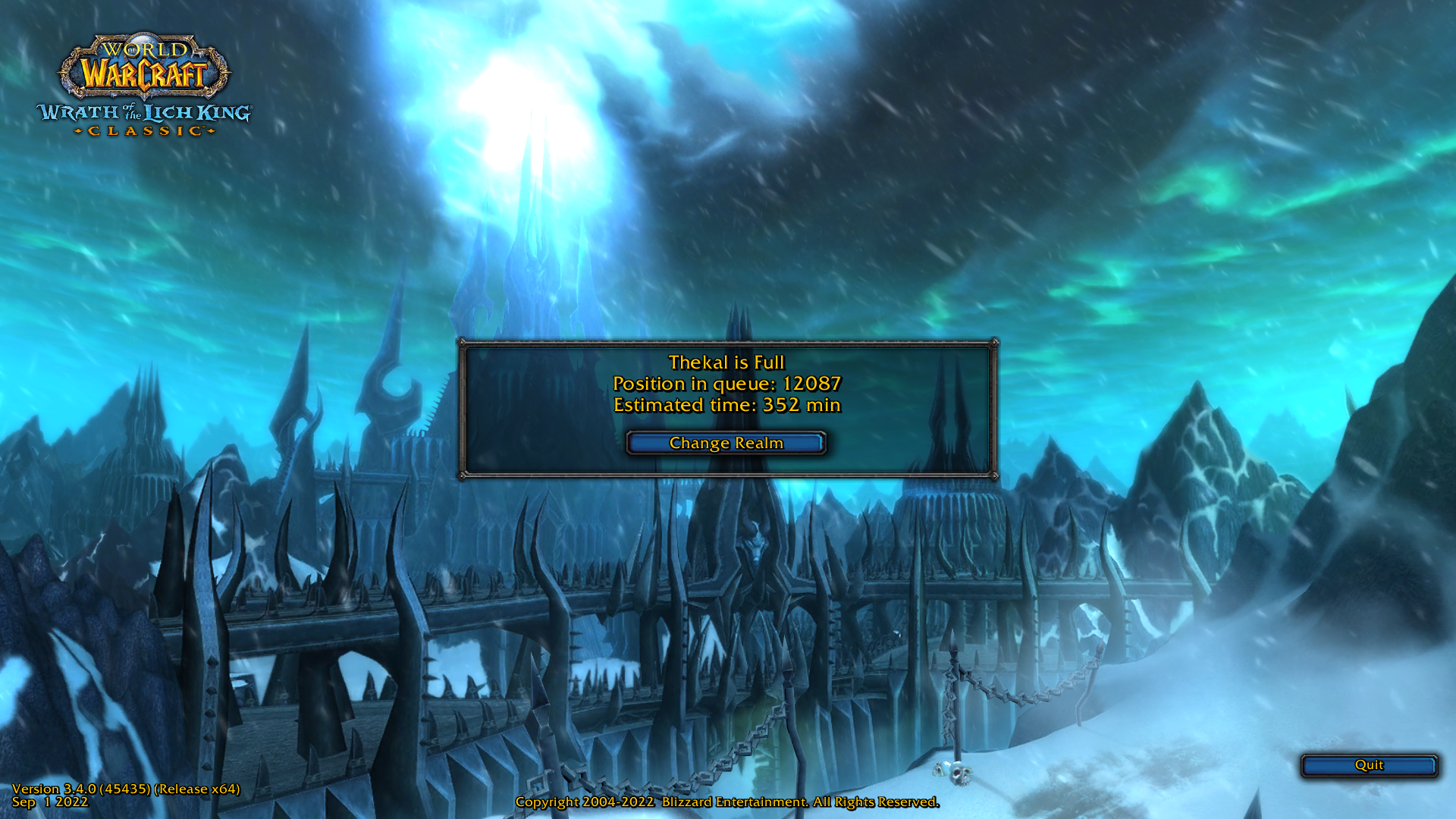 World of Warcraft’s relaunch of Wrath of the Lich King Classic has been, putting it mildly, a disaster largely because of unplayable overpopulated servers, long queue times, and unfair mass bans.

Although it took a while for Blizzard Entertainment to address these major issues, particularly long queue times, the WoW community can rest easy now with game-changing solutions on their way.

After a painstaking process of assessing the reasons behind the long queues in WOTLK Classic servers, Blizzard has begun offering server transfers from giga realms with hopes of reducing the queue times. Even though this is a great step forward for the game’s quality of life, Blizzard is forcing players to first log back into their old realm to empty their mailboxes. Since these giga realms have five-hour long queues on average, players are pressured to once again spend several hours in queue just to empty their mailboxes.

There’s still time for Blizzard to fix this issue that might escalate into full-blown chaos once mass migrations begin. One solution would be to give the transferring players queue priority or an option to ditch mailbox contents altogether.