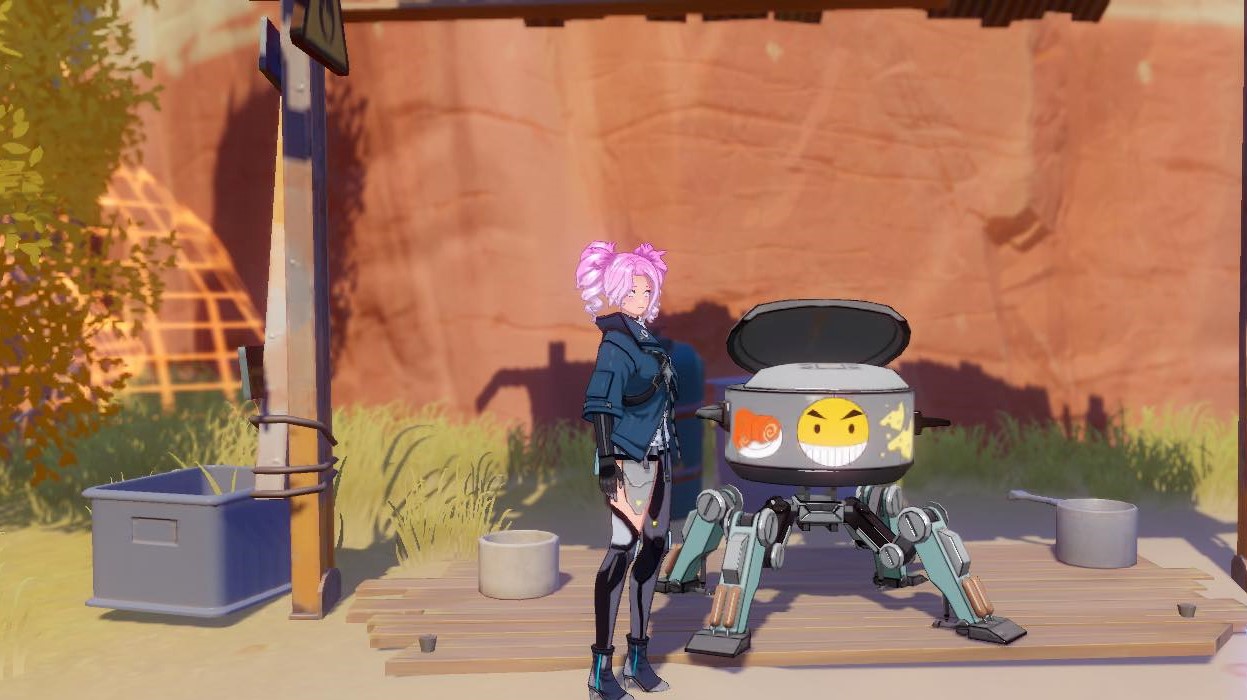 The world of Aida in Tower of Fantasy offers wanderers a wide variety of activities to engage in. Players can take on fearsome enemies, collect unique characters, obtain various kinds of loot, go on quests, wander through a massive open world, follow a central storyline, and otherwise traverse the world.

One of the most essential gameplay aspects in Tower of Fantasy that wanderers will need in their travels is cooking. Players who have previously played games of a similar type, such as Genshin Impact, will likely be quite familiar with what food does in Tower of Fantasy. Food has the following four usages.

How to cook in Tower of Fantasy

Players can cook in Tower of Fantasy by finding a cooking pot such as the one pictured below and clicking on the “cooking” option upon getting close enough to the device to do so. To actually cook something, players will first need to have gathered the required resources for the recipe that they are trying to cook.

Best recipes in Tower of Fantasy

There are many recipes in Tower of Fantasy, and each recipe will have different effects or restoration abilities. Certain recipes have a higher rating than others, with the higher rated ones granting better results. Some of the dishes that will provide players with the best outcome upon being cooked and consumed are as follows.

This recipe asks for one Caterpillar Fungus and three Brown Rice. It restores 20 satiety and 20 percent plus 60,000 health points.

Players looking to gain resistance against ice can try consuming the Braised Meat recipe. It requires one Braised Meat, restores 20 satiety, increases Frost Resistance by 15 percent and by 675, and lasts for 1,200 seconds.

This recipe asks for one Prime Rib Cut. It restores 20 satiety, increases Volt Resistance by 15 percent and by 675, and lasts for a total of 1,200 seconds.

Players will need to gather one Black Truffle, one Onion, and two Rice to make this dish. It restores 20 satiety, increases Physical Damage by two percent as well as by 150, and lasts for 1,200 seconds.

This recipe asks for one Snow Lotus and two Honey. Snow Lotus Soup restores 800 stamina and 20 percent plus 60,000 health points.

This dish requires players to gather one Purple Yam and three Brown Rice. It restores 20 satiety, increases Volt Damage by two percent, adds 150 to Volt Damage, and lasts for 1,200 seconds.

This dish asks for only one ingredient and that is one Lake Bass. When consumed, Salmon Sashimi will regenerate 20 satiety, increases Frost Attack by two percent, adds 150 to Frost Attack, and lasts for 1,200 seconds.

This recipe helps players increase the Flame Damage that they deal. It asks for one Prime Cut and three Firecap. Steak with Sauce regenerates 20 satiety, increases Flame Attack by two percent, adds 150 to Flame Attack, and lasts for a total of 1,200 seconds.

This recipe calls for two Balloon Fruit, two Thornmato, and one Salad Dressing. It will restore 10 satiety and 16 percent plus 34,000 health points.

Players will need to gather one Barnacle, two Brown Rice, and one Onion to make Barnacle Seafood Pizza. When consumed by wanderers, this dish will restore 10 satiety and 16 percent plus 34,000 health points.

Creating this dish requires one Caviar, two Rice, and two Laver. Wanderers who consume this dish will restore 10 satiety and 16 percent plus 34,000 health points.

Players will need two Fiddlehead and two Brown Rice to make a Fiddlehead Pie. This dish will grant players a satiety increase of 10 and a 16 percent plus 34,000 increase in health points.

Two Cocoa Beans and two Brown Rice can be combined to create Chocolate Bread. It will restore 10 satiety and 16 percent plus 34,000 health points.

This beverage can be crafted with one Pinecone, one Cocoa Beans, and two Milk. Players that drink this beverage will regenerate 10 satiety and restore 16 percent plus 34,000 health points.

Players can cook this soup by gathering and combining two Fiddlehead and four Lettuce in a cooking pot. This dish can then be consumed to restore 10 satiety and 16 percent plus 34,000 health points.