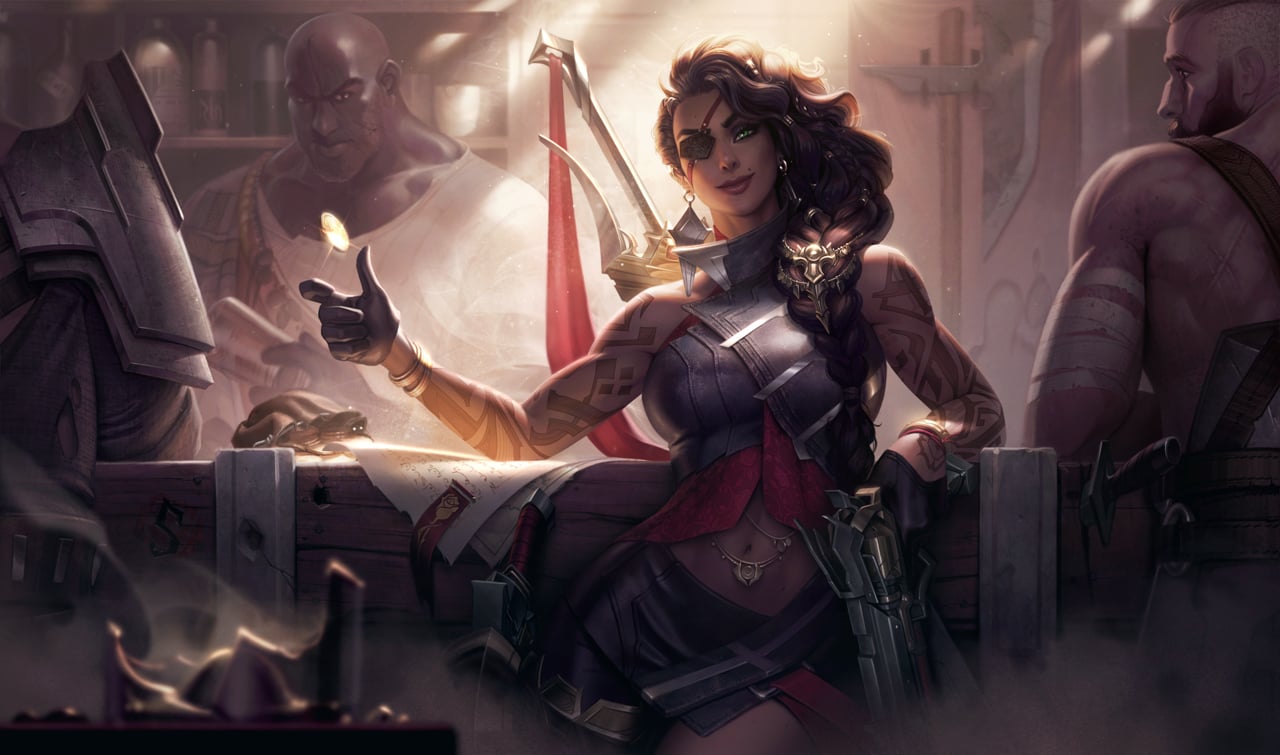 A full release of every champion and trait in the set will likely drop on Jan. 4 with the 11.1 patch notes. Set 4.5 is scheduled to go live on Jan. 21, and spoilers have included champions such as Swain, Tryndamere, and Olaf.  The reveal of Samira as a Sharpshooter and Slayer today completes the TFT champion spoilers for both traits.

A loose translation of the LATAM TFT tweet confirms that Samira is a five-cost Sharpshooter and Slayer champion, which was previously suggested in a leaked image on Reddit last week. Samira has a built-in “dash,” according to the clip provided, meaning positioning will play a major role in Samira’s success as a legendary champion.

Principal TFT lead game designer Stephen “Mortdog” Mortimer posted a tweet an hour later confirming Samira as a Sharpshooter/Slayer, but also as a Daredevil. The new 4.5 mid-set trait explains Samira’s dash via the Daredevil trait that has her “acquire a new target every other basic attack.” If a target is out of range, Samira will “dash towards the target,” and “with each new attack on a target,” her combo rating increases.

The Sharpshooter trait will operate the same as it has previously within TFT Fates, providing Ricochets with reduced damage per the number of Sharpshooters. Slayer is a new trait within Set 4.5 in which the Slayer units “gain Lifesteal that increases at lower health and deals bonus damage based off their target’s missing health,” according to the leak.

Slayer is a unique trait that contains champions like Zed, Darius, Tryndamere, Olaf, and Samira. Sharpshooter champs are likely Tristana, Nidalee, Teemo, Sivir, and Samira. Set 4.5 goes live with Patch 11.2 on Jan. 21. An upload of the new TFT mid-set to PBE will likely occur on Jan. 6.