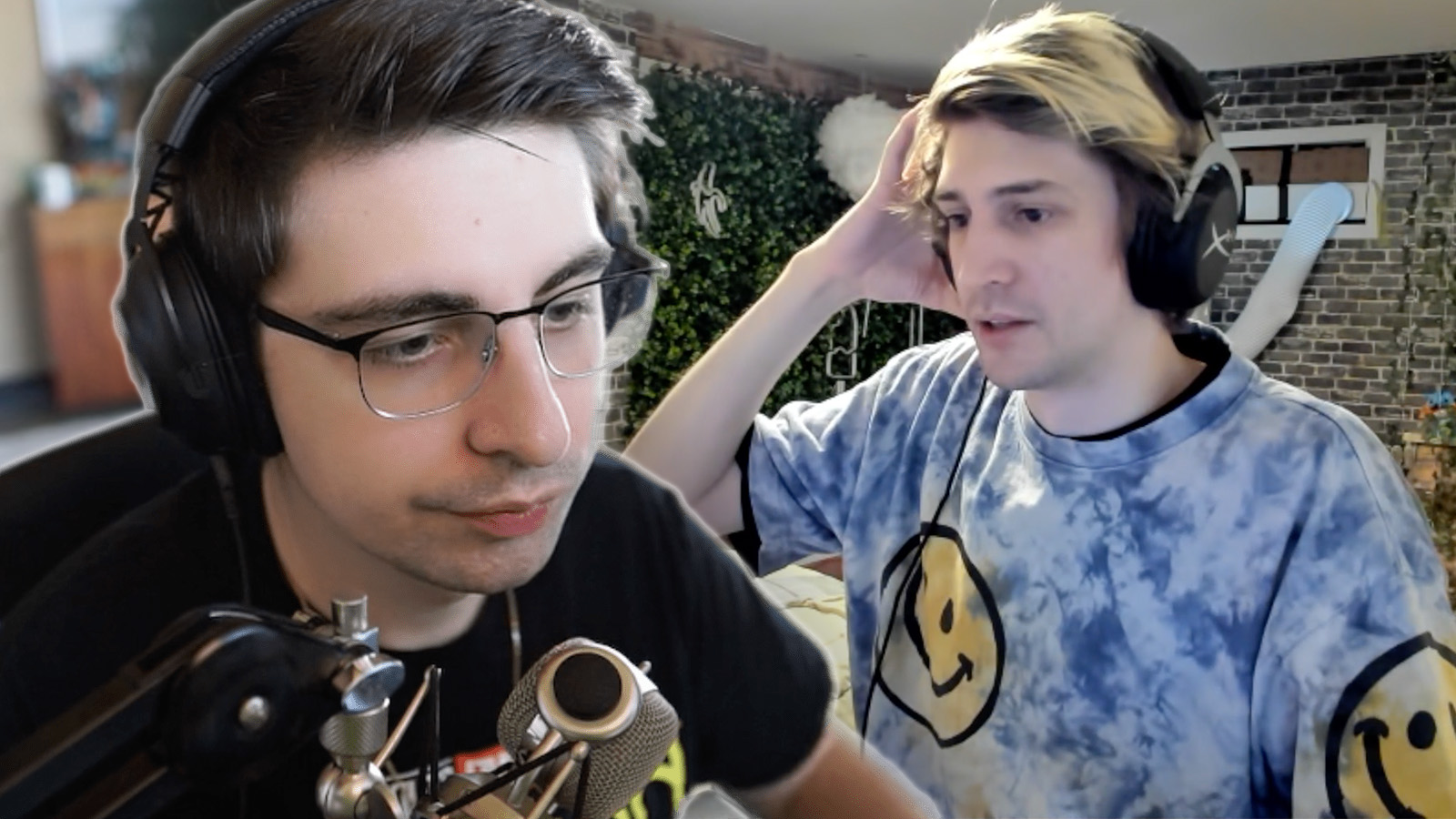 Screengrab via Shroud and xQc on Twitch

Twitch legend Michael “Shroud” Grzesiek has warned fellow streamer Felix “xQc” Lengyel to keep tabs on his mental health after seeing how much abuse he receives from toxic viewers in his chat in every one of his regular streams.

xQc, who has averaged 75,142 viewers per stream so far in 2022, is often battered by them over every little thing, especially when he dies or simply fails in a game.

Sometimes he loses his cool. But more often than not, he shrugs it off.

However, Shroud thinks it could have a negative impact on xQc beneath the surface in the long run. “I don’t know how his mental [health] is, but it’s got to be bad,” the Counter-Strike veteran turned VALORANT pick-up said on July 17.

“I couldn’t do it. If I had my whole chat talking shit to me 24/7, even though they’re trolling and they’re memes or whatever the fuck, I couldn’t do it. It’s terrible for your mental [health]. That shit will fuck you up.”

It’s not uncommon for Twitch and YouTube streamers to deal with toxicity in their chat from time to time. It’s one of the inevitable downsides to being popular internet figures, and the nature of live streaming is a cauldron for it.

However, some streamers are far more prone to it than others.

For example, the nature of Kaitlyn “Amouranth” Siragusa’s streams has given rise to countless haters, but she’s found a way to turn it into motivation.

Imane “Pokimane” Anys is another example. She has been open about how hard it is to deal with all the hate and sometimes takes breaks to keep her well-being intact, the latest of which happened on July 19.

xQc falls in that unenviable category too, of course.

The sheer amount of people in the French-Canadian streamer’s chat, and the prevalence of Twitch trolls in them, puts him directly in the line of fire. When something goes awry in his stream, they’re ready to pounce.

Shroud’s warning serves as a reminder that even though xQc often embraces Twitch’s toxicity, he is only human and subject to the same vulnerabilities as anyone else.