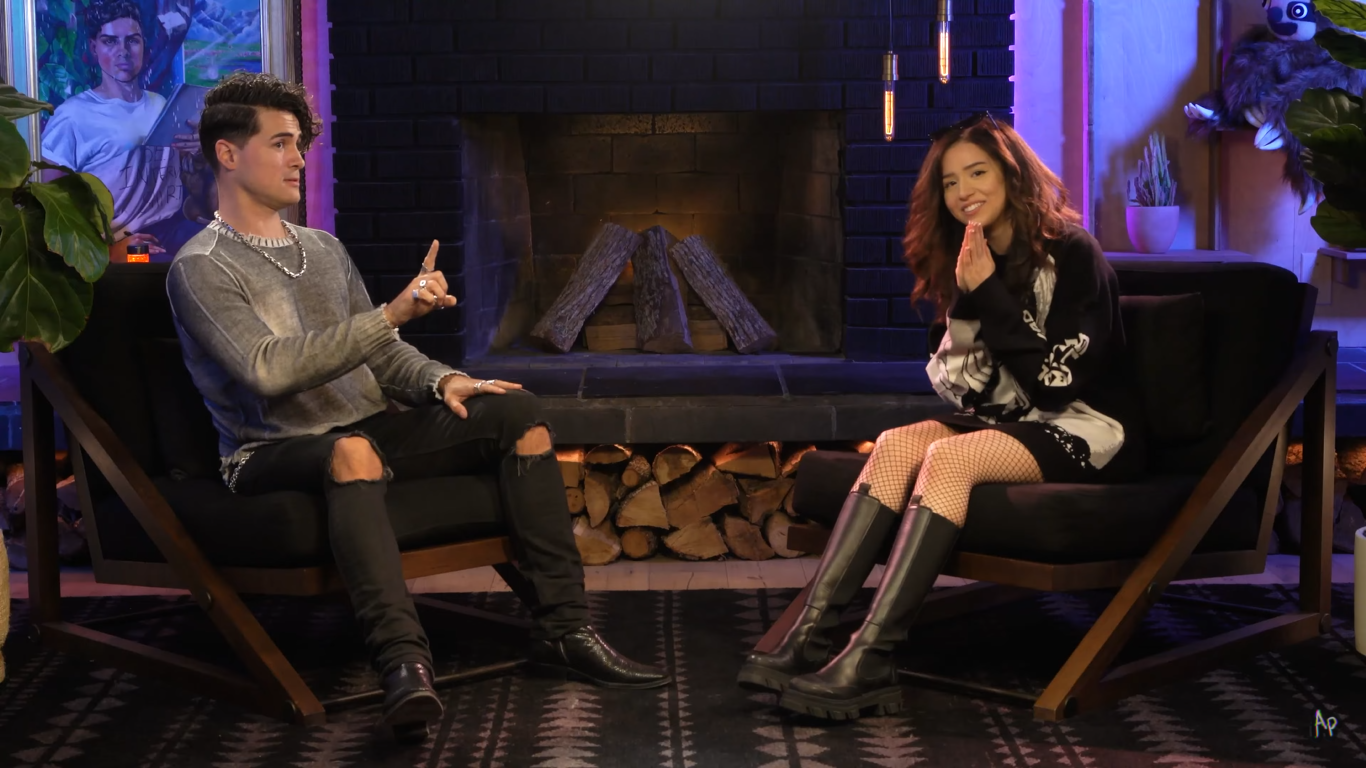 Popular streamer Pokimane joined Anthony Padilla for the latest installment of his popular “I spent a day with” series. Throughout the show, the pair discussed Pokimane’s overall streaming career, the smear campaigns and other hate she gets, and her views on many other topics, including making mistakes.

During the episode, Padilla asked Pokimane if she felt like people “like to minimize others to their mistakes.” Because streamers and other massive online presences cultivate huge followings, they are oftentimes held to extremely high standards, and deal with a multitude of negativity when they do make mistakes.

“I think some people do, um, I hope that the majority of people don’t,” the streaming star said in regards to relating people to their mistakes. “If anything, I think it is a much better story to be like, ‘oh, this person made a mistake and still was able to learn and grow from it and achieve all these things.'”

“If I make a mistake, like, that’s okay, I can still do so much,” Pokimane continued. “A mistake shouldn’t define you as a person.”

Alongside the topic of mistakes, the duo also discussed the hate and scrutiny Pokimane regularly faces.

“The negativity you face online isn’t just confined to specific moments,” Padilla said to Pokimane. “You’ve had entire smear campaigns built around you.”

“That’s just what happens when hating you is profitable,” the Twitch star responded. “So, obviously, people will look to profit. Honestly, even for them, they’re just doing what produces a successful result, in a sense, even if it’s at my mental health’s expense.”

Pokimane has been involved in many controversies, as is the case with all other streamers or creators whose lives are constantly in the spotlight online.

While some of these situations have been actual issues, many of the things Pokimane has been attacked for have been moments taken out of context. Pokimane said she “felt that pressure a lot” in regards to worrying about people taking things out of context.

“Initially it was like, should I be super careful about everything that I do?” Pokimane said. “But then you’re essentially putting yourself in a very small box, and that is not fun. Literally anything can be taken out of context.”

Padilla also asked how Pokimane feels about gender being constantly brought up in regard to her successes. As one of the biggest female streamers in the industry, Pokimane has been the first female streamer to reach many landmarks and oftentimes her achievements are marked as firsts for her gender.

“When I achieve anything and people relate it to my gender I take it as a win for my gender,” the streaming star said.