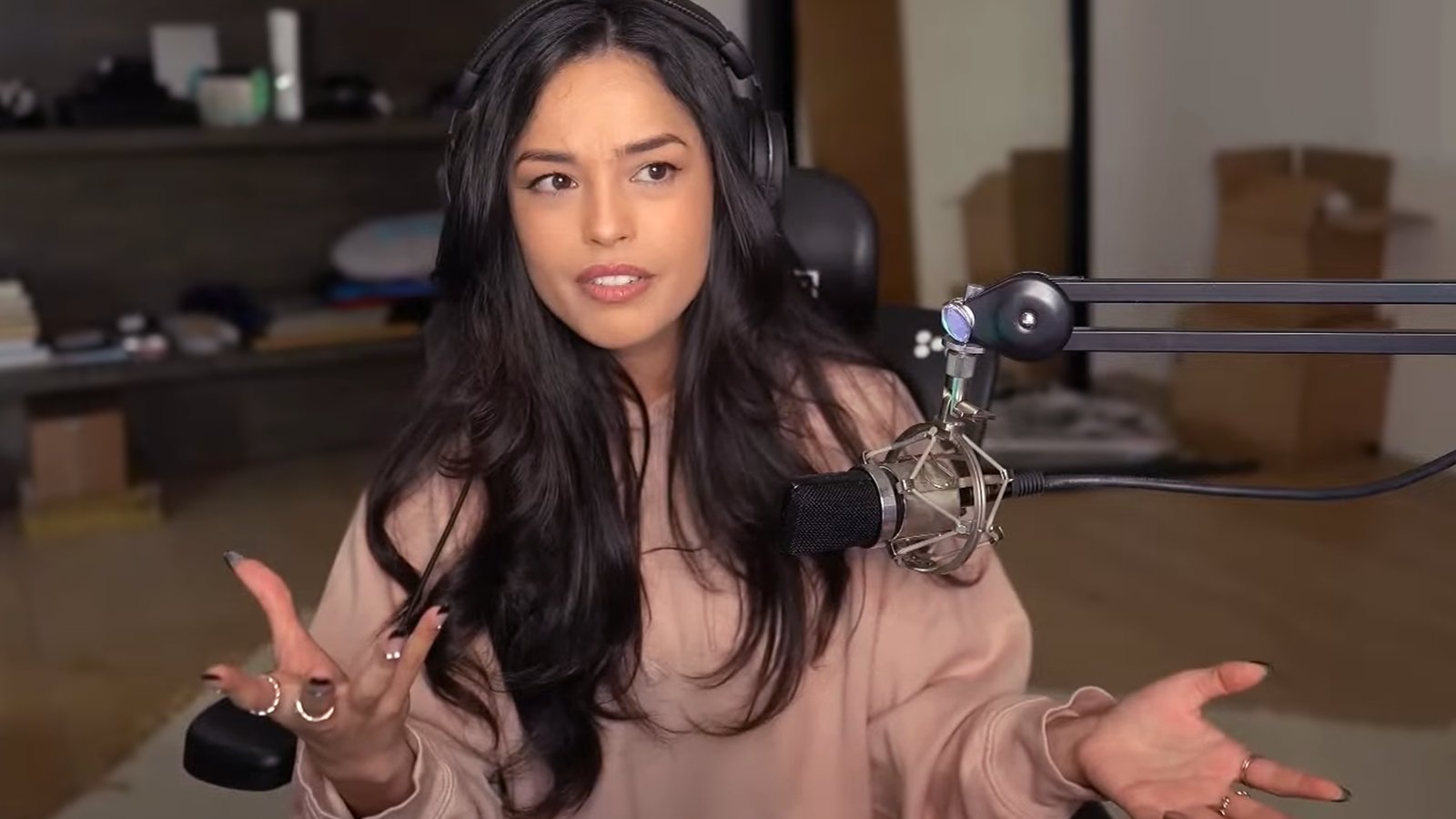 Rachell “Valkyrae” Hofstetter has backflipped on plans to miss a month of streaming, revealing on April 20 that she would no longer be taking a “trip out of town” that would have cut a hole right into the middle of her YouTube schedule. Instead, she will be returning to her usual streaming days.

“I know some of you are going to be very happy about this,” the 100 Thieves co-owner said. “I am happy to announce I will not be going away for a month anymore.”

The star, dubbed by many the “Queen of YouTube,” had warned fans earlier this month that she would be taking some time away from broadcasting. Valkyrae had not been specific about why she was taking the break, but did hint it was to manage a mysterious project she had on the boil away from streaming.

The mystery, in the end, didn’t matter—Valkyrae has binned the plans. And, despite “originally being excited,” the star is happier she scrapped her time away.

Valkyrae recently missed five days of broadcasts, stopping her daily schedule on April 14 to attend Coachella in the Colorado Desert. That, on top of 100 Thieves requirements that kept her from streaming, put a dent into her streaming plans. After being on and off multiple times already this month, Valkyrae decided she was no longer comfortable leaving her streaming community again.

“There is other stuff happening and I had to really weigh the pros and cons of all these things that I was missing. Everything just kept changing. First I had a whole month to really prepare, then it came down to a few weeks of me needing to leave and I just felt no longer comfortable about doing it anymore.

“A month is a long time!” she added. “I was just gone for what, four days this past week? It felt like decades! [That Coachella trip] actually felt like a really long time.”

This year has already been a simmering hit for Valkyrae, who has piled on 10 million video views since announcing she would be staying with the Google-owned platform after her original two-year deal ended. Dot Esports understands the 100 Thieves owner inked a two-year extension, taking her to Jan. 2024.

Valkyrae was also nominated for Best Variety Streamer at the inaugural Streamer Awards earlier this year, though Moistcr1tikal beat her out for the fan-voted gong.