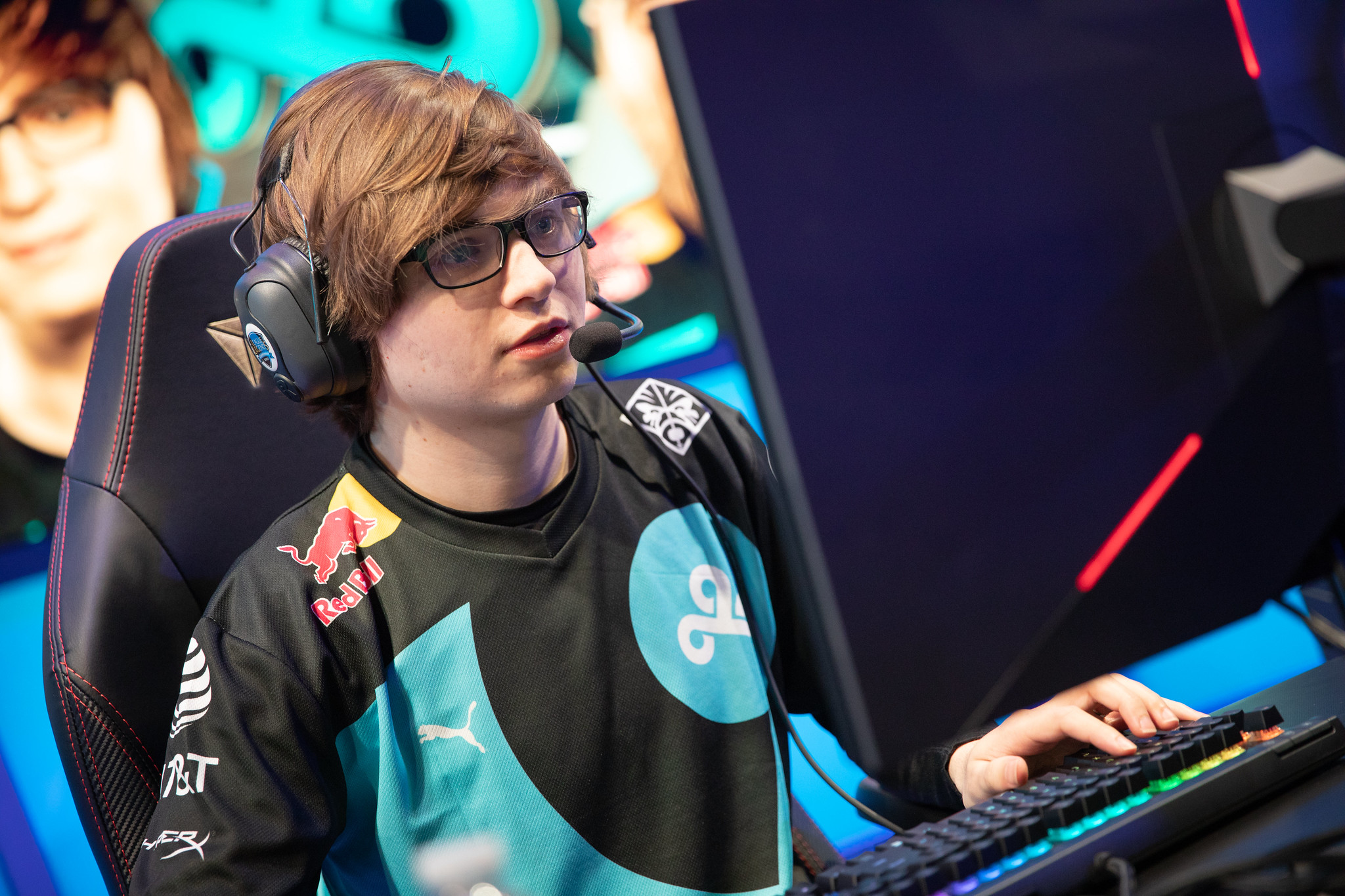 Former League of Legends pro Zachary “Sneaky” Scuderi has returned with another cosplay today just in time for the holiday of love. This time, however, he’s dressing up as Vanilla from the Japanese manga and anime Nekopara.

The streamer shared the photoshoot on Twitter, posing in a blue and white ensemble. In the photos, he sports thigh-high socks with a pair of white heels and long white gloves to match. Sneaky wears a wig closely resembling Vanilla’s long white pigtails, and dons a cat-eared headband to tie the look together.

Sneaky’s new Nekopara Vanilla cosplay is the second look he’s shown off since his move away from professional League of Legends into full-time streaming. The former AD Carry posed as Star Guardian Xayah last month as his first cosplay since stepping down from Cloud9’s player roster.

Sneaky announced his departure from the competitive scene last month. But although Sneaky won’t be playing on stage in the 2020 LCS Spring Split, he said he “still [has] the competitive drive” and would consider returning to pro play in the future. And despite leaving Cloud9’s player roster, the 25-year-old remained with organization as an owner and adviser moving forward.

Related: Licorice says Cloud9 has a chance to remake the team culture after big roster shifts

Shortly after Sneaky stepped away from the professional stage, he signed with United Talent Agency to represent him in his streaming career. UTA represents other big-named streamers and celebrities, including Post Malone, Pokimane, and Disguised Toast.