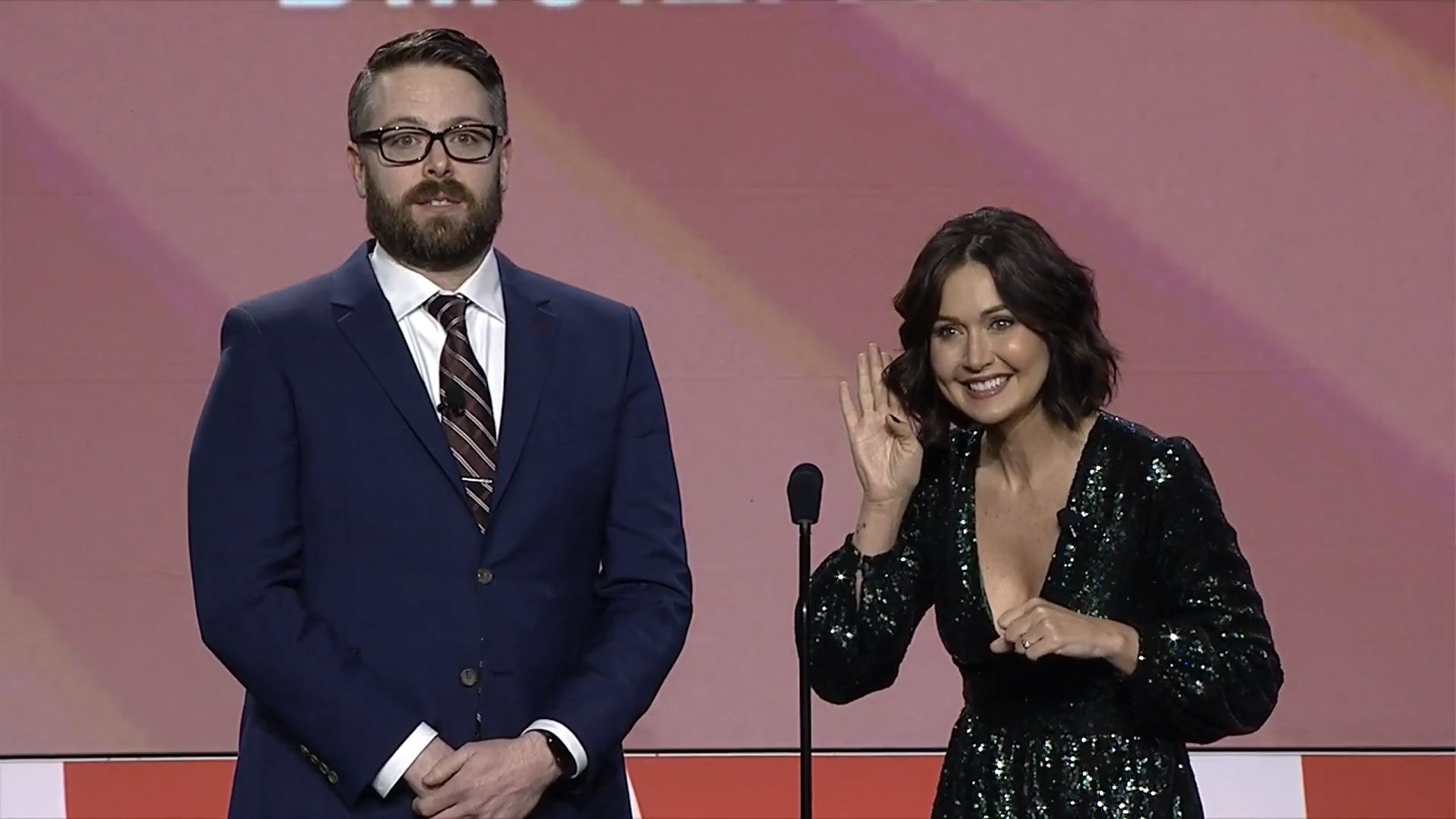 Warcraft III: Reforged has been lambasted on review sites, bombed on Twitch, and now live on stage at an award show.

Jessica Chobot, known for her work as the presenter of IGN Daily Fix and Nerdist News, was co-hosting the 23rd edition of the D.I.C.E. Awards with Greg Miller last night. As they both took the stage to introduce the various games and nominees of the night, Chobot didn’t pass up the chance to take a shot at Blizzard’s Warcraft III: Reforged.

Chobot began by asking Miller if he had played Telling Lies, a narrative game that uses live-action video, which Miller snappily confirmed. Chobot then segued into an explanation of the title, using the game’s on-the-nose title to take a jab at Warcraft III‘s disastrous release.

“[Telling Lies] is about Blizzard making Warcraft III: Reforged,” Chobot said, to a chorus of oohs and aahs from the audience. She wasn’t done quite yet, however, and proceeded to permanently immolate the developer.

“I’m sorry, I can’t hear you over the sound of Blizzard censoring everybody,” Chobot said. “Too soon?”

Chobot wasn’t the one to get the last word in, though. Miller proceeded to agree that Chobot’s burn was “just enough” before unleashing his own zinger.

“Of course, everybody free Hong Kong,” Miller said. Those were Miller’s last words before finally changing the topic.

Blizzard has been under intense scrutiny not just for Warcraft III‘s issues, but its poor handling of Hearthstone pro Chung “Blitzchung” Ng Wai’s protest during a Grandmasters stream last October. Blitzchung said the slogan of the Hong Kong protest movement live on stream. Blizzard initially suspended the player for a year from official tournaments and confiscated the player’s Grandmaster earnings.

Public backlash combined with an open letter from U.S. Senators caused Blizzard to backtrack on its decision, reducing the ban to six months and returning the prize money to Blitzchung.

The D.I.C.E. Awards are the “most credible, respected and recognized awards for the interactive entertainment community.” A total of 65 titles released in 2019 were up for awards last night. Votes were cast by the academy’s 33,000 strong membership base.