Esports Bar is here again— with a few notable additions. 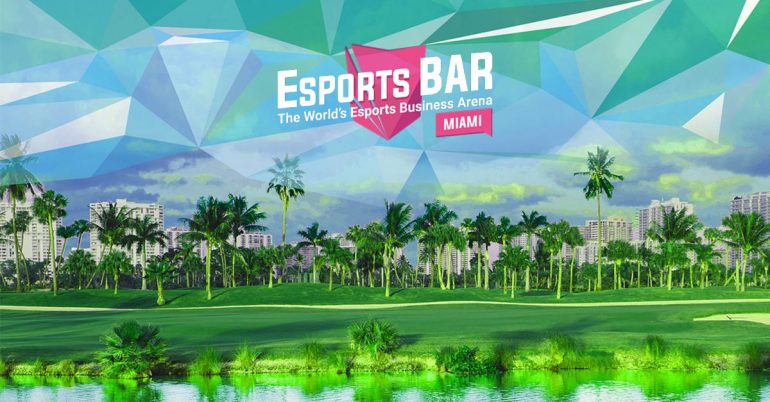 This story is brought to you by The Esports Bar.

Esports BAR Miami is going to bring the top minds in esports together for a conference in October that is focused on creating connections and educating attendees on various parts of the business of esports.

By giving esports management, executives, and other top-level figures a place to connect, Esports BAR is trying to push what the esports community can do by bringing people together.

As a business event specifically catered to esports, executives take part in various forums formed around business strategy and showcasing new movements within the esports scene. This is all headed by an advisory team of people who work at the highest level of esports.

The newest member, joining the likes of ESL CEO, Ralf Reichert and the head of esports at Twitch, Justin Dellario, is Stuart Saw.

Saw is the senior vice president at Endeavor, where he leads global esports strategy and works closely with brands while managing partnerships with other organizations. He spoke with Dot Esports about his thoughts on the current state of the esports scene, franchising becoming more common, and his reasoning for joining Esports BAR’s advisory board.

The rapid growth of esports is something that many investors are jumping in on now. Do you think that there is a threshold that this boom in the industry will hit and then surpass? Or is there a point that you think esports will crest and then either decline or be forced to sustain?

Stuart: Esports will need to start to demonstrate revenue in the near term. Right now you have esports teams with valuations similar to those of Premier League soccer clubs who are generating hundreds of millions in revenue. If there is not an uptick in sustainable long-term revenue streams for the teams, you’ll start to see down rounds.

What is your take on the franchising of esports teams/organizations that has been happening more frequently over the past few years? Is that the future esports is headed towards, where names like FaZe or NRG are left behind in favor of names more marketable to the mainstream?

I’m not a fan of franchising – esports has very limited barriers to entry, so why add new ones? The purchase price of a franchise slot and required physical infrastructure is currently not additive to the esports narrative. A TSM or G2 who were built by retiring pro gamers who felt they could add something more to the industry is more valuable and additive than someone entering the space purely for profit.

I will say that the Overwatch League has created a very sellable product via franchising and they should be commended for the way that they’ve enabled brands to enter the space; however, I think there’s a half-way between traditional esports teams and franchises that can still be as commercially viable.

Connections are one of the most important aspects in any field, but in esports, they truly do mean everything. What are the aspects of the industry that you see in your work that make keeping and making connections so important?

Esports is still a relatively small industry and as new people enter, they will seek recommendations of their initial contacts. As esports grows, keeping a solid and ever-expanding network will only be more and more important.

You have experience with growing and seeing the behind the scenes of streaming culture. What do you think is the biggest appeal of streaming (specifically video game related) is since it has become such a staple of internet culture?

Streaming is about choice – it’s not just that I can watch content about games, it’s that I can watch content about my game, from someone who plays like me, talks like me and with people who react like me. It’s hyper-personalization. On a channel-by-channel basis that can be small but aggregated on platforms like Twitch, it has created a powerful movement that is now recognized as a whole.

How do you think the streaming process for events such as Overwatch League, EVO, or other big tournaments will evolve even over the next year? Is there one aspect that you see changing for these models soon?

The biggest issue in the esports streaming market is that the media revenue is weak. Content license fees don’t represent the same portion of the overall revenue in esports that they do in traditional sports and that is outside of the tournament operator’s control.

The reason for this is that the content is wildly unprofitable for the platforms – high adblock rate and low direct monetization (subscriptions) make esports the most unprofitable content. There’s no end in sight to this issue and it will soon (if it hasn’t already) start to hold esports back.

This is the most generic question here, but I have to ask anyways. What is your favorite aspect of the esports community/industry? And is there one thing you are excited to see out of esports in the future?

Community is the keyword. I grew up in a gaming community (Return to Castle Wolfenstein & Enemy Territory) that outdid any other community. We had no support from outside brands or the game developer, so LANs, meetups, anti-cheats, and tournaments all had to be organized by the community for the community, and we created something that outlasted the games expected shelf life.

These incredible stories of people coming together exist all over the esports landscape and what’s unique is that the stories are usually exclusively positive and devoid of the prejudice we see in our normal lives. It’s very refreshing.

What was your biggest reason for joining the Advisory Board of ESB? Was there something they do that just pulled you to the position?

I think ESB is offering something unique. It’s an excellent opportunity to cross-pollinate our industry and I’ve witnessed many people genuinely interested in supporting one another’s businesses at the events. Esports is tribalistic and fragmented, and ESB is helping solve some of that.

Saw will be part of the VIP Arena at Esports BAR Miami from Oct. 2 to 4 which you can learn more about on the Esports BAR website including more about some of the business specifics in esports.