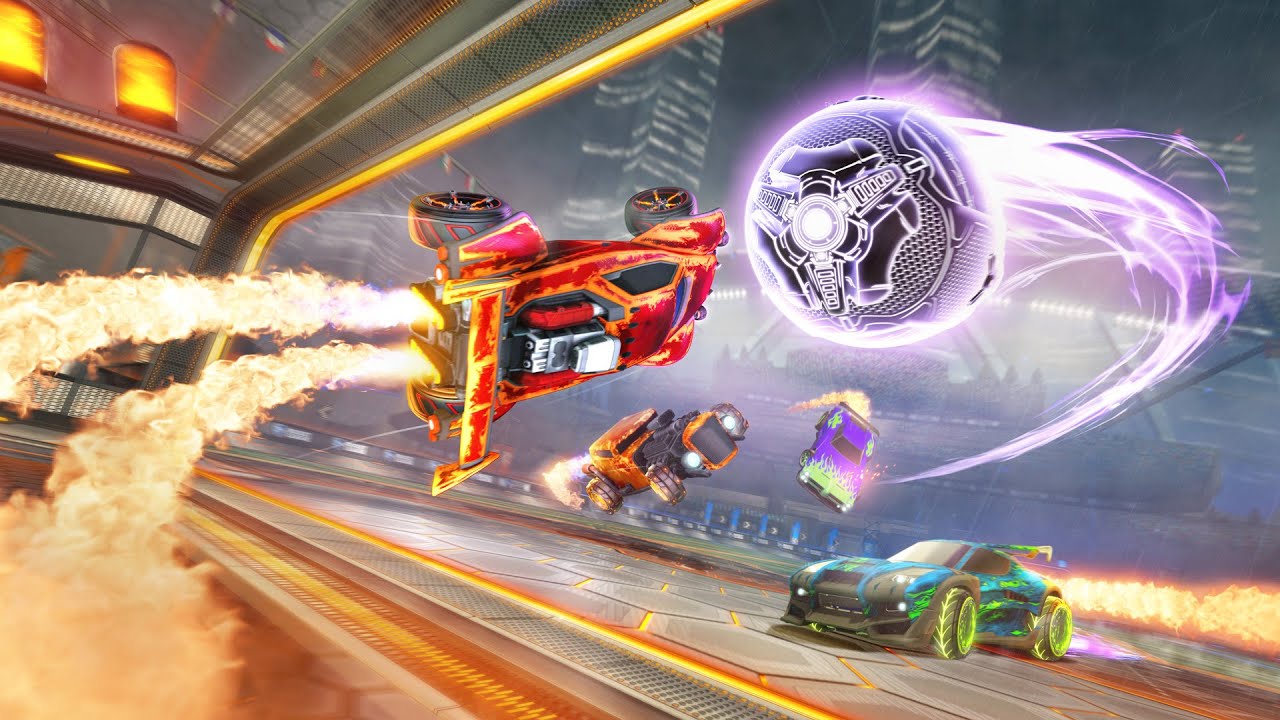 There are a lot of possible moves you can do during a match in Rocket League. Yes, the focus is to always score goals because it is the main winning condition of the game. But pulling off these goals can be handled in many ways, including the ever-so-famous flip reset.

If you are a dedicated Rocket League player, there is a good chance you know that once you can do flip resets in a consistent manner, your skill level is probably improving. This type of mechanic is not just flashy but it can be one of the most effective ways to score goals and dominate the opposing team’s defense.

But what exactly is a flip reset in Rocket League? This mechanic is when you aim to score a goal while your Battle-Car is in midair. But that’s not it since all four of your wheels should also touch the ball to push it until it reaches the goal. And as easy as it may sound, doing this will require a lot of practice to get it down consistently.

Hitting the ball stronger could result in the ball taking flight faster and you might not be able to catch up once that happens. But hitting it weaker than the right force might just hold back the flip reset you are supposed to set up. So you’ll need to have the patience to practice this part alone.

But the setup is not the hard part. It’s actually the easier part of the process. To move on, all of your car’s wheels should touch the ball. This is where you will do the “flip” aspect of the flip reset. Keep your momentum while you’re in the air by jumping, boosting, and air rolling. This will allow you to be in the air longer while catching up to the ball that goes in an upward trajectory after your first hit.

Once the ball reaches its apex and the momentum starts to go downward, get ready to touch the ball with your four wheels to execute what will set up the goal. Establish a collision wherein the force of the ball going down meets with the force of your Battle-Car that is chasing the ball with its speed rather than just plainly going after it. Target the bottom right part of the ball to have proper power and direction to aim for the goal more efficiently.

But you don’t just aim to score a goal once you have touched it. The flip reset will also depend on the post setup wherein you can either delay the final hit by, again, jumping, boosting, and air rolling a couple more times, or when you want to kick it and target the goal the moment you do the flip. The second option is riskier to do but it’s easier, especially when you are still in the first days of doing a flip reset. But it is also less consistent compared to the more strategic delays you can pull off to properly execute a flip reset goal.

There is proper timing to do a flip reset. Even if this move is one of the best options you can use in Rocket League, that doesn’t mean you can do it anytime you wish. You have to check several factors such as the opponent’s defense. If they properly anticipate that you plan to do a flip reset, they might do a two-one split defense by double-teaming you while the other player is defending the goal.

If they respond to the flip reset quickly, think fast to try other options instead of rushing to do an attempt. You can pass the ball to your teammate, and you can always set up another flip reset, especially if you and your teammates can establish a misdirection of some sort to create enough space to pull off another try.

If you want to practice your flip reset, you can use the training pack with the code 1F27-4030-7FDE-B4D5. Using this will allow you to train right from the beginning of doing a proper flip reset up to the point where you can consistently do it by having a grasp of the right timing, power, and delays to score more efficient goals. Yet, of course, the best way to try it is by doing it in a real three-vs-three match. You can begin by trying it in free play. Then, once you are confident enough, the real test will definitely come if you can attempt to do it in an actual ranked match.

Do not rush things and make sure you have enough time to confidently do a flip reset in Rocket League. And once you can, it’s showtime.