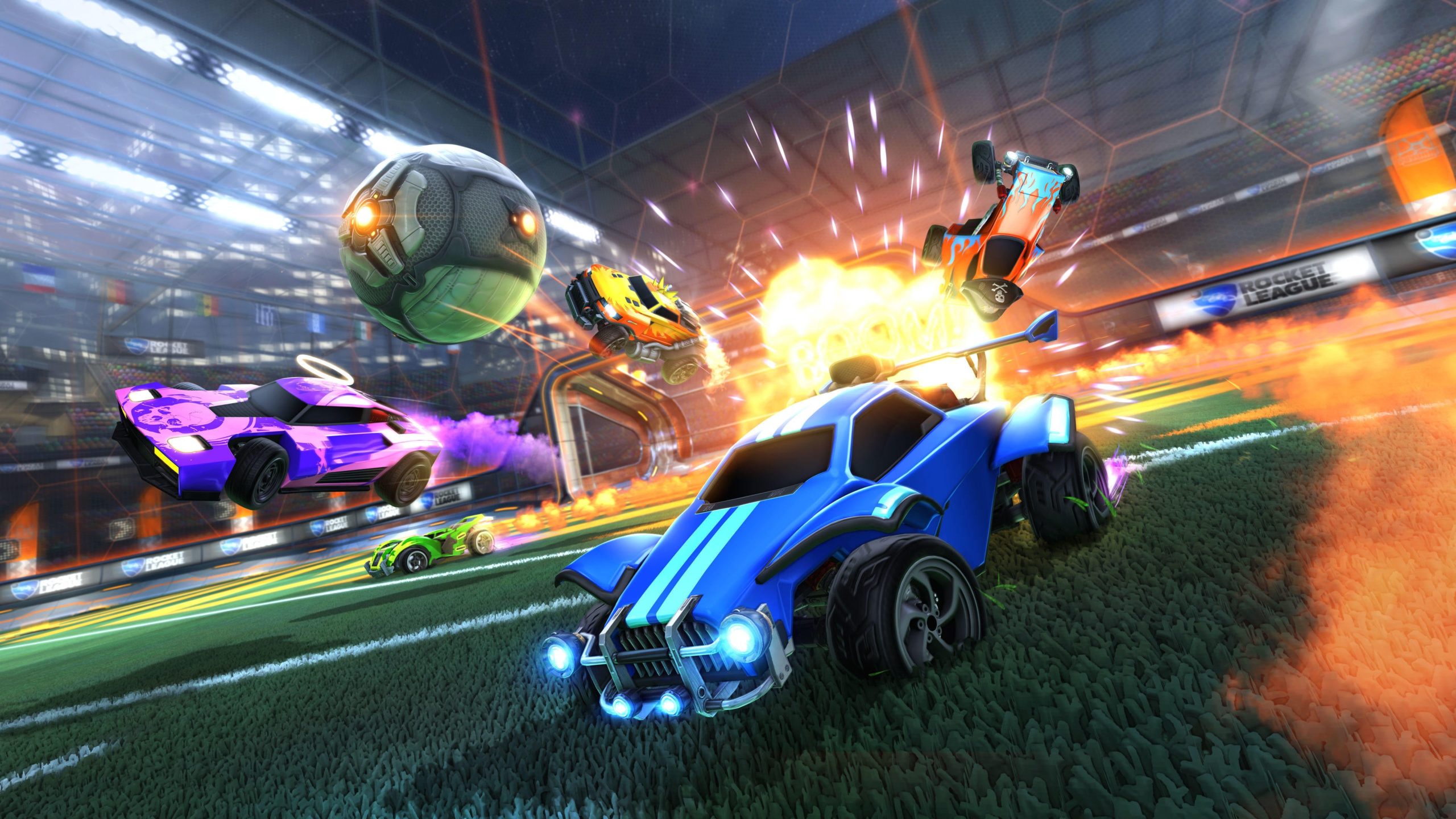 The internet quality that players have available right now is miles better than what was available during the 2000s, the early days of online gaming. Lag and high ping were rampant problems back then, and they still continue to exist—in a minor capacity—even today.

While a faster internet speed will allow you to download games more quickly, playing them won’t demand much speed. Games like Rocket League require a stable internet connection for a smooth gaming experience. Your connection itself, though, will be more important than your overall speed.

Some players confuse lag, which is a network issue, with frame drops. FPS-related issues generally occur due to insufficient hardware, and can often be fixed by tinkering with settings. We’ll be going over both cases in this article to help you improve your gaming experience in Rocket League.

If Rocket League’s servers are down or experiencing an error, you won’t be able to fix your lag via troubleshooting. In cases like this, it’ll be up to Psyonix to get its servers back into shape.

You can check Rocket League’s server status through the RL_Status Twitter page, where the devs post regular updates when there are errors affecting the player base.

The best and fastest way to troubleshoot your home network will be through resetting your router. Once you perform a reset, you’ll re-establish the connection route between you and your internet service provider (ISP), which will do the same for your connection to Rocket League’s servers.

While you’re at it, it’s also a decent idea to restart your gaming device as well just to cover both bases since software glitches and rogue processes can cause lag in some circumstances.

Even if you have the fastest internet, dividing your connection between different tasks can cause it to struggle.

Other devices on your network, including downloading updates, can cause lag problems in Rocket League.

Navigate to your Task Manager and see if any applications are running in the background. Terminating third-party programs that don’t have anything to do with Rocket League before you launch the game will be the way to go since you’ll want your bandwidth to prioritize the game.

Similarly, you should repeat the process above for other devices connected to your home network. Phones, tablets, or even consoles can download updates on their own, which can negatively impact your gaming experience. Enabling airplane mode on these devices or just manually stopping any updates should be enough to reduce your lag if that’s the source of your issues.

Like Rocket League‘s servers, DNS addresses can also go down on rare occasions. Most players use the default DNS addresses their ISPs provide, and these can go down when your ISP has an internal problem.

To troubleshoot your DNS address, you can change it with a commercially available one like Google or OpenDNS. If your lag gets fixed after trying out a different DNS, then you should continue using the new one until your old DNS is fixed.

Try out an alternative connection

The quickest way to know whether a home network is to blame for your lag issues will require testing out a completely new connection type. Using your phone’s mobile data will often be the most convenient way.

Turn on the mobile hotspot feature of your phone and try playing Rocket League with your cellular data. If the lag diminishes, you should ask your ISP to run a diagnostic on your home network. With the tools at its disposal, your ISP should help you to fix the problem.

While there is some decent porting software on the internet, most players make the mistake of downloading unknown freeware that claims to fix their lag problems. These programs often claim to use a kind of porting system, but the ones that generally work are subscription-based and have a decent reputation in the gaming scene.

We don’t recommend downloading unknown programs to fix lag problems, since they can also be infecting your computer as most of these programs come from unknown sources.

Follow the steps above instead, and if the issue still persists, consider asking a professional to take a look at your home network.

How to increase your frame rate in Rocket League?

Some players confuse the lag associated with a poor internet connection with dropping frames while playing the game. While lower frames can make it feel like you have some lag, it’s a completely different situation.

Players looking to increase their frame rates in Rocket League will benefit the most from decreasing their in-game graphs settings. Setting everything to low will reduce the strain on your system.

Rocket League may look slightly worse after decreasing your settings, but the performance gain could be worth it.

Optimize your operating system for gaming

This method only applies to Windows players since other platforms are only focused on gaming. Windows as an operating system comes with many useful features, but some of them may cause your system to underperform while gaming.

Several guides walk players through optimizing their operating system for gaming. While this method will be less effective than reducing your in-game settings, it should still net a few extra frames, which can come in handy.

If your gaming system is getting too old to keep up with the modern age of gaming, then it might be time to make some changes. Rocket League isn’t the most resource-intensive in the world, so not being able to maintain a smooth frame rate while playing the game may give out your current system’s age.

Upgrading to a more recent system with at least mid-tier specs should be enough to solve all of your FPS problems in Rocket League and set you good for years to come.