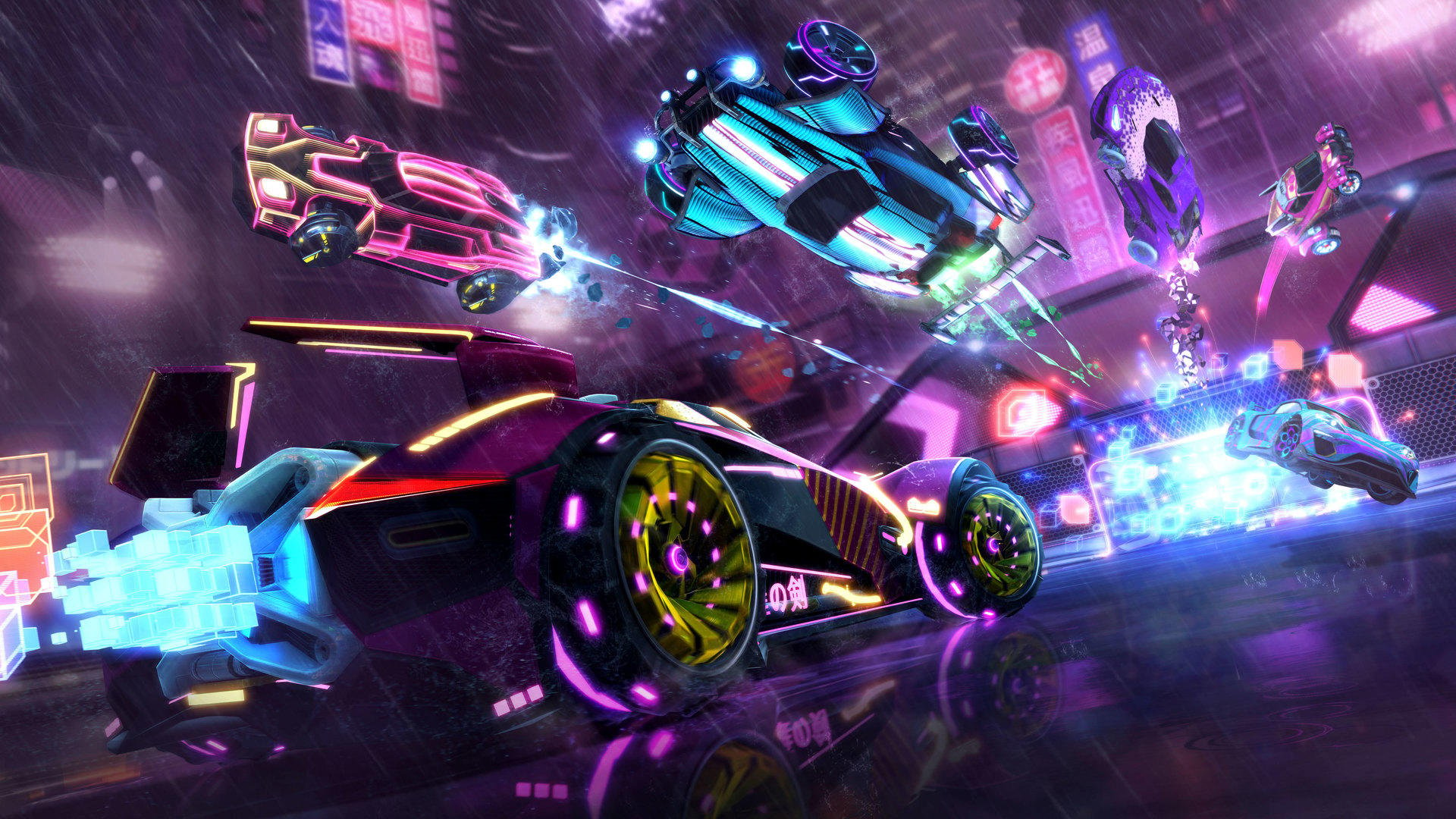 There are a variety of different cars available to use in Rocket League. Some are available from the first launch of the game, others must be unlocked through gameplay, and the rest must be purchased in DLC packs or crates.

The different cars feature a variety of different hitboxes and handling attributes, which can change how your car interacts with the ball or just how fast your turns can be.

The truth is almost any car can be good in Rocket League once you learn how to use it (with the exception of maybe the Scarab, which is a lost cause). But there are a few cars that stand out above the rest at higher levels of the game.

Here are some of the best cars available to use in Rocket League.

Although the Octane is a default car when you first fire up Rocket League, it’s still considered the best car in the game by a wide margin. Since the release of the game, it’s remained the most popular car to pick in both amateur and professional play. It’s popular because of its tight turning radius, excellent hitbox, and overall accurate design.

The Octane features a versatile rectangular hitbox, which provides a decent surface area to the front of the car without making it feel too boxy. It has responsive handling with a tight turning radius and the car’s profile is high enough off the ground that it can make moves on the ball both on the ground and in the air.

There are actually a number of cars that feature the Octane hitbox, such as the Takumi and the Twinzer. These can also be great options, though most high-level players prefer the standard Octane to other variants because the standard Octane car model matches well with its in-game hitbox.

The ’16 Batmobile is another popular pick among high-level players. The ‘16 Batmobile battle-car was introduced to the game on March 8, 2016. It’s the longest car in the game and features a plank hitbox. This car has been favored by many high-level players because its angular design allows the car to pull off powerful precision shots and the long flat frame can be an effective tool for dribbling and shooting while in the air.

Unfortunately for players, the ‘16 Batmobile is no longer available for purchase. So unless you have an account that already bought that pack, you can’t get this car normally and must wait until Psyonix reintroduces it in the Item shop, such as during the 2021 Haunted Hallows event. Luckily, there are a few different cars that share a similar hitbox, including the Artemis, Centio, Mantis, and Sentinel. You can achieve similar results using any of these plank type cars if you don’t have the ‘16 Batmobile.

The Dominus was a DLC car when it released on Aug. 13, 2015 as part of the Supersonic Fury Pack. After Rocket League‘s switch to Blueprints, though, it’s become available for free without purchase on all accounts.

After the Octane, the Dominus is the most popular car pick at high levels of the game. It shares many of the advantages of the Batmobile plank type cars in the air, but it handles corners better than the plank hitbox cars. For some players, the Dominus offers the best of both worlds between the plank hitbox and the Octane hitbox, handling in the air like a plank car and handling the ball of the ground like an Octane.

There are over 20 cars in Rocket League that use the Dominus hitbox. Those cars include the ‘89 Batmobile, the Dominus GT, the DeLorean, and the Aftershock. But the classic Dominus remains the model that most closely matches the actual hitbox you’re working with, so it’s still the most popular version of the vehicle.

The Breakout is one of the three default cars alongside the Octane and the Merc. The Breakout isn’t nearly as popular as the Octane, the Dominus, or the ‘16 Batmobile, but this car can definitely get the job done when put to the test.

It features a reasonably effective hitbox that functions like a slightly wider and shorter version of the Dominus hitbox. Although it’s definitely more clumsy in the air than the Dominus, it’s a decent option for players who don’t have a Dominus or a car with the Plank hitbox.

Although the Breakout is a rare sight at the highest levels of Rocket League, it isn’t totally unheard of. In particular, freestyle players have been known to make use of the car to pull off their wild aerial maneuvers. Several cars share the Breakout hitbox, including the Cyclone, Samurai, and the Animus GP. If you’re just getting started with Rocket League and can’t wait to unlock a plank hitbox car, the Breakout is a serviceable alternative.

The Endo was first released on March 22, 2017. This car is only available through Blueprints and occasionally in the Item Shop, so getting your hands on it can be a little difficult. This car features the Hybrid body type, which is overall more boxy than most of the other cars on this list. The Endo is longer than the Octane but shares a similar width and height to the Octane’s hitbox. It also feels taller than the Breakout’s.

The biggest drawback to the Endo is that it isn’t as good at cornering as the Octane, Dominus, or Breakout. What it lacks in turning radius, though, it makes up for with its in-air handling. Flying upside down with the Endo feels amazing and its longer design can help generate power where an Octane might struggle. This car might be worse than the Octane in some ways, but it’s still a great option for anyone who’s looking to switch off the standard best practices and try an outside-the-box car.

The Aftershock was released on July 5, 2016, as part of the Rocket League Collector’s Edition, so you need the DLC to play with it or get lucky and receive it from drops. It has the Dominus hitbox but is quite fast for its heavy feel.

You can have a great sense of control with this car, which makes it perfect for offensive gameplay and to score as many goals as possible. It’s a great option among the Dominus hitbox cars to choose from.

If you like to play defensively, the Marauder is a good option to play as a goalkeeper of sorts. It was part of the Rocket League Collector’s Edition DLC, then became available for purchase individually. Now, though, players need to obtain it from drops.

The Marauder has the Octane hitbox, the same as one the best cars in the game, but with a bulky and tank build. Because of that, it feels heavy when driving. But that’s what makes the hits feel more powerful as well. Its big size can cover a large area to defend the goal while intimidating the opponent.

The Mantis is a great car that you can play with if you like the ’16 Batmobile. It was released on May 10, 2017, and could only be obtained from the Nitro Crate. Its addition was actually a response to players asking for a car similar to the Batmobile.

It also has the Plank hitbox, so you’ll have to jump a lot while playing to pull off flips and use its flat build most effectively to score goals, stop the ball mid-air, and play offensively.

The Nimbus is one of several Hybrid cars available in Rocket League, like the previously mentioned Endo. Since it has a Hybrid hitbox, you can have a versatile playstyle with its short and narrow build. It has a similar feel to the Dominus, so it’ll be an easy migration to the Nimbus.

The Merc might not be everyone’s cup of tea because of its massive hitbox size. But its size can work wonders to defend goals, hit the ball in the air, or just throw yourself against other opponents and explode them.

It became available on July 7, 2015, with the game’s release, so you can play with it right from the start. You can trade some painted variants, but it’s a common car. The Merc and the Battle Bus are also the only cars with the Merc hitbox.

The Merc won’t give you speed, though, only strength. It’s good for beginners who don’t know how to play with strategies, jumps, or flips. It has a straightforward playstyle with its unique build—hit the ball with everything you have.

At the end of the day, what car you use comes down to personal preference. If you like a car that isn’t on this list, that doesn’t mean you’re wrong. Use whatever feels good to you, have fun, and don’t be afraid to try something new.

There are players who will never try any cars outside the Octane, and that’s fine. But if you explore some of these other options, you may be surprised how much fun you can have using all of the different cars Rocket League has to offer and with how different hitboxes may affect your playstyle.