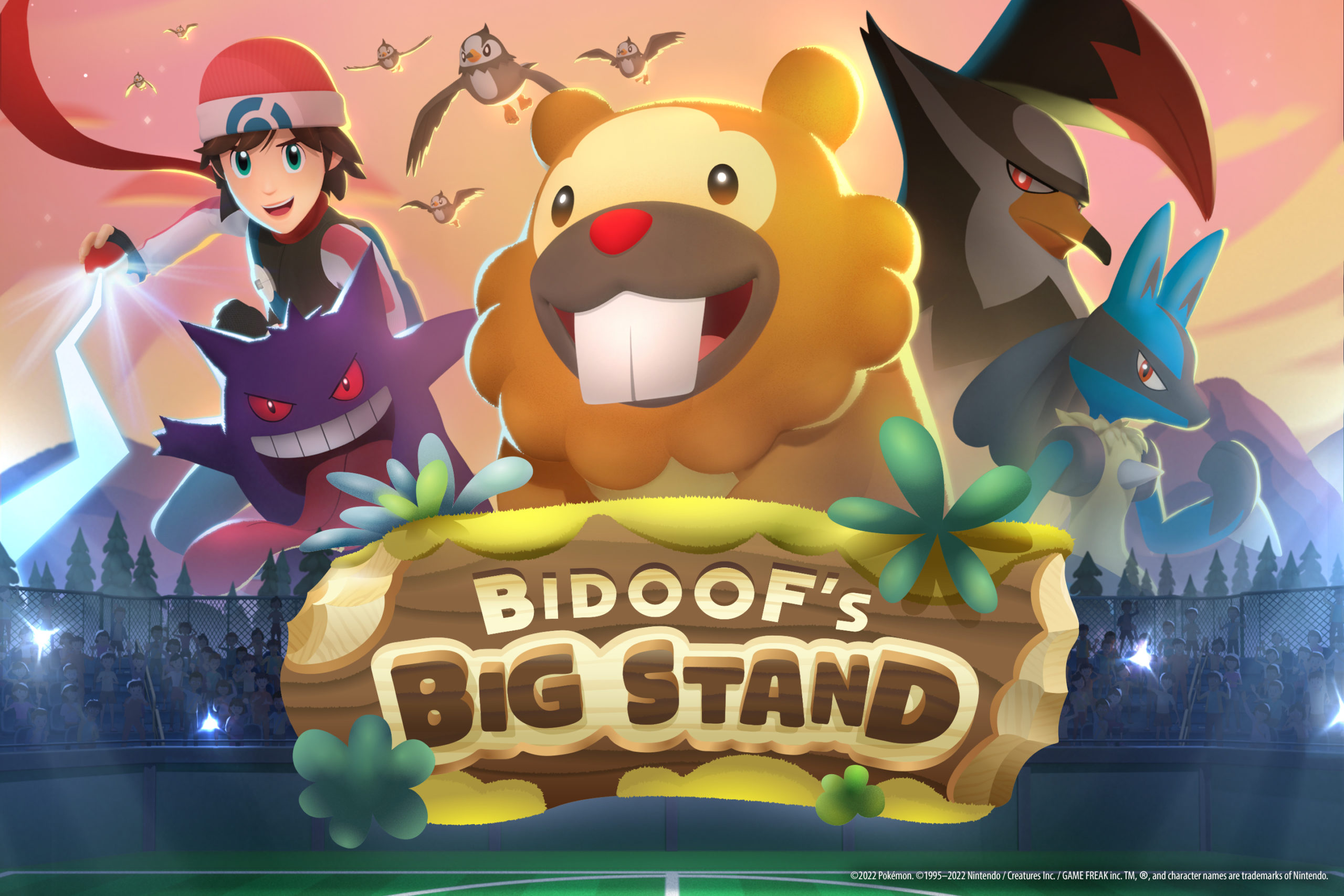 The Pokémon Company recently released “Bidoof’s Big Stand,” a heartful animation centered around a Bidoof’s journey to find its place in the world—and it’s a must-watch for any Pokémon fan.

Anyone who’s played through the Sinnoh region at one point has owned a Bidoof, an early-game Pokémon throughout the Sinnoh region games. Usually not considered a great Pokémon in battle, Bidoof has become synonymously known as the Sinnoh region’s “HM slave,” a term used to describe a Pokémon who can use a wide range of HM moves. But recently, TPC released a video showing the journey of a Bidoof looking to break the stereotype bestowed upon it for years.

The animation begins with a Bidoof going around cutting everything it sees, while simultaneously making other Bidoof angry at it, eventually being forced to run away from its kind. It finds an Oran Berry, but just when it’s about to eat it, a flock of Starly and a Staraptor begin to chase it down. As it’s about to get attacked, a mysterious blue orb attacks the Flying-type, chasing it away.

We’re then met with a trainer and his Lucario, where the Bidoof gets enamored by their high five. As the duo is about to walk away, Bidoof notions that he’d like to join the trainer on his journey. While hesitant at first, he accepts the Bidoof as his own and captures it.

Both Bidoof and the trainer go on a journey through the Sinnoh region, but we come to find out that Bidoof gets used primarily to cut obstacles down like trees and protruding boulders, deeply saddening the Plump Mouse Pokémon. The video then brings us to a six-vs-six Pokémon battle where Lucario, the trainer’s second-to-last Pokemon, is knocked out, leaving just Bidoof.

With just one Pokémon left for each trainer, Bidoof, initially ready to battle, is met by a Staraptor, scaring the video’s brown protagonist. But with encouragement from its trainer, Bidoof is able to take down the Staraptor, resulting in one of the most heartfelt high fives in Pokémon history.

The video has been well-received by the Pokémon community, with many noting its brilliant storytelling in a short eight-minute time frame. And while some fans were wondering why this video wasn’t released on Bidoof Day, a Pokémon Go event that took place on July 1, the TPC had a justifiable reason.

Whether it’s the party’s star en route to a Pokémon League victory or the resourceful bench Pokémon to get around Sinnoh, Bidoof is sure to leave an imprint in every Pokémon player’s heart. Players can raise their own Bidoof in Pokémon Brilliant Diamond and Shining Pearl, remakes of the original Sinnoh region’s games released in 2006.