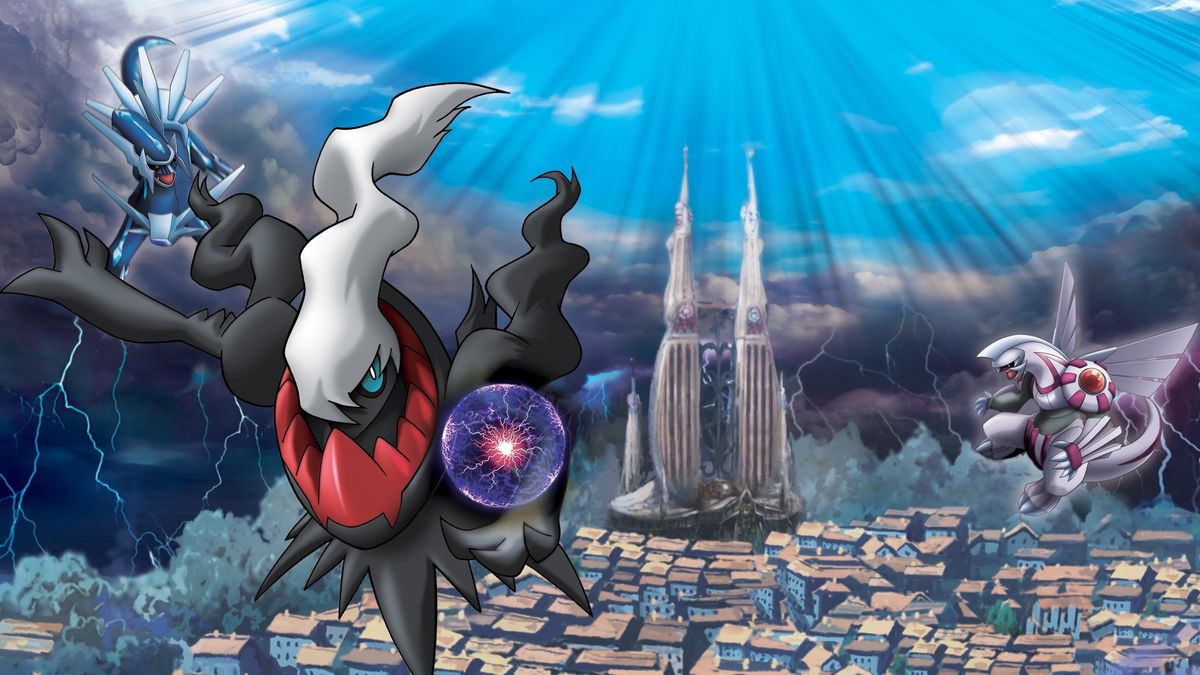 Another trademark for The Pokémon Company has been filed which could be hinting at an upcoming trading card set and this time it has a ghost-like spin on it.

As posted to Pokémon forum PokeBeach, the trademark “Dark Phantasma (ダークファンタズマ)” has been discovered, which was filed by Nintendo in association with Creatures and Game Freak. This name could be linked to the two previous trademarks Time Gazer and Space Juggler, which were first reported last week, or it could be a separate drop. Regardless, with a name like Dark Phantasma and the move into the Sinnoh region coming next year, it is likely that it represents either Darkrai or Giratina.

Both generation four legendary Pokémon will be available in the upcoming Pokémon Brilliant Diamond and Shining Pearl games that are set to hit stores on Nov. 19, 2021. Darkrai is a dark-type Pokémon while Giratina is a Ghost-type so determining which of these two the trademark is linked to won’t be possible until more information comes to light.

Typically, trademarks for Pokémon TCG sets are found around six months before the set hits stores so if that is the use for this name then we could be seeing Dark Phantasma sometime around March next year.

Before we get to these currently unannounced sets there is quite a bit for Pokémon fans to look forward to between the 25th Anniversary Collection in October and the Fusion Arts set later this month, which will bring a whole new mechanic into the game.