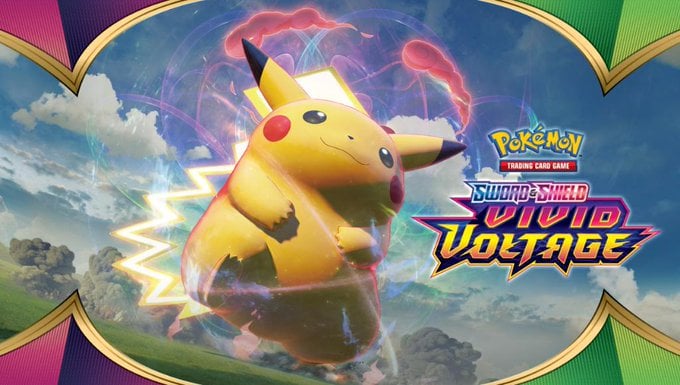 Sword & Shield—Vivid Voltage will continue to bring Galarian Pokémon to the TCG and will introduce the Mythical Pokémon Zarude alongside Pikachu VMAX, Orbeetle VMAX, and Colossal VMAX.

There will be more than 185 cards in this set, including 11 Pokémon V and six new Pokémon VMAX. Players will also find over 15 Trainer cards and four new Special Energy cards.

This new TCG set will be first released on Sept. 18 in Japan under the name Astonishing Volt Tackle. It’ll focus on Electric-type Pokémon and will mark the first time a Gigantamax Pikachu card is included in a set.

Trainers will also find a new type of card in the set called Amazing Pokémon, which features legendary or mythical Pokémon illustrated in vibrant colors and made with foil and etched details.

The last Sword and Shield set, Darkness Ablaze, was launched this month on Aug. 14. The next scheduled expansion in line is Champion’s Path, which will start launching on Sept. 25.