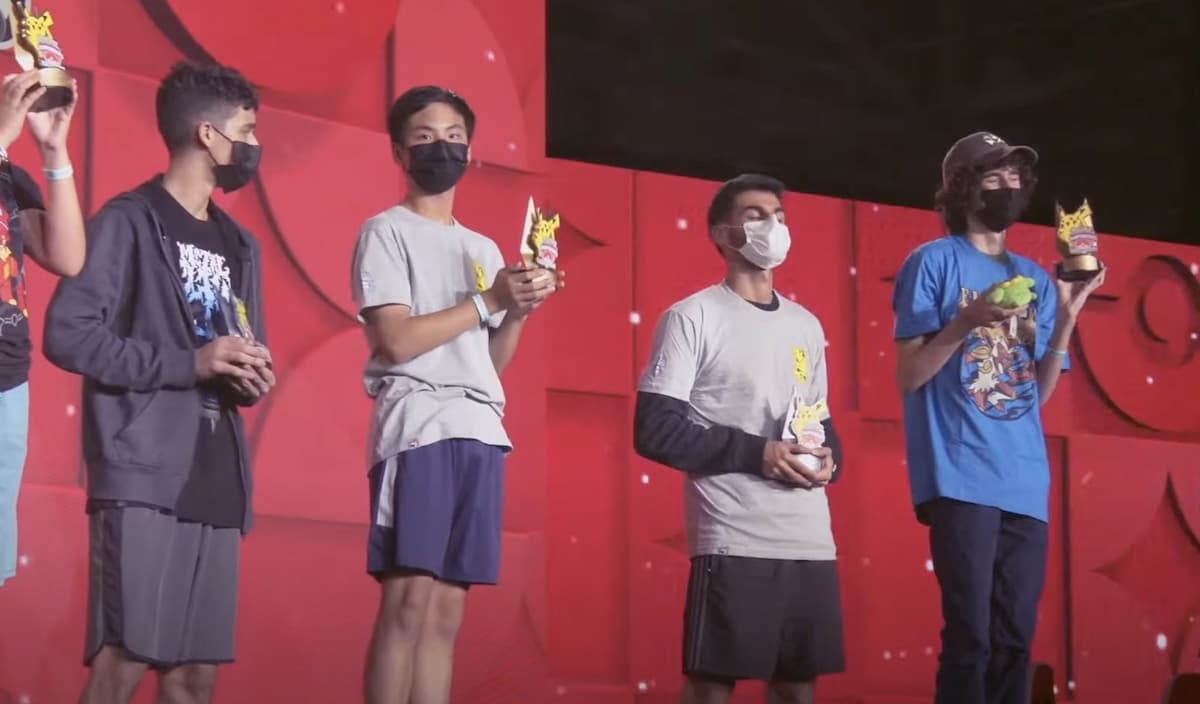 With the 2022 Pokémon World Championships less than two months away, the North America International Championships was one of the final hurdles for players looking to earn a place at the competition or polish their skills against some top representatives across Pokémon TCG, VGC, Pokkén Tournament DX, and Pokémon Go.

In the TCG, Azul “AzulGG” Garcia Griego claimed the Master Division title, showing that all of his preparation and deck testing streams have paid off.

Azul survived a series of challenges throughout the opening days, and his top eight run involved three straight rounds of 2-1 victories that he managed to clean up with his Arceus VSTAR/Flying Pikachu VMAX core. This is Azul’s first International Championship title and he is now the first American winner of an NAIC event, according to PokéStats.

Here is the full set of results across divisions for the TCG competition at 2022 NAIC Columbus.

On the VGC side, it was a return to the top for 2018 Pokémon World Champion, in the Senior Division, James Evans who defeated veteran top finisher Gabriel “AgatiGa” Agati 2-0 to cap a strong tournament run with an emotional pop-off.

Previously this season he reached the top four at the 2022 Milwaukee Regionals, and this is his second career International Championship title, though it is his first in the Master Division.

Here are all of the results across divisions for the VGC lineup at 2022 NAIC Columbus.

Chaz “Mewtater” Wright managed to lock down the Pokkén Tournament DX Master Division title in a tight 3-2 win over Elm that involved multiple character swaps throughout the series. And in the Go finals, ItsAXN narrowly defeated Andrew Manjarrez after both players suffered a double KO to draw in a tournament-deciding 2-2 series.

Here are the full standings for both Pokkén and Pokémon Go at 2022 NAIC Columbus.