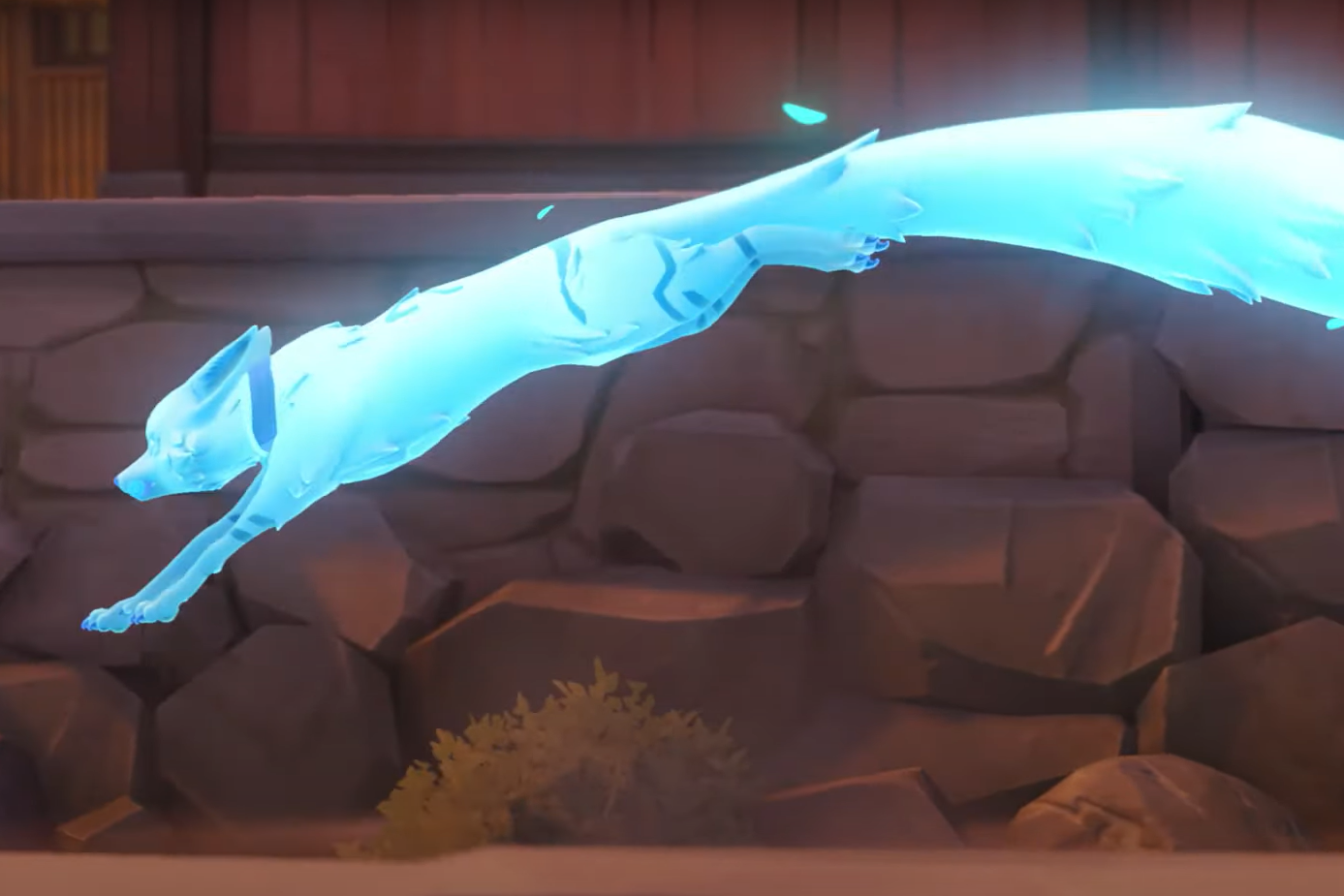 The Overwatch community is pumped for Overwatch 2’s release on Oct. 4. Fans want to get their hands on new gameplay modes, new lore-inspired experiences, and new heroes.

While Sojourn and Junker Queen have been revealed and were available to play during the beta, Overwatch players are already busy speculating about what heroes may be next to join the roster going into the sequel.

The focus of many of these speculations is Kiriko, a fox-like support hero. While Blizzard has already said these rumors are fake, industry insiders and leakers continue to find evidence that says otherwise.

How did the Kiriko rumor start?

A fox-like hero has been discussed since 2019 when Game Informer reported that Jeff Kaplan had shown it a female character and her fox companion. Later, an industry insider shared on a forum in early 2022 that there would be a character named Yako, a teenage ninja girl with a fox friend.

Kiriko was first discussed heavily in June when Overwatch 2 dropped a release trailer focused on the Junker Queen. Many fans noticed a glowing spirit fox racing through Kanezaka and were immediately curious why Blizzard included such an interesting element in the video.

Kanezaka is a Deathmatch map that’s set in the Shimada Clan’s territory within Hanamura. The map came with some interesting lore, including a woman named Asa writing to her imprisoned husband Toshiro. Asa, who trained Genji and Hanzo, feared for her daughter. She writes that she’ll “ask the fox spirit for strength,” mentioning that the kitsune can change your luck.

As the rumors continued to swirl around, Blizzard attempted to shut them down by saying they’re false after making a flippant joke about Naruto.

Then, Overwatch streamer John “Wanted” Lin almost slipped up on stream by bringing up Kiriko once again after getting inside details from the Overwatch 2 team. When asked who he may main of the new heroes, Wanted started saying the name but quickly caught himself.

While Blizzard previously denied the rumors, it was Blizzard in the end that seemingly accidentally confirmed the existence of the fox girl.

Leaker OverwatchNaeri tweeted a screengrab from Blizzard’s website that mentioned the new hero, Kiriko. The screengrab mentioned a Legendary skin for Kiriko as well as calling Kiriko the “latest hero.”

When will Kiriko be added to Overwatch 2?

Kiriko could technically be available when Overwatch 2 launches, according to the leaked screengrabs from Blizzard’s website. But the new hero will likely have to be unlocked via the battle pass.

Overwatch 2 heroes will be on the “free track” of the battle pass, according to Jon Spector, meaning players won’t have to pay money to unlock them. The heroes will also be available in future seasons on the free track if players don’t unlock them during the current season.

What are Kiriko’s abilities?

Unfortunately, not much is known about Kiriko thus far. It’s been rumored that Kiriko will be a support hero, which is very much welcomed by the Overwatch community. Many of the support heroes are not viable in the new five-vs-five meta, meaning a new hero made specifically with the new gameplay in mind will be a great addition to the roster.

Based on the lore, the fox spirit is said to bring good luck with the shake of its tail. This could play into Kiriko’s kit, possibly, giving allies better accuracy or more ammo. Kiriko also appears to have a spirit-like form in the trailer, allowing her to move swiftly. This could possibly be used to give Kiriko better mobility, making her more viable than Ana and Zenyatta in the more aggressive meta.

For now, Kiriko is very mysterious to the Overwatch community. Fans will have to wait for Blizzard to officially announce more details about Kiriko, including her backstory, appearance, and abilities.