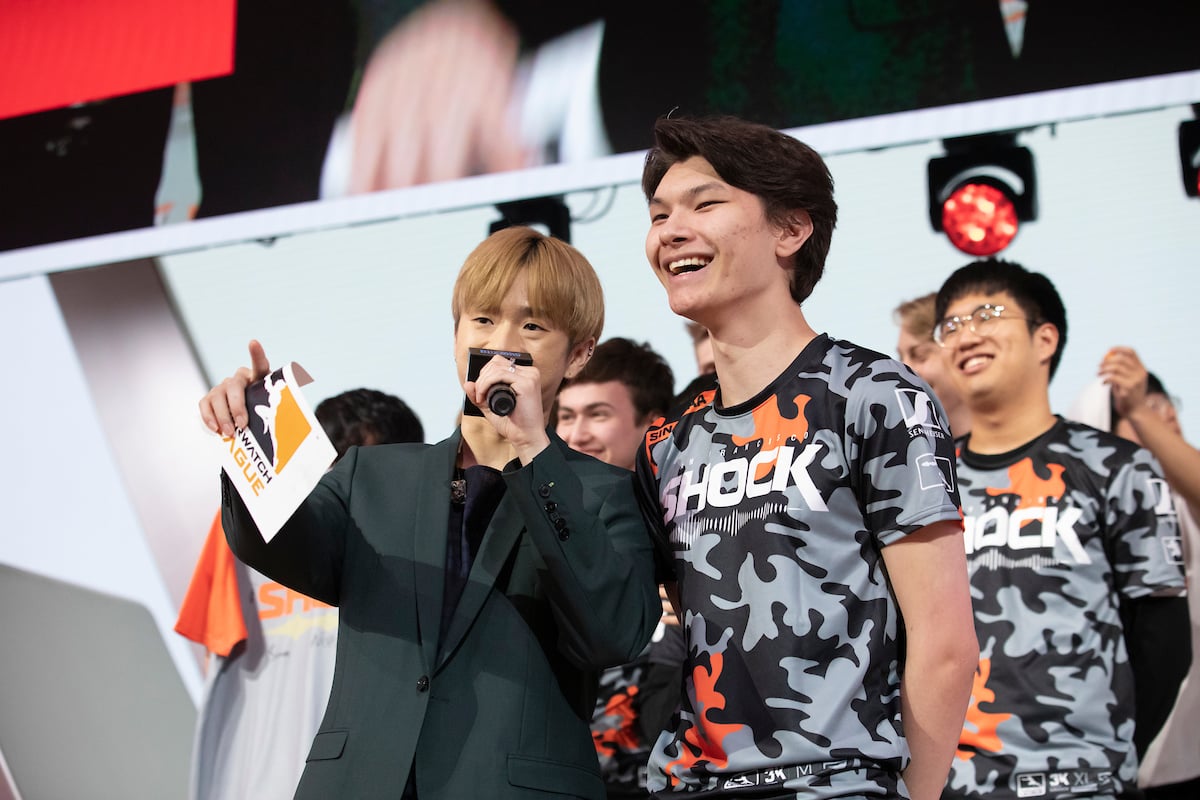 Overwatch’s newest hero, Echo, was released to players on the Public Test Realm (PTR) today and lead game director Jeff Kaplan joined Overwatch League player Jay “Sinatraa” Won on the latter’s personal stream. The two tested out Echo’s abilities and discussed the hero’s potential within the competitive scene as well as regular play. Kaplan even brought out his rare Mercy skills to help Sinatraa take down fans on the PTR.

Sinatraa, a DPS player for the San Francisco Shock and the 2019 Overwatch League MVP, knows a thing or two about damage heroes. That said, he went into the test with Kaplan having not researched Echo whatsoever so he could be surprised. As Sinatraa tried out Echo’s abilities in the practice lobby, he peppered Kaplan with statistical questions, such as the falloff damage of her primary fire. It was all business until Sinatraa got to her ultimate ability, Duplicate.

Echo’s ultimate allows her to duplicate the abilities of a hero for 15 seconds and raises her ultimate generation rate to a whopping 650 percent. Sinatraa chose to copy Reinhardt and immediately gained the hero’s Earthshatter, destroying practice bots before accidentally charging off of the map. “This hero is actually broken,” Sinatraa yelled.

As he tested the abilities out and did more work with Echo, Sinatraa’s tone changed about the possible overpowered quality of the new DPS. While playing, he started musing with Kaplan about the possible counters to Echo in a competitive scenario. “Snipers can kill her pretty easily,” Sinatraa said. He and Kaplan both agreed that hitscan heroes would be a problem for Echo, especially as she flies in the air using her mobile ability.

After playing in the practice lobby, Sinatraa and Kaplan took their talents to the PTR to battle against other players. While Sinatraa locked Echo every time to test her, Kaplan was a perpetual Mercy pocket for the MVP and did an extremely good job. The two played “almost No Limits” mode, where four Echo players were allowed per team.

Almost immediately after getting into the game, Sinatraa started thinking about tactics players could use while playing Echo. After noticing he could regain health by using Duplicate, Sinatraa realized the hero would be good for flanks against enemy teams. “You can flank, get a kill, and shift out,” he said, referring to the hero’s Flight ability, which sends her vertically into the air. Kaplan agreed and noted that players could use Duplicate defensively as well.

What wasn’t immediately clear to Sinatraa was the possible team compositions that we could someday see in the Overwatch League. No Limits is hardly the best mode for analysis or theory. Kaplan admitted that an actual match would be more helpful since “it’s really fun playing normal 2-2-2 matches with her. It’s far less of a circus.”

Sinatraa still had some ideas when Kaplan asked what Echo play would look like at a high level. The MVP said that Echo would be played at an extremely high rate, 95 percent, if she launched with her current power level. He thought that Echo would be paired with a hero to counter the opposing team’s Echo, such as Doomfist or McCree. Later on, Sinatraa said that teams likely wouldn’t play heroes that would be devastating if copied, like Roadhog or Tracer.

Since Kaplan has admitted this will be a longer cycle of testing on the PTR due to work-from-home options and the coronavirus pandemic, it’ll be a while before Sinatraa has a chance to use her in the Overwatch League. Despite those delays, Kaplan said he hopes to have Echo on the live servers in a few weeks. For now, players can test her out on the PTR starting today.