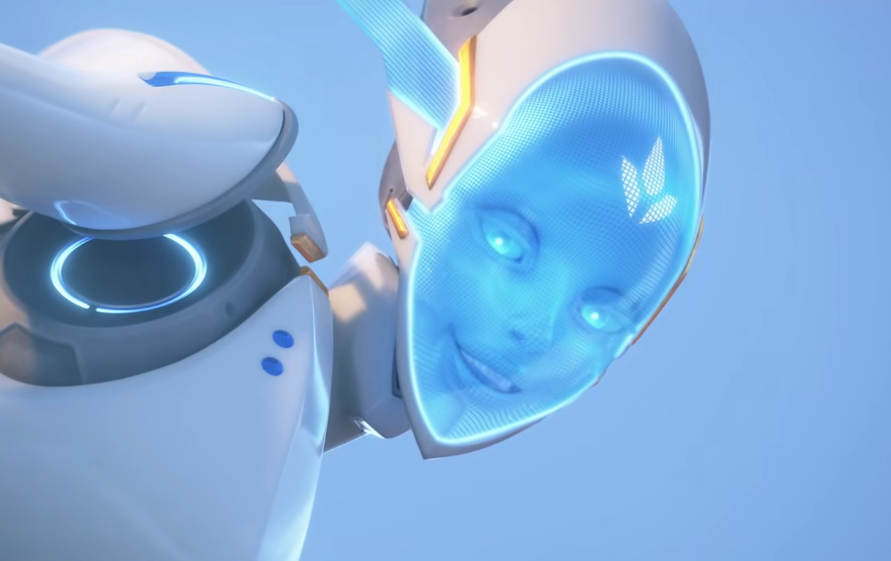 While many Overwatch fans expected Echo to be a support hero, her brief appearance in the Overwatch 2 trailer attested to her damage abilities, which are now replicated in the game. What fans didn’t see coming is her ultimate, Duplicate, which is an absolute game-changer.

Duplicate allows Echo to “copy” an enemy player and use their abilities for 15 seconds. During this time, ultimate generation is raised to 650 percent. This means that Echo can produce multiple ultimates copied off of an enemy in a short amount of time. Imagine multiple D.Va Self-Destructs, several Tracer Pulse Bombs, and lots of McCree Deadeye shots.

Beyond that ultimate, Echo will play as a mobile, projectile hero. Her primary fire, Triple Shot, is a sort of “bullet” projectile that seems to act the same way as Genji’s shuriken projectile. Each bullet hits for 17 damage and can stack as they hit.

Her secondary fire is referred to as Sticky Bombs. Six bombs are sent out per volley and will stick to an enemy or any surface they hit. One second later, they detonate.

These damage abilities can be combined with her main movement ability, Flight, triggered with left shift, which allows her to vertically fly into the air for three seconds. As she comes down, she glides the same way Mercy does after triggering Guardian Angel.

Another ability, Focusing Beam, works to take down enemy heroes that are low health. If the target is below half health, the ability does “crazy damage,” according to Kaplan. Specific stats aren’t available yet, but the ability will also work against barriers that are half health.

Echo is now live on Overwatch‘s Public Test Realm (PTR) for players to test out her abilities.