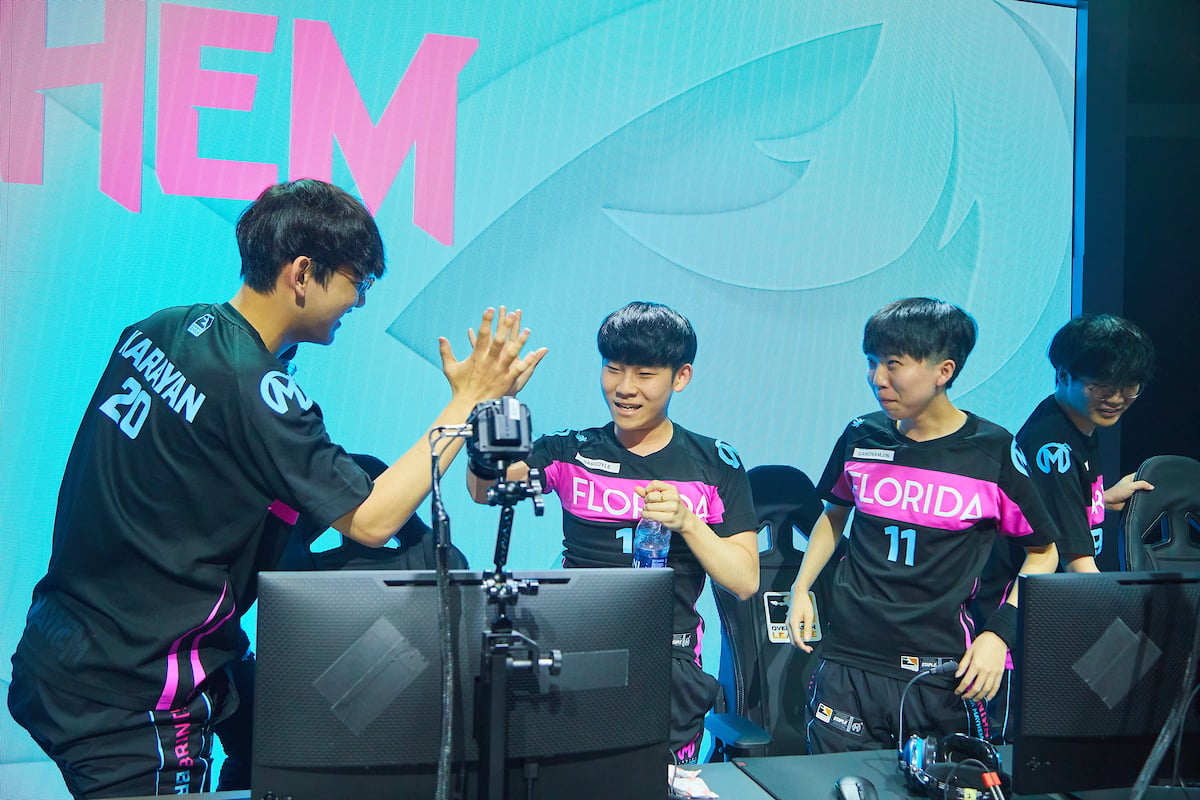 As the summer rolls on, the Overwatch League needs to bring a little heat.

The second week of the Countdown Cup qualifiers begins today and many fans are hoping for a bit more spice. Last weekend, eight teams logged 3-0 scores against their opponents. July 18 was one of the fastest four-game days in Overwatch League history.

A difficult set of Hero Pools may have been responsible for some of this chaos. The loss of heroes like Ana and Orisa threw many teams into disarray as far as compositions were concerned. Some teams gravitated toward full dive styles with Winston alongside D.Va and Sigma, but even Wrecking Ball got some playing time. Brigitte was a staple in the support line next to Zenyatta and Baptiste. As expected, Genji was found in nearly every lineup, but his assisting DPS ranged from Tracer to Sombra depending on the team.

Teams will have to work within these Hero Pools during this week’s games, potentially developing a more stable meta. Here are some games we’re hoping will heat up “sweep city” this weekend.

It’s finally time for a May Melee rematch. On Friday, July 24 at 4pm CT, the Shock and Mayhem will try to treat fans to a series that’s just as interesting as their previous Grand Finals showdown.

This time around, the focus is less on sniper play and more on the strength of each team’s Genji player. Florida’s star DPS Kim “Yaki” Jun-gi sliced through the Atlanta Reign last weekend and is looking for another fierce opponent in San Francisco’s DPS line. Shock main tank Matthew “Super” DeLisi surprised everyone by pulling out the Genji for his team last week, but his reign might be over. New addition Sean “Ta1yo” Henderson, a flex DPS from Overwatch Contenders, will likely take over Genji duties for the Shock.

Expect many duels between each team’s Genji and Tracer players. Additionally, keep an eye out for the off-tank battles between the Shock’s Choi “ChoiHyoBin” Hyo-bin and Florida’s Lee “Gargoyle” Beom-jun. These are two of the most talented off-tank players in the Overwatch League and they’ll likely be trading blows and making space all match long.

After a tense loss to the Chengdu Hunters in a 3-2 game last week, the New York Excelsior are looking for some redemption. But they’ll have to try to find it against the Summer Showdown champions, the Guangzhou Charge, at 7am CT on July 25.

New York will again call on Lee “Whoru” Seung-joon to pit his Genji against Ou “Eileen” Yiliang, DPS destroyer of dreams, on the Guangzhou Charge. The relative skill of each team’s DPS lineup is comparable, but Guangzhou is working with a level of coordination that the Excelsior have somehow struggled to reach this season. A win for New York against tournament champions could show fans that their star is rising and they won’t be tilted out of existence by unfavorable Hero Pools in the future.

The competitive potential of this match, at 6pm CT on July 25, relies entirely on the Boston Uprising’s ability to rally together and make changes as a team. They were defeated by the San Francisco Shock and Los Angeles Valiant in abysmal games last week, but the inconsistency of the Dallas Fuel means they have a real chance here.

Dallas eked out a 3-2 win against the Houston Outlaws last week, mostly capitalizing on the myriad of mistakes the Outlaws roster made. The Fuel’s Kim “Doha” Dong-ha is spotty at best on Genji, often opting into other heroes if possible. If Boston’s Kelsey “Colourhex” Birse can force a Genji duel, he’ll likely win. Dallas’ tank line is often more reliable than Boston’s, but the difference could lie in the support line. Uprising flex support Seo “Myunbong” Sang-min is critically underrated, often saving fights and winning duels for his team.

The only positive of last weekend’s series of sweeps is that this weekend, teams that dominated will have a chance to face each other. The Hangzhou Spark easily dismantled the Seoul Dynasty while the Chengdu Hunters had to earn a hard-fought win against the New York Excelsior. This match, at 3am CT on July 26, may reveal if the Hunters’ win was pure luck or a newfound level of skill.

Chengdu’s Yi “Jinmu” Hu and Huang “Leave” Xin both took turns on Genji last weekend, but Jinmu appears to be the most consistent choice. Jinmu will be facing former San Francisco Shock DPS Park “Architect” Min-ho’s ferocious Genji during this match. Architect likely has the better Genji, but the Hunters always have the benefit of surprise behind them. Hero compositions seem like suggestions to Chengdu instead of guidelines. A fast, shocking setup may get the best of Hangzhou.

The Overwatch League Countdown Cup continues on Friday, July 24 with a match between the Atlanta Reign and Boston Uprising at 2pm CT.