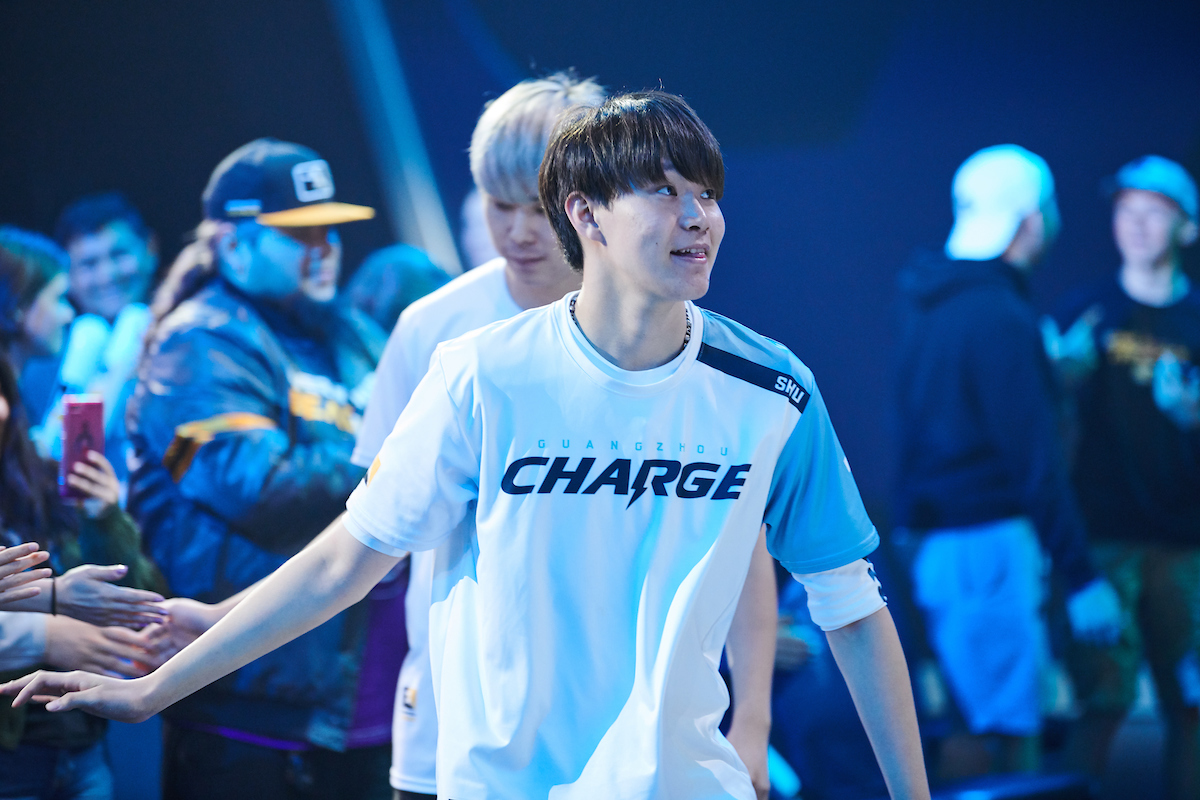 Everything came down to this. After two days of competition, including knockout rounds and quarterfinals full of wild upsets, the Overwatch League crowned two winners of the Summer Showdown tournament.

The entire league was split into two regions, Asia and North America, for the single-elimination tournament. After a tense series with the Shanghai Dragons, the Guangzhou Charge claimed the Asia bracket championship. In the North American bracket, the Paris Eternal eked out a win against the Philadelphia Fusion.

Both teams will receive $50,000 and get three bonus wins added to their season record. Runners-up receive $25,000 and two bonus wins while third and fourth place teams get $10,000 and a single bonus win tacked on to their record.

The semifinals in the Asia Bracket were so clean, they included two 3-0 sweeps. The Shanghai Dragons first swept the Seoul Dynasty thanks to a favorable meta and great teamwork. Meanwhile, the New York Excelsior expected to put up more of a fight, but the Guangzhou Charge swept the team with ease. This set the scene for a dramatic grand finals: the Shanghai Dragons, May Melee champions, against the upstart squad of the Guangzhou Charge.

For the initial few maps of the first-to-four series, the Guangzhou Charge looked dominant. Off-tank Nam “Cr0ng” Ki-cheol and DPS Ou “Eileen” Yiliang continued to impress with big plays. The Dragons made the decision to run Bae “diem” Min-Seong and Kim “Fleta” Byung-sun, often in double hitscan scenarios. Shanghai, the masters of the reverse sweep, took two maps off the Guangzhou Charge after the latter built up a 3-0 lead.

Even the power of the Fleta Deadlift wasn’t enough for the Shanghai Dragons and the Guangzhou Charge claimed the Summer Showdown crown. This is the team’s first tournament win.

For a team that entered the Summer Showdown as the 11th seed, the Toronto Defiant roster exceeded every expectation during their run to the semifinals. Though the match ended with a 3-0 in the Philadelphia Fusion’s favor, the score line doesn’t tell the whole story.

Both Philadelphia and Toronto leaned into their brawl-heavy play styles, starting chaotic fights across every point and payload. Defiant DPS Brady “Agilities” Girardi and Fusion DPS Josh “Eqo” Corona battled it out as Genji, trading clutch Dragonblade kills each round. Andreas “Logix” Berghmans also showed up for the Defiant alongside steadfast main tank Seb “Numlocked” Barton. To get the win, Philadelphia had to rely more on their veteran status and confidence as opposed to the pure mechanical skill they normally get away with.

On the other side of the bracket, the San Francisco Shock and Paris Eternal gave fans one of the best games of Overwatch in recent history. If you didn’t catch this semifinal game, it’s worth a watch as soon as possible.

The Shock came into this match as the top contenders, comfortably used to their status as kings of the North American bracket. Paris’ Kim “SP9RK1E” Young-han came for their throne. The young addition to the Eternal was dominant on Genji, slicing through nearly all of San Francisco’s counters at most levels. That said, Kwon “Striker” Nam-joo made life as difficult as possible for Paris on his signature Tracer, flitting in and out of the backline and making wildly impossible plays.

SP9RK1E and the Paris Eternal showed true mastery of the double shield composition while the Shock countered with their measured, veteran patience. The semifinal went all the way to a map five, round three scenario on Oasis. Both teams were up to a high percentage on the final round, but one well-supported Dragonblade from SP9RK1E took out the entirety of the Shock. Against all odds, the Paris Eternal made it to the Summer Showdown grand finals against the Philadelphia Fusion.

As the two leaders in the Atlantic Division, the Paris Eternal and Philadelphia Fusion have faced off numerous times during the 2020 season. For a long while, the Fusion seemed untouchable by any other team in the league, felled only by the quick, smart plays of the Eternal. This grand finals match encompassed an important rivalry that may define the rest of the Overwatch League season.

Much of the match focused on the dueling Dragonblades of SP9RK1E and Eqo, two talented Genji players showing off vastly different styles of play. Supports, like Kwon “Fielder” Joon for the Eternal and Kim “Alarm” Kyeong-bo for Philadelphia, showed why they’re at the top of their game with clutch saves.

Philadelphia and Paris traded punches evenly throughout the 4-3 series, pitting their star players against each other. Paris took Lijiang Tower on the back of veteran player Terence “SoOn” Tarlier on Symmetra. Philadelphia answered back with a King’s Row win, relying heavily on perpetual carry Lee “Carpe” Jae-hyeok. As Fusion soared on Volskaya Industries, the Eternal rallied back on Watchpoint: Gibraltar. It was a back-and-forth dance that led to a 3-3 tie and one final map, Rialto.

After an exhausting day, playing a 3-2 series against the Shock and following it up with this hours-long match, the Paris Eternal were able to get the better of the Philadelphia Fusion by holding them on Rialto. This win is also the first tournament victory for the Paris Eternal.

The Overwatch League will be taking a break for two weeks before returning with another monthly tournament, the Countdown Cup. That tournament begins on July 17.