Here are the top storylines for Overwatch League stage 4

Teams have one last chance to make finals while dealing with a new meta. 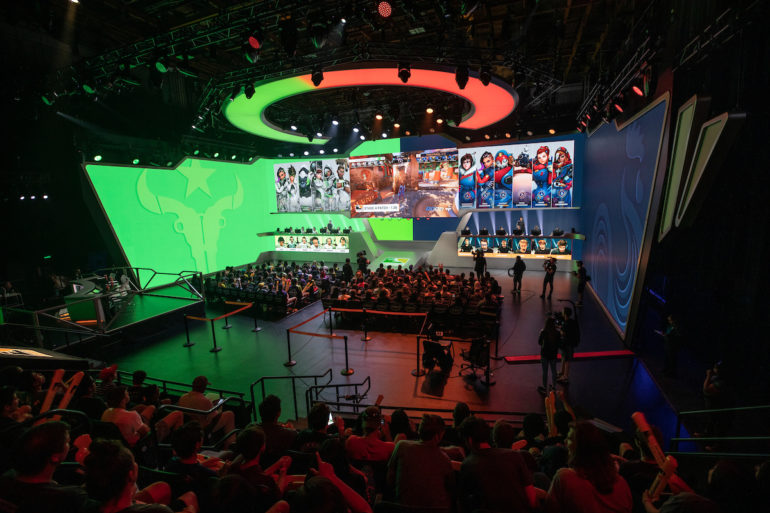 Stage four of the Overwatch League is going to be a spicy one. During this stage, players will have to contend with a massive rule change and quickly shifting metas, all while competing for a spot in the season playoffs. Beyond that, each team is visualizing the sacrifices necessary for the 2020 season, in which all teams will move to their home cities. The last stage of the regular Overwatch League season might be the wildest and most interesting one yet.

Here are some of the top storylines to watch for in the fourth stage of the Overwatch League.

Something as small as a minor character buff can alter the most popular team compositions in the Overwatch League. If a single buff is a push in the right direction, role lock is the equivalent of whipping the entire thing out the window.

Role lock requires each team to field two supports, two damage dealers, and two tanks in every Overwatch League match. Even if teams have seen what works well in scrimmage matches over the past few weeks, no one really knows what’s going to come out, especially during week one of stage four. One team’s success, like the Houston Outlaws’ intent to play DPS last stage, can alter how the entire league plays 2-2-2.

Teams have also had to massively restructure over the past few weeks. Many teams signed new DPS players to their rosters in stage three, preparing for the role lock. Other teams now have to integrate players who have been on the bench for multiple stages because of the triple tank, triple support composition’s overwhelming playtime.

A bloody battle for the play-in

At the end of stage four, the top six teams in league standings will automatically make it into the season playoffs. The teams in the seventh through 12th spots have to battle their way through a play-in bracket to secure one of the two remaining slots in the playoffs. As if that wasn’t stressful enough, the path to that coveted play-in bracket is a precarious one for many low-ranked teams.

The Shanghai Dragons, Dallas Fuel, Philadelphia Fusion, Guangzhou Charge, and Atlanta Reign are trying to hold on to their current rankings, which would put them into the playoff bracket. Formerly low teams like the Houston Outlaws and Los Angeles Valiant are racking up wins and inching closer to a bracket entrance. When that bracket is set, a vicious battle to make it to the season playoffs will ensue.

Two teams, the Washington Justice and Florida Mayhem, have mathematically been eliminated from playoff contention. For them, stage four will be a learning experience and a chance to rebuild for season three. The Justice have already made big moves, signing duo Elliot “ELLIVOTE” Vaneryd and Lukas “LullSiSH” Wiklund, and they’re working toward cohesion in their roster.

The Mayhem made significant roster changes earlier in the season but haven’t quite put their new talent to use. For these teams, and any others who are eliminated from playoff contention in stage four, these games are an opportunity to show that they still have the energy to fight.

The Los Angeles Valiant will be hosting the third “homestand” of season two, moving fans a few miles south to The Novo at LA Live for their Kit Kat Rivalry Weekend. While the venue isn’t as miraculous of a vacation as Dallas or Atlanta was, the games are where the real interest is.

While the players and coaches of many teams are focused on playoffs, several people behind the scenes are working on moving everyone to their home cities in 2020. While this shouldn’t have an obvious impact on gameplay, it’s in the back of every player’s mind. Fans should be prepared for many longtime players to reconsider their contracts when faced with a cross-country or international move. There’s a lot of important work going on behind the scenes to make the transition as seamless as possible.

Stage four started on July 25. The play-in tournament for the final two spots in the season playoffs begins on Aug. 30.