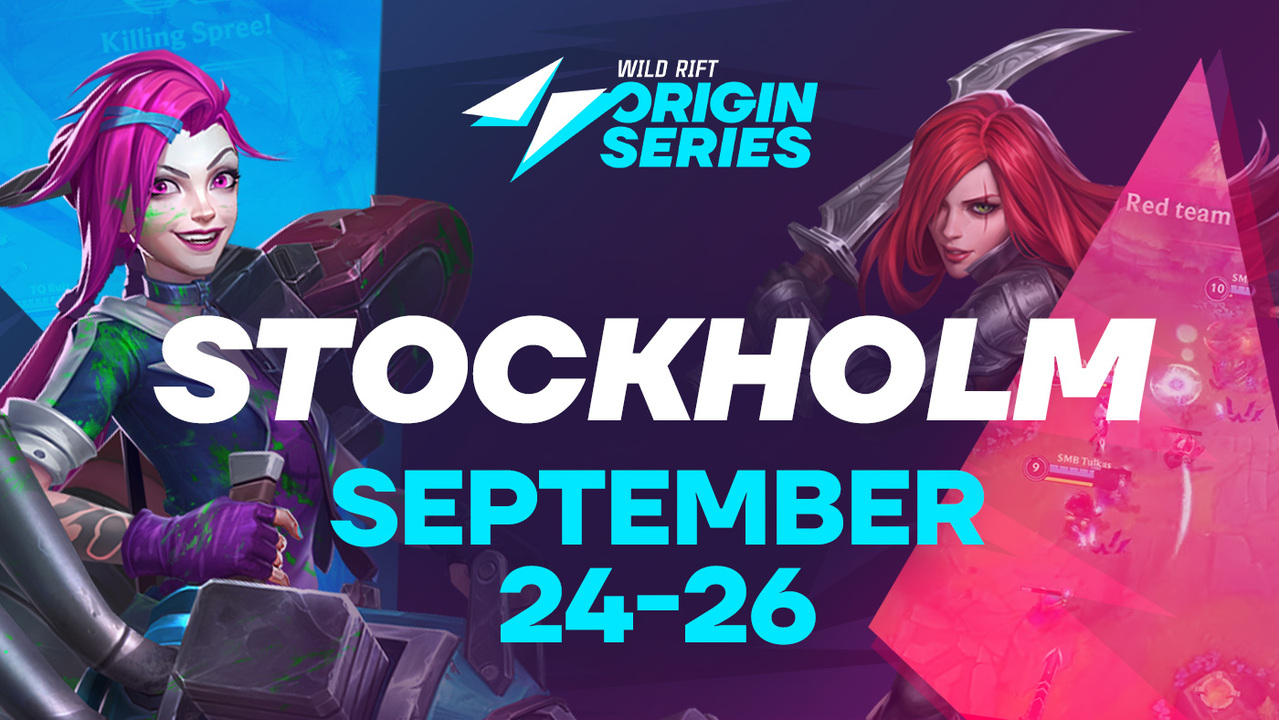 The League of Legends: Wild Rift Origin Series Championship 2021 will happen from Sept. 24 to 26 as a live event in Stockholm, Sweden, Riot Games announced today.

Six teams from across Europe, Middle East, North Africa, Turkey, and CIS will be competing in the event for the title of champions and a share of the prize pool. The Origin Series has a total prize pool of €300,000 (about $352,000). It’s unclear how much will be given out in the championship. Only the winner of the championship will reportedly qualify for the first Wild Rift World Championship later this year.

The Origin Series Championship will happen across three stages, namely the group stage, knockout, and the finals.

In the group stage on Sept. 24, the six teams will be divided into two groups of three teams each. They’ll compete in a best-of-one round-robin format with the top two from each group advancing to the knockouts.

The knockout stage will happen on Sept. 25. The four teams will compete in a single-elimination bracket in the best-of-five semifinals for a spot in the finals.

Finally, the top two teams will compete on Sept. 26 in a best-of-seven final to crown the champion of the Wild Rift Origin Series. The winner will represent the region at the 2021 World Championship.

The six teams in the Origin Series have been decided through monthly open-for-all competitions from June to August. Each month, a qualifier and final were held that granted qualification points to the championship. The region has been split into three groups. In the championship, the top three teams from Group A, two teams from Group B, and one team from Group C will be competing.