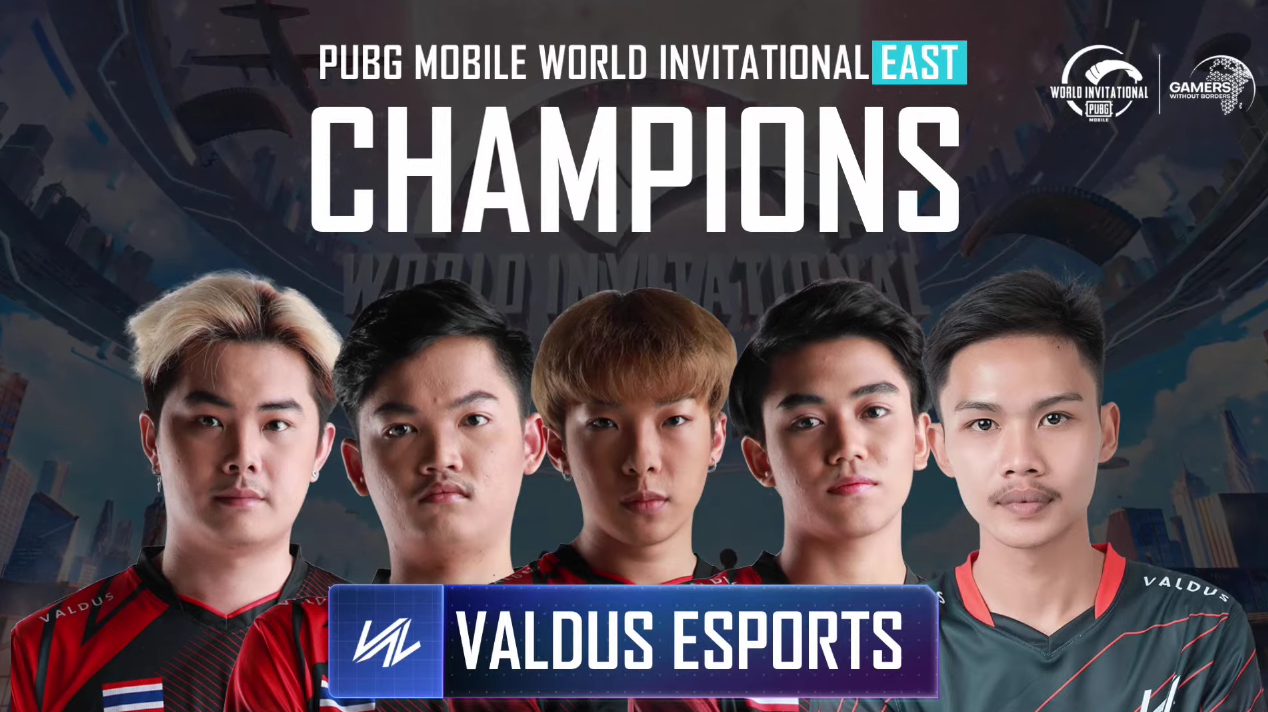 Valdus Esports earned their crown as the champions of the PUBG Mobile World Invitational (PMWI) East 2021 today. The Thai team put up a dominating performance across the four days to take first place.

Valdus had an impressive start to the PMWI after getting top five in all five games of the first day, with two chicken dinners. Since then, they didn’t look back. After 20 matches, the Thai representatives amassed 287 total points, 63 ahead of the second-placed Natus Vincere, and had the most chicken dinners (four) of any team in the invitational. They also boasted the second-highest number of kills (120).

Valdus’ Tinnapop “Martin” Benjawong received the MVP of the competition. He boasted an average damage of 399, with an average survival time of 21 minutes and four seconds. He also averaged two kills per match.

Related: Here are the results for the PUBG Mobile World Invitational (PMWI) East 2021

The PMWI East 2021 took place between July 22 and 25. It had a charity prize pool of $1.5 million, which will be donated to different charities. With today’s victory, Valdus will receive $250,000 to donate to a charity of their choice.

Here are the overall standings of the PMWI East 2021.