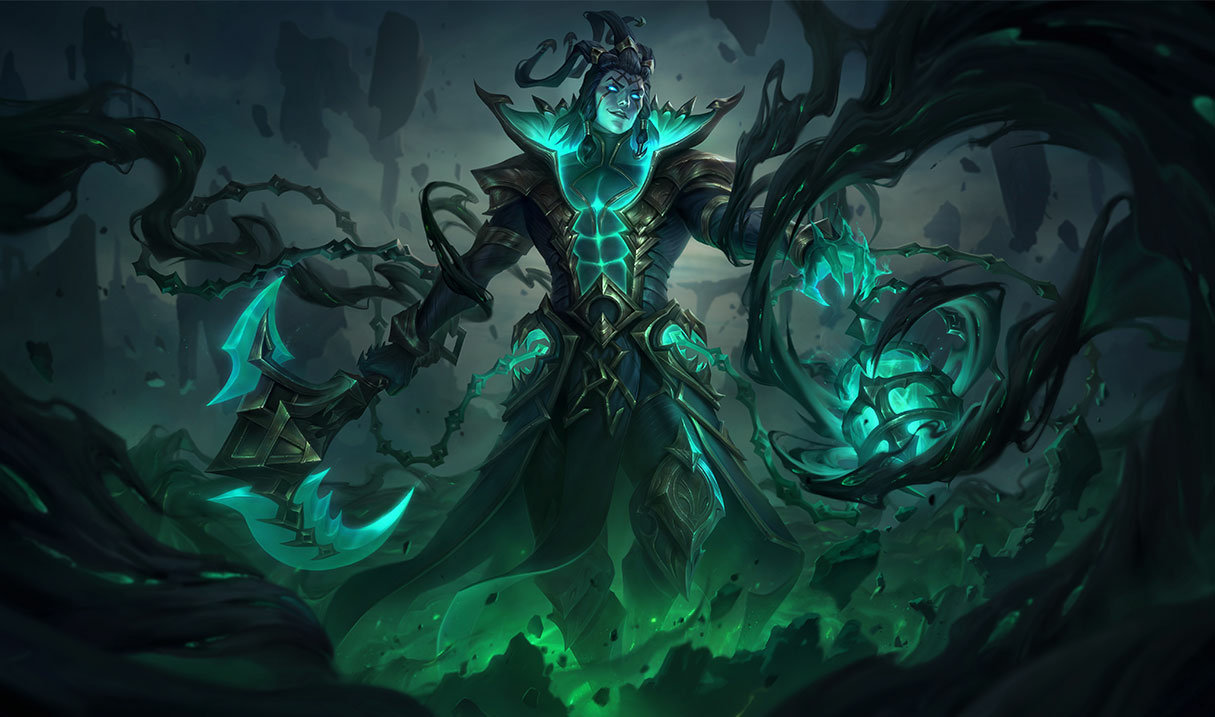 Riot Games is “tweaking” the newly-released League of Legends and Wild Rift skin, Unbound Thresh, to more closely resemble the way the champ appears in the recently-premiered cinematic “Night at the Inn.”

In the “Night at the Inn” cinematic, Thresh is featured as an older man with more distinguished features. Those features never necessarily made their way into League and Wild Rift when the skin was originally released but will be coming to the two games with their next respective updates.

Riot will be adding more details to Unbound Thresh’s face, including marks around the character’s nose to show his age, as well as darker marks on his forehead. The pre-existing marks and lines across Thresh’s face in the skin are set to be darkened and deepened as well. More definition is set to be added to Thresh’s lips, while bags are going to be implemented under his eyes.

The original version of Unbound Thresh showcases less detail and far less intricacy in the character’s facial features. The updates to the skin should make Thresh look far older in-game than he currently does when the skin is enabled. It’s unclear if any other parts of the skin’s model will be changed at this time.

Unbound Thresh was released as part of League’s Sentinels of Light event earlier this year. The skin was one of the first to be released for both Wild Rift and League, meaning it will subsequently receive updates in both games in the near future.

Wild Rift players can expect Unbound Thresh to be updated with Patch 2.5. Riot has not announced which upcoming League patch will play host to the skin’s updates.