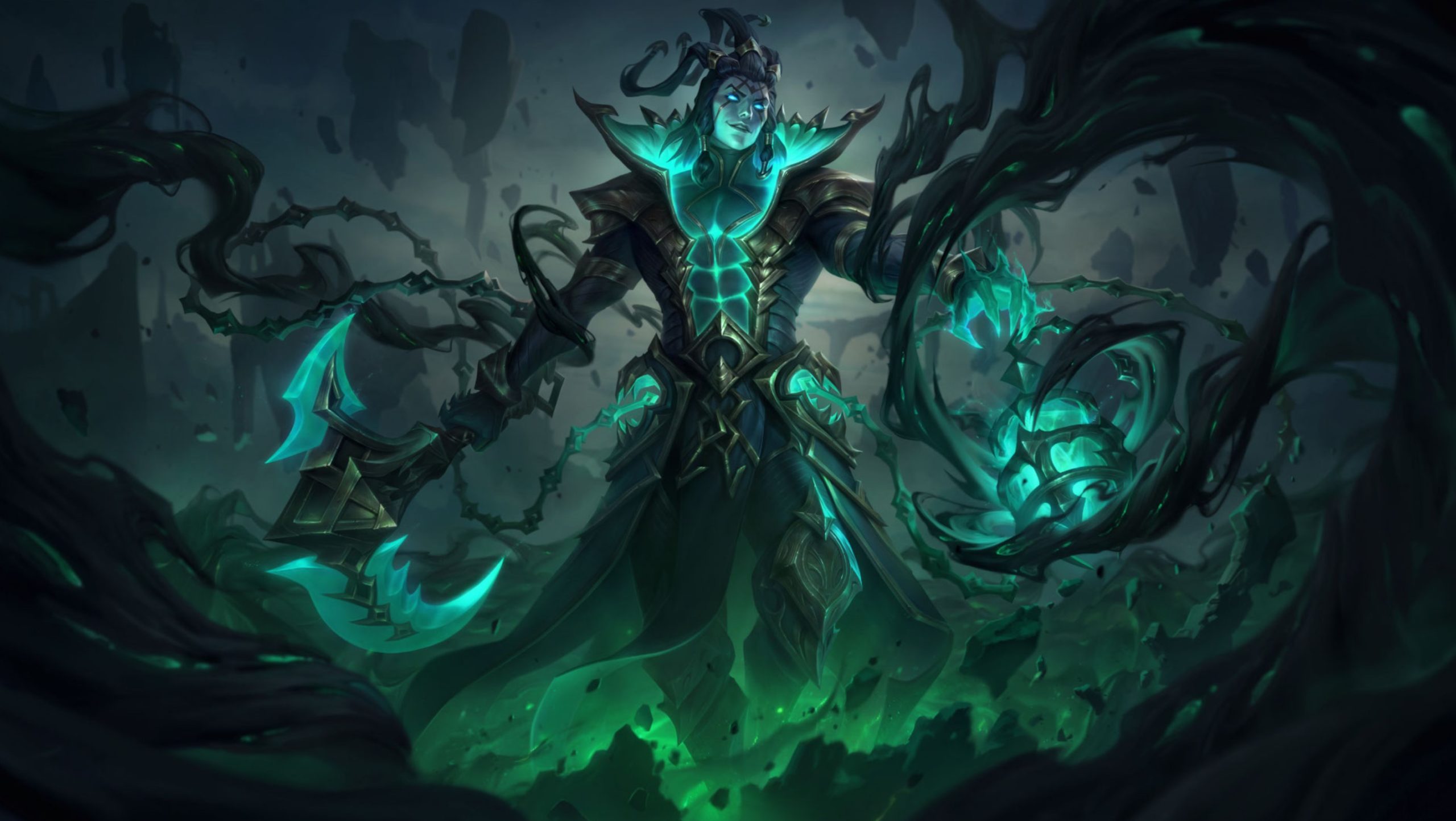 Most League of Legends players are familiar with the game’s resident Chain Warden, Thresh, but not many people were fans of his newest skin, Unbound Thresh. In a new short story video, however, Riot Games has shown off the torturer’s new look that has some people changing their minds on the cosmetic.

In the video, a waiter named Bort is working in an inn’s restaurant in Southern Noxus. He struggles to serve food to the customers because one of his hands has been transformed into a giant claw that acts of its own accord. He explains to one mysterious patron that he once tried to pickpocket a mage and when he was caught, that’s the punishment he was given. As he serves the man, he jokingly says that you “have to be careful who you trifle with in Noxus.”

Due to his claw, his boss berates him in front of the customers and he’s mocked. Even as he’s given a gold coin by the mysterious customer, Bort’s boss steps in and takes the coin due to the “debts” that he has for the many broken plates and cups caused by his deformity.

Later on, however, Bort is mopping the floor after hours when he hears a scream from the establishment’s second floor. He fearfully finds his way upstairs when he’s greeted by Thresh, who’s taken a new, human form. He says that he’s no longer bound to the Shadow Isles and can freely take souls as he pleases in Runeterra. He reaps the souls of a handful of people before chaining up Bort’s boss.

He takes the coin, gives it to Bort, and asks him if he’d want to have his old hand back. The next scene shows Bort as a ghostly spirit with both his hands at his disposal. He sits on top of Thresh’s carriage and whips the people in front as they pull the Chain Warden to his next location.

Although this is a great cinematic, many people did not like Thresh’s new skin because it simply turned him into a human version of his base skin. There were barely any new animations or sound effects, but maybe this video can convince people to dish out some money for another cosmetic.