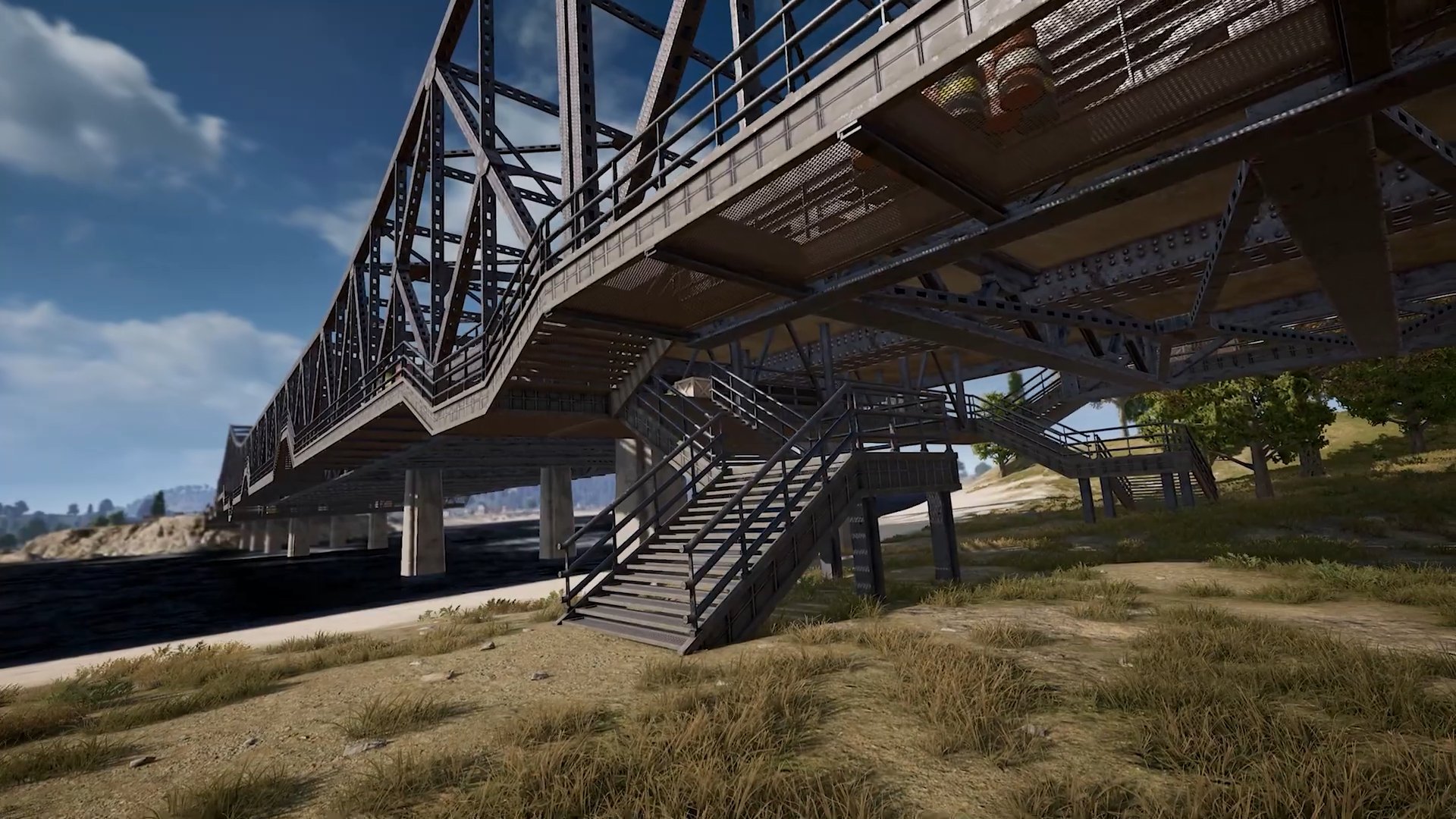 PUBG Mobile’s latest update, version 1.9, is about a week away, and Tencent has started revealing some of the upcoming features that are coming to the game.

Yesterday, the developers revealed that the bridge on Erangel is getting updated. Until now, the bridge was a single road with scattered vehicles and boxes to provide cover to players. This made it extremely hard for players to cross it as enemies on the favorable side of the safe zone had a big advantage in gunfights.

After nearly four years of the game’s release, Tencent has finally recognized this and is updating the bridge to make crossing it easier. In version 1.9, there will be additional platforms on either side with scattered boxes to make it easier for players to evade enemy fire and cross the bridge.

While this change will come to PUBG Mobile next week, it’s something that the PC and console version of the game, PUBG: Battlegrounds, had already implemented last year.

Other than the bridge update, Tencent has also revealed that the recall system will be available on more maps with PUBG Mobile’s version 1.9. This system allows players to call back dead teammates. These are as follows:

It’s unclear what the “Vibrant Anniversary” maps for the ranked mode are. Tencent is likely updating the map in version 1.9 with new content to mark PUBG Mobile’s fourth anniversary, which is on March 19. More details about version 1.9 will be revealed in the coming days.