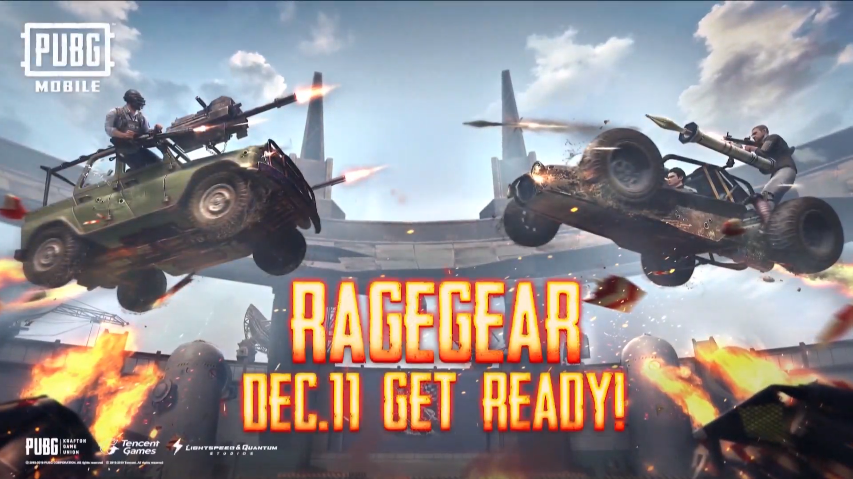 The color-blind mode will be coming to the game in 2020. “We want to make the game as open and accessible as possible,” said Vincent Wang, the general manager of global publishing at Tencent Games.

The exciting reveal at the esports event was the new Evo-ground mode called Rage Gear. The mode is basically a death race mode, which was recently leaked by YouTuber Mr.GHOST Gaming. In the leaked footage, players can choose between three vehicles—the UAZ, Buggy, and the Dacia 1,300—to play the mode. Each of these vehicles has different stats for collision, speed, and, health.

Each vehicle is mounted by a teammate who can either select an RPG-7, MGL Grenade Launcher, or the M249 to take out the opponents’ vehicles. The mode will be played in a new circular map. Players can recharge their vehicle’s health by going through certain repair points on the map.

The release date for the mode was also revealed at the PMCO Global Finals. Rage Gear will be coming to PUBG Mobile on Dec. 11.

Wang also highlighted PUBG Mobile’s achievement of crossing 600 million downloads worldwide since the game’s release. He talked about Tencent’s continuous attempts to ban hackers from the game and mentioned the new website that was recently launched specifically for targeting hackers. This website can be accessed through the game where players can view the status of player reports that they’ve made.