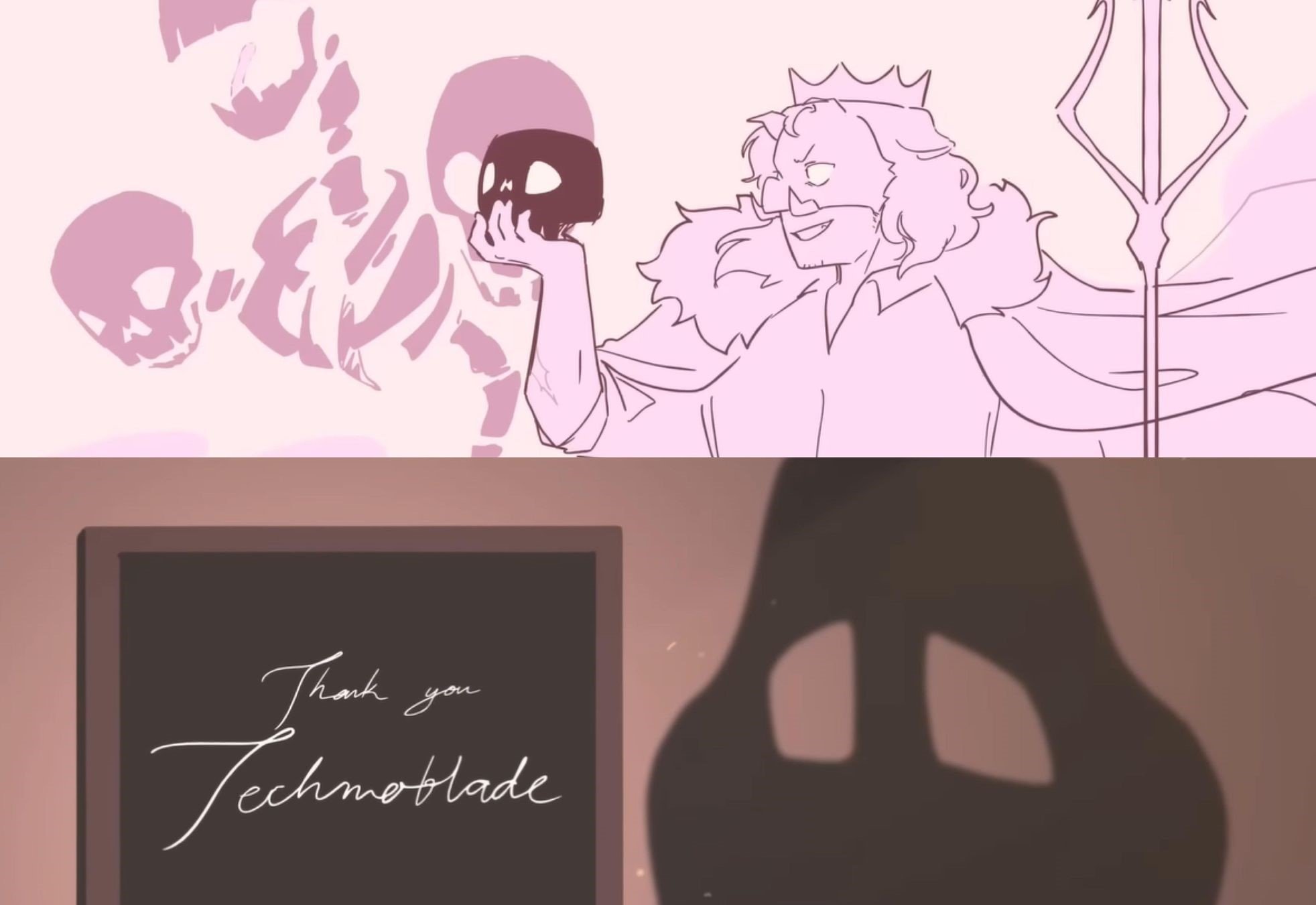 Screengrabs via SAD-ist on YouTube | Remix by Kacee Fay

The Minecraft community is full of talented, creative individuals. One such member of the community is SAD-ist, an animator who shares her creations on YouTube and gained traction following her Dream SMP server lore animations.

SAD-ist shared a new animation today titled “Technoblade,” commemorating the creator’s death. It was previously revealed that Technoblade lost his battle with stage-four cancer on June 30. Since then, fans and friends worldwide have come together to commemorate the creator’s passing and celebrate his unprecedented legacy.

SAD-ist is beloved in the Minecraft community and is widely praised for her stunning animation style. Her animations feature her own original drawings, audio from the creators featured, and music collaborations.

Some of her previous creations include “Dream vs Technoblade Animation,” which highlights the MrBeast Gaming duel the duo shared and boasts over 25 million views, “Hog Hunt,” which centers around a piece of Dream SMP lore where Technoblade’s character was being hunted down by the canonical characters played by Quackity, Tubbo, Ranboo, and Fundy and also boasts over 25 million views, and “Dawn of 16th,” which tells the story of the Manberg versus Pogtopia War and has over 23 million views.

SAD-ist made the new “Technoblade” video, as well as past ones she has made that feature the creator, into fundraisers. Viewers can donate directly from the creator’s videos to contribute to the Sarcoma Foundation of America (SFA) in honor of Technoblade.

The animation by SAD-ist features a dialogue by Technoblade explaining why he enjoys the challenge of Hypixel’s SkyBlock so much. The “about” section underneath the video also features a message directly from SAD-ist, sharing her interactions with the creator and expressing her gratefulness for all that he did.

“Skyblock teaches us that no matter how ridiculous the odds may seem, within us resides the power to overcome these challenges and achieve something beautiful,” the old audio from Technoblade says in the animation. “That one day, we’ll look back at where we started and be amazed by how far we’ve come.”

One frame featured in the short “Technoblade” tribute is the creator alongside the rest of “Sleepy Bois Inc. (SBI).” This group includes Technoblade, Wilbur Soot, TommyInnit, and Philza, who were very close friends that developed their friendship after meeting while playing Minecraft.

Related: Mojang cements Technoblade’s legacy by honoring him on the Minecraft Launcher

Another frame highlights Technoblade and Dream’s friendly rivalry. The pair are widely regarded as the two best Minecraft players in the world. The particular scene featured in this tribute has MrBeast’s logo in the background and highlights the time that the duo dueled for $100,000 and the title of best Minecraft player of all time in a MrBeast Gaming video.

The animation is short, but features a series of highlights from the creator’s life and honors his one-of-a-kind legacy. The full tribute to Technoblade can be viewed above, courtesy of SAD-ist.