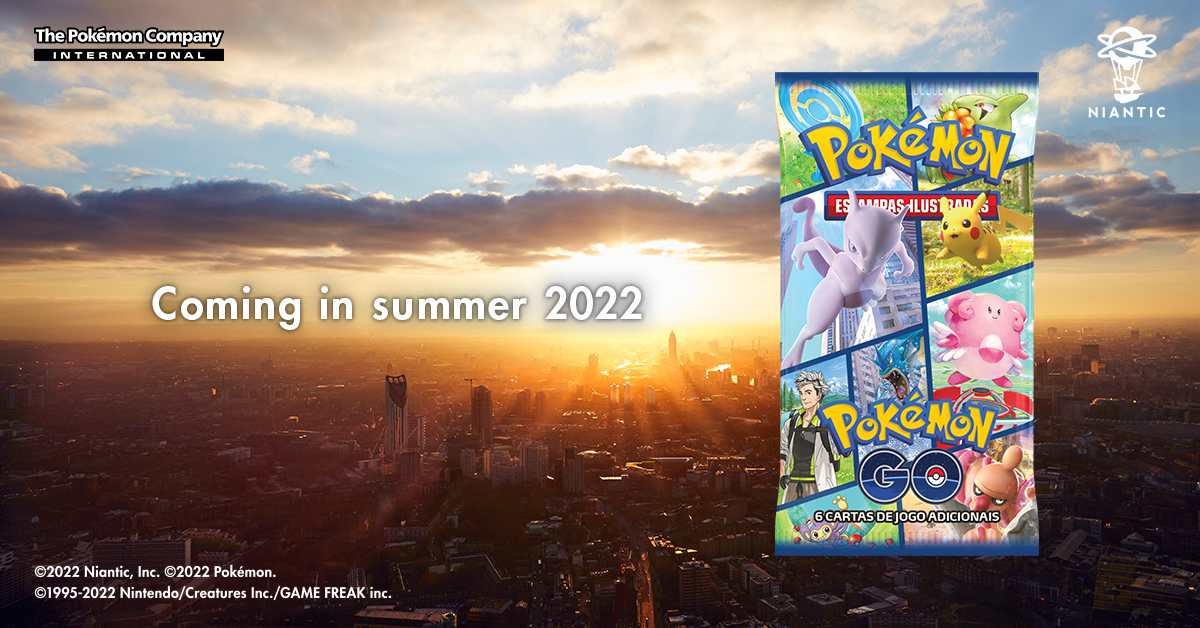 The Pokémon Company, Creatures Inc., and Niantic have announced the next physical product for Pokémon Go, a new expansion for the Pokémon TCG that will launch this summer. An OCG version of the product was also revealed, with a release date of June 17.

The set, called the Pokémon TCG: Pokémon Go expansion, will feature unique cards themed around the mobile game and its mechanics.

No actual details were shared about the cards, but looking at the packaging, most of the art will feature designs of Pokémon interacting with items or locations that represent Pokémon Go. This includes a Larvitar eating a Razz Berry, a Poké Stop, an Aipom being buried under a pile of thrown Poké Balls, and a Blissey that looks like it’s acting as a raid boss.

Mewtwo, Conkeldurr, Gyarados, and Professor Willow are also referenced in the design.

This isn’t the first time Pokémon Go has released Pokémon TCG products. A Professor Willow TCG promo was launched in 2021 as part of a promotion with The Pokémon Center online marketplace.

Niantic has confirmed that more details about the product will be “released soon,” giving no actual timetable for the next announcement. But based on the timeline for last year’s Professor Willow promo announcement, the actual card reveals may not happen until May.