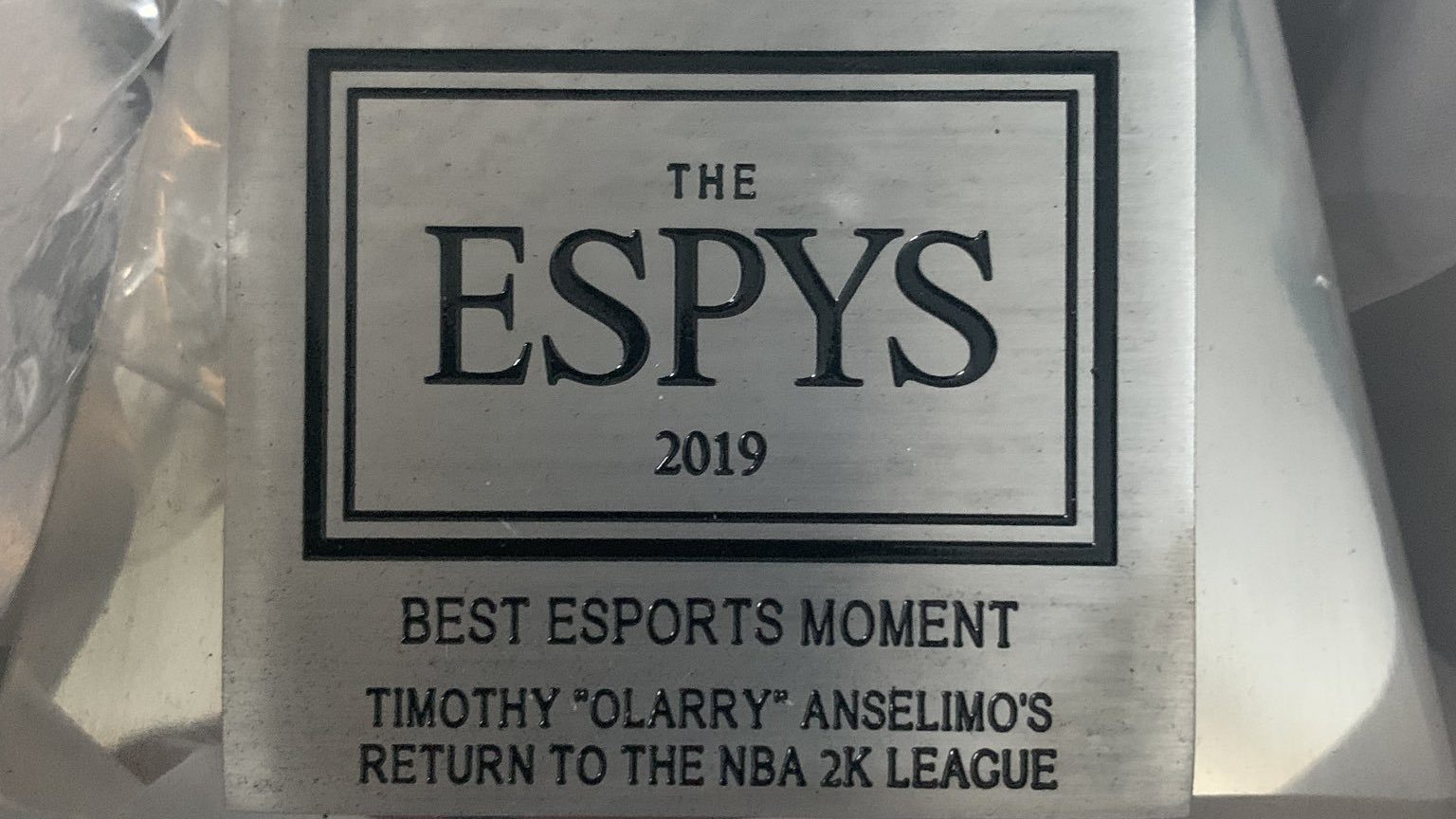 After winning the Best Esports Moment award during the 2019 ESPYS ceremony in July, Timothy “oLARRY2K” Anselimo finally received his commemorative trophy on Wednesday.

“This came in the mail today,” oLARRY tweeted, with two photos of his engraved award.

Cushioned in a white, silk-lined box, the hefty metal trophy has a slender design topped by a ball emblazoned with “ESPY.”

At the base of his trophy was a plaque that read, “BEST ESPORTS MOMENT – TIMOTHY “OLARRY” ANSELIMO’S RETURN TO THE NBA 2K LEAGUE.”

oLARRY’s team, the Cleveland Cavs Legion GC, quoted his tweet and said, “No one more deserving than @oLARRY2K.”

oLARRY won the fan-voted award for his inspiring comeback to his starting role in the NBA 2K League after being wounded in the 2018 shooting at a Madden tournament. Even after losing feeling in his thumb, oLARRY persevered through medical treatments and physical therapy to return to the NBA 2K League for the 2019 season.

After defeating Tyler “Ninja” Blevins in the final round with 60 percent of the 230,000 votes cast, oLARRY was recognized for his victory during the ESPYS’ pre-show red carpet event on July 10.