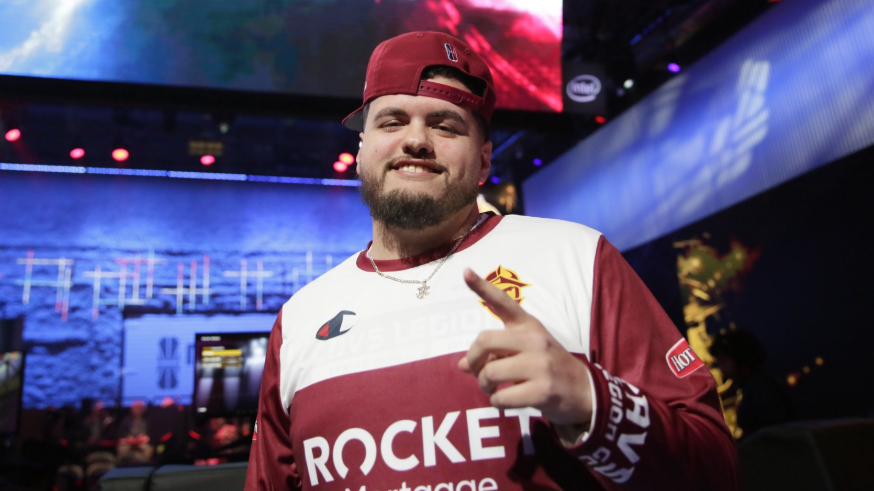 Timothy “oLARRY” Anselimo of the NBA 2K League’s Cavs Legion GC has won the Best Esports Moment ESPY for his courageous return to the league after surviving a mass shooting in Jacksonville, Florida last year.

After four rounds of fan voting on Twitter, oLARRY’s return matched up in the finals against Tyler “Ninja” Blevins and Marshmello’s victory at the 2018 Fortnite Celebrity Pro-Am at E3.

oLARRY received 60 percent of the 231,465 votes cast, making him a recipient at one of the most prestigious award shows in all of sports.

Before making it to the final round, oLARRY had to face off against fellow NBA2K League player Chiquita Evans of the Warriors Gaming Squad, who became the first woman drafted into the league this season. oLARRY won that round with 60 percent of the votes.

The esports community showed an outpouring of support for oLARRY during the final round of voting. 100 Thieves encouraged their followers to vote for him and described his triumphant return as, “one of the most miraculous events we’ve ever seen.”

Ninja even seemed to encourage his fans to vote against him and instead for oLARRY, tweeting, “Just realized who I’m up against. Honestly don’t wanna win against him. Just at least vote.”

Despite losing feeling in his thumb as a result of his injuries, the Cavs Legion center returned to his starting role on the team for the 2019 season after overcoming a lengthy rehabilitation process filled with uncertainty.

You can hear more about oLARRY’s comeback after being shot three times at a Madden tournament on August 26, 2018, in Jacksonville here.

Hosted by actor and comedian Tracy Morgan, The ESPYS will air on ABC on July 10, at 8 pm EST.