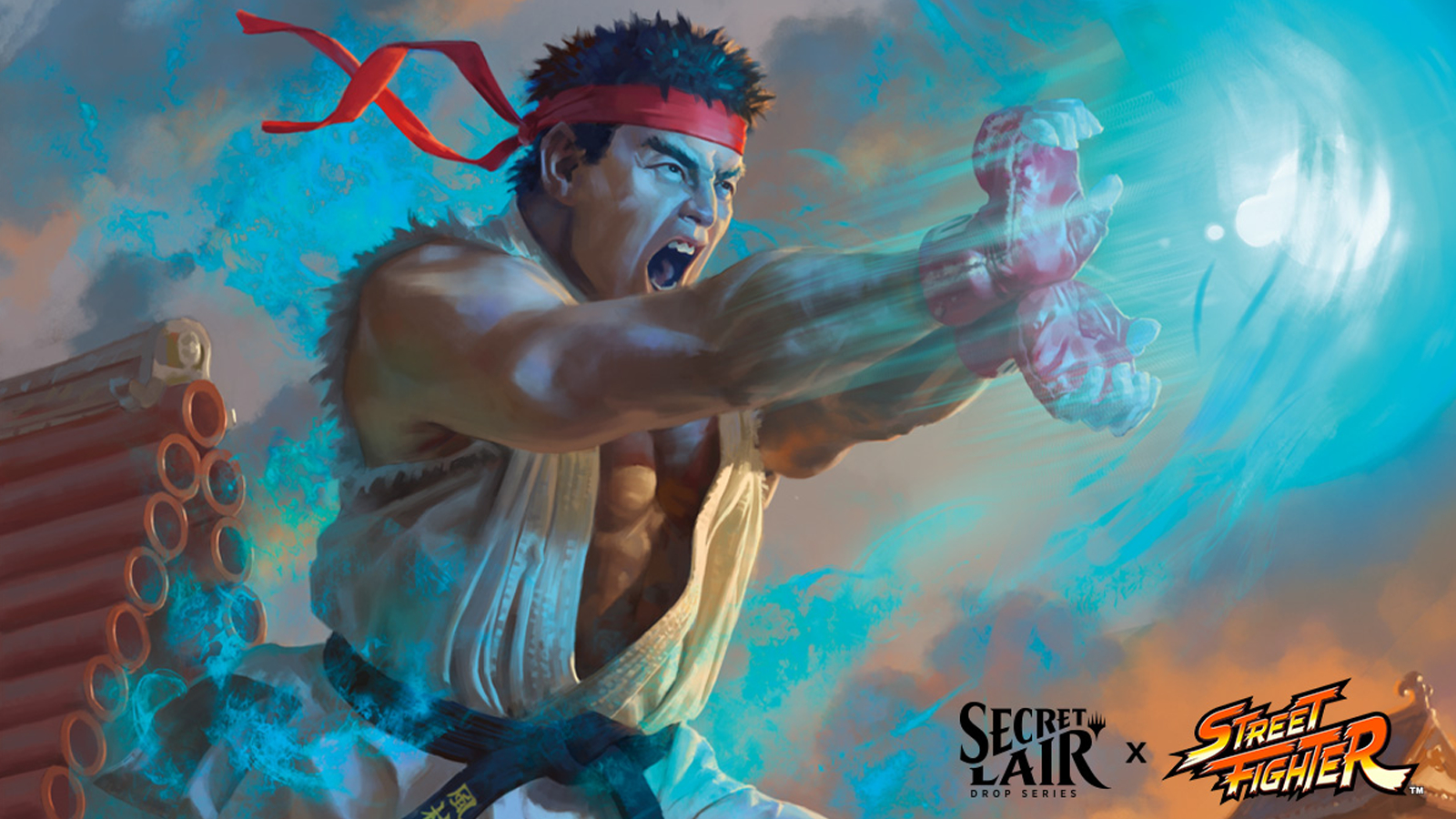 Image via Wizards of the Coast.

A total of eight Magic: the Gathering cards featuring a Secret Lair crossover with Capcom’s Street Fighter were leaked today, and then mostly confirmed shortly after.

For the first time since Wizards of the Coast announced the multi-game crossover, Magic and Capcom fans have a reason to celebrate. A total of eight Secret Lair images were leaked this evening on Twitter for the crossover event. The images were then taken down a minute later but eventually found their way to Reddit.

According to the leaked images, the eight fighters featured in the MTG and Street Fighter ultimate crossover are Ryu, Chun-Li, E. Honda, Blanka, Dhalsim, Guile, and Zangief.

The feature art for Ryu is the same as the leaked version earlier today. Also in the leaked cards was art for Chun-Li, which matches art revealed by WotC last year. All eight cards appear unique, similar to how the Secret Lair for The Walking Dead was handled. The Secret Lair cards aren’t competitively legal in Magic formats but are allowed in casual MTG formats like Commander via their Black border.

Fans of Street Fighter and MTG collectors can discover everything about the Secret Lair crossover during the limited-time set’s full reveal on Feb. 19.