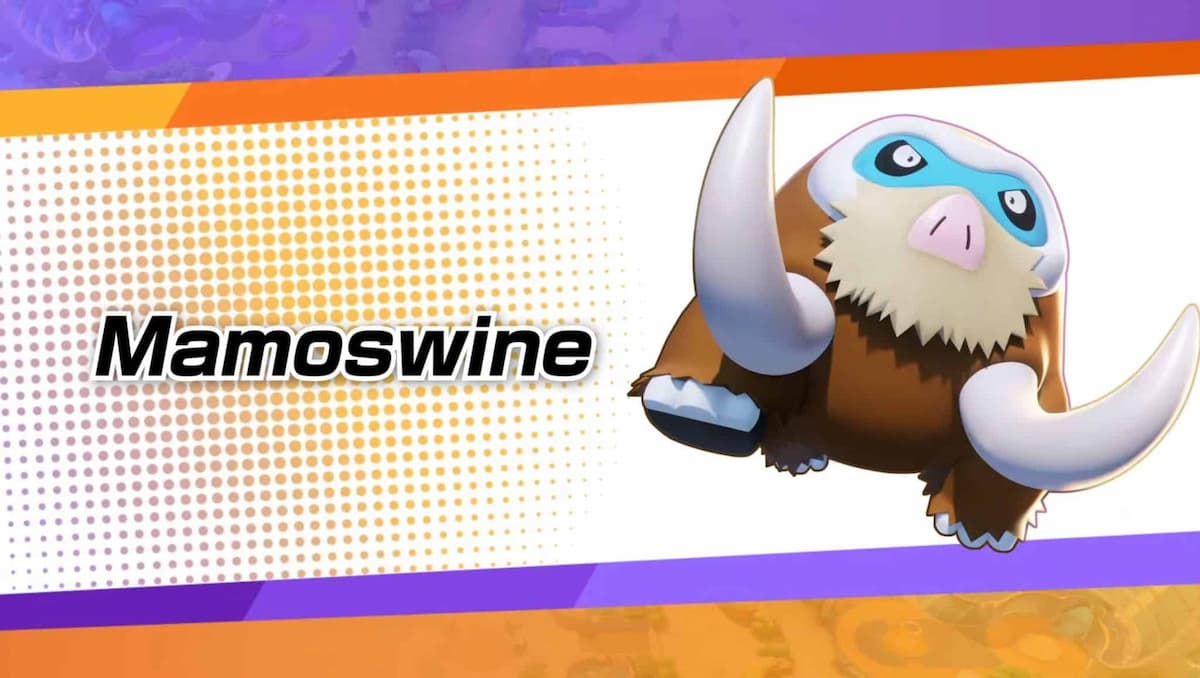 In a surprisingly early update, Mamoswine is already available in Pokémon UNITE on Nintendo Switch and mobile.

Typically, TiMi Studio will push updates live at 2am CT on the day of an announced content drop, but the newest playable Pokémon, several cosmetic items, and more are all live now.

Mamoswine is classified as a Melee Defender, meaning players will be using it to run interference for teammates, take hits, and deal large amounts of damage in retaliation. The Ice/Ground-type is specifically good for tanking hits because its ability Thick Fat gives it a boost in both Defenses and Special Defense whenever it takes damage. Additionally, it gets more boosted attacks and freezing area bonuses.

Whether it be getting in with Ice Fang and High Horsepower, or providing more of a zoning presence with Icicle Crash and Earthquake, you can try Mamoswine for yourself by picking it up in the Unite Battle Committee for 8,000 Aeos Coins or 460 Aeos Gems.

Along with Mamoswine, the Gardevoir Set of avatar clothing and the Bonfire Style: Slowbro Holowear are live too. Sylveon will be the next Pokémon to join the UNITE roster, though we still don’t have a set release date for the Fairy-type yet. However, you can expect more content to drop in the coming weeks, including a new Alolan Ninetails Holowear.