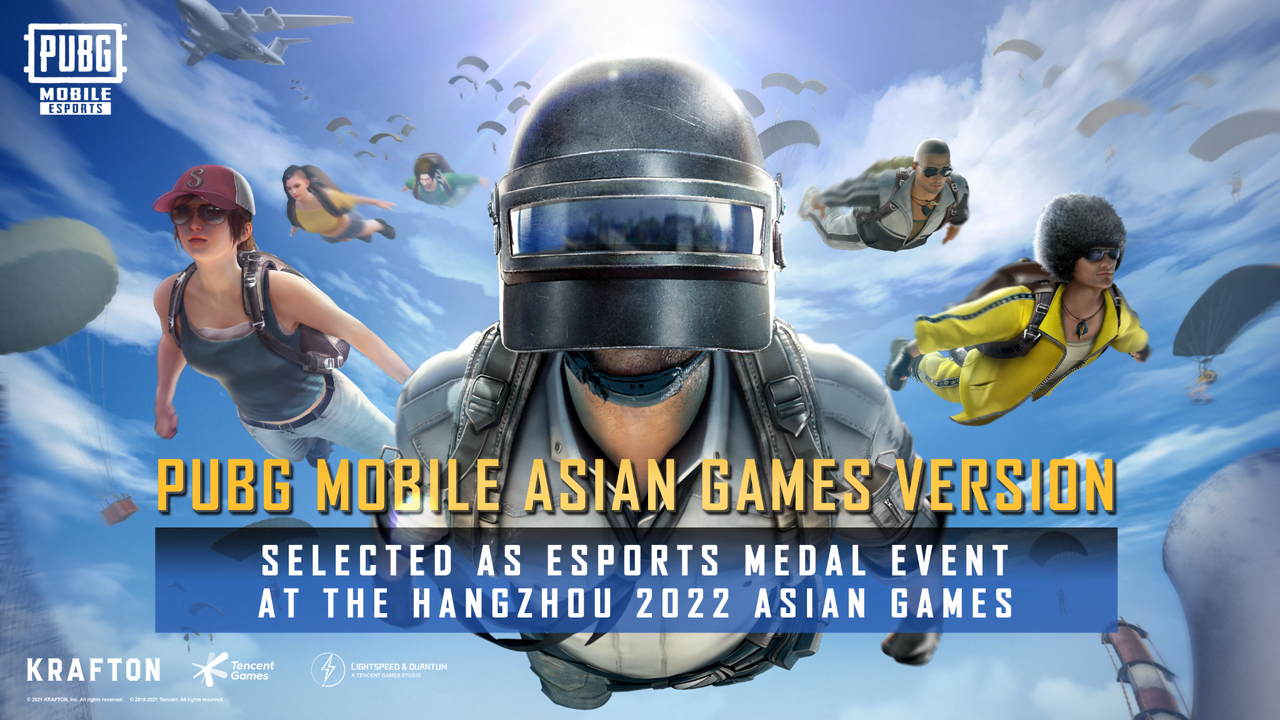 PUBG Mobile is one of eight esports games selected as medal events for the 2022 Asian Games. When the complete list of games in the Asiads was announced last September, it was mentioned that an “Asian Games version” of PUBG Mobile will be used.

Today, Krafton confirmed in a press release that a “new version” of PUBG Mobile is being developed for the Asian Games with the PUBG IP.

“I’m glad that PUBG Mobile is selected as the official medal event at the Asian Games Hangzhou 2022, which will be an opportunity for people from all over Asia to come together as one,” PUBG Mobile strategic marketing development at Krafton Minu Lee said. “I hope that fans and players will be able to unite through a new version on PUBG Mobile, which we developed with PUBG IP specifically for the Asian Games.”

Based on the quote, it seems like Krafton will be behind the development of the game, which has originally been made by Tencent’s Lightspeed and Quantum Studios. Dot Esports has reached out to Tencent for clarification.

It isn’t surprising to see a different version of the game being made only for the Asiads, which will happen in Hangzhou, China from Sept. 10 to 25, 2022. PUBG Mobile is not available in China. Instead, a localized version of the game complying with strict regulatory laws called Peacekeeper Elite (also known as Game for Peace) is available in the country.

The game is not available in India either. It was banned in September 2020 for data privacy concerns. A separate version of the game called Battlegrounds Mobile India was later released, which is identical to the original game.

A new version of PUBG Mobile for the Asian Games will allow countries to use a common game to conduct qualifiers and compete for the gold medal.

The Asian Games 2022 will feature a total of 482 events in 40 sports. The other seven esports games in the event are as follows.

It’s likely that Tencent, who is the developer of Arena of Valor, will also make a separate version of the MOBA game for the Asian Games.

The Olympic Council of Asia (OCA) has selected Hong Kong-based Asian Electronic Sports Federation (AESF) for conducting esports in the Asian Games. The federation will be responsible for qualifiers, management, and operations for it.

This is the second time esports is being played as a medal event in an event sanctioned by the International Olympic Committee (IOC). The first time was during the 2019 Southeast Asian Games in the Philippines. This event featured Mobile Legends: Bang Bang, Arena of Valor, Dota 2, Starcraft II, Tekken 7, and Hearthstone.