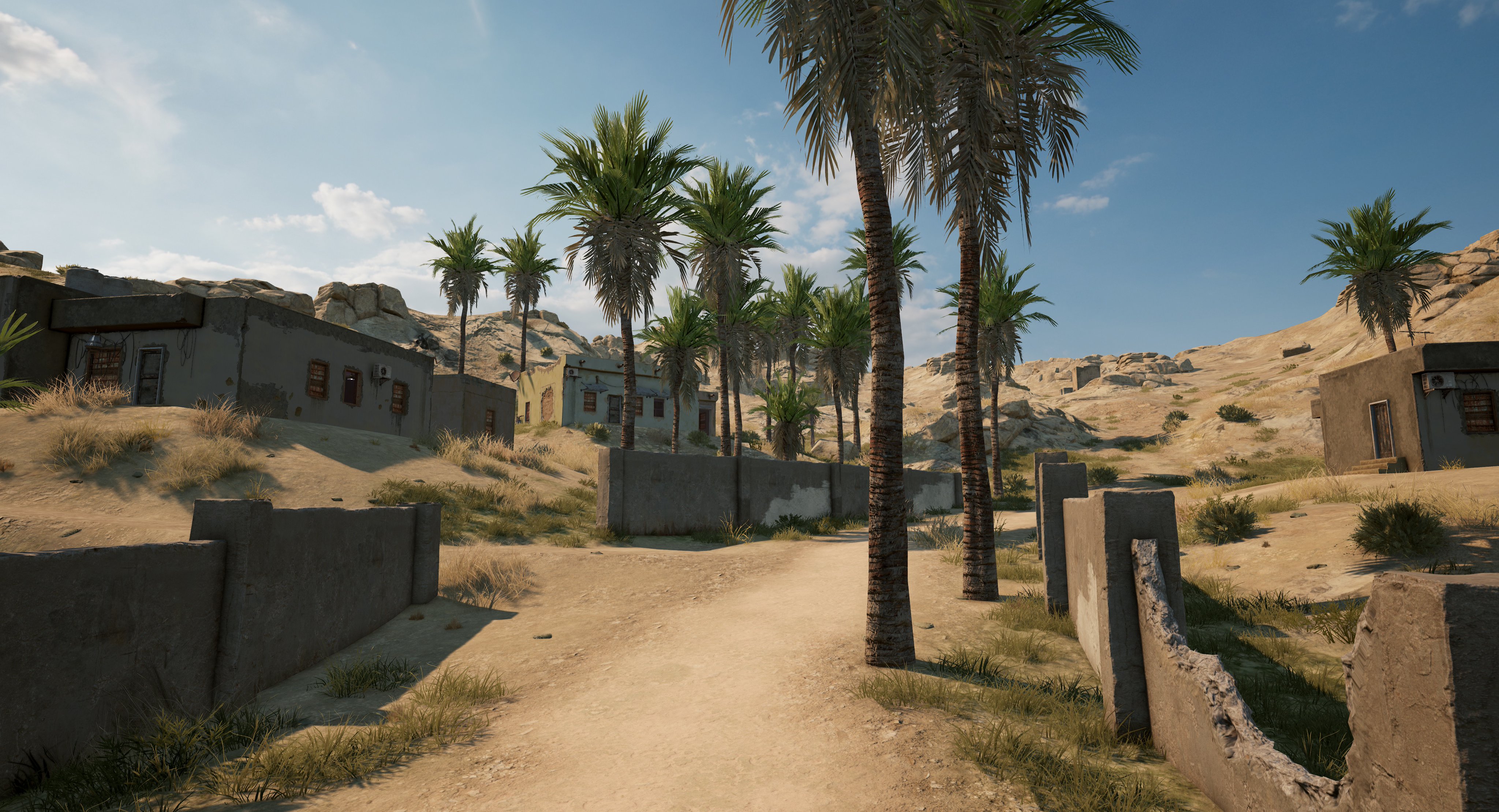 Karakin is a small map with a size of just 2×2 kilometers. For reference, this is half the size of Sanhok and the same size as Livik. Only 64 players will parachute into the map to battle for the Chicken Dinner at a time.

Karakin was first released in PUBG on PC Jan. 22, 2020. Over a year later, the map is finally coming to the game’s mobile counterpart. Karakin was revealed for PUBG Mobile during the patch 1.3 beta last month.

In the beta, two new mechanics, namely the Demolition Zone and bullet wall penetration, were in effect. A new firearm and throwable were also shown off.

The Demolition Zone is indicated by a purple area on the mini-map along with alarm sounds. The zone may form at any part of Karakin throughout a match. It causes damage to buildings and structures and may even reduce them to ruins. Players caught in it can be killed.

The bullet wall penetration, on the other hand, allows players to fire through certain thin walls on Karakin.

The new throwable is the Sticky Bomb which can be attached to walls to blow them up. Finally, the new firearm is the Panzerfaust which uses rockets that explode on-hit. These rockets can damage thin walls and deal damage in a small radius around the point of impact.

It’s unclear if all six maps will be available simultaneously when Karakin launches on April 7. Tencent could shift one or more maps out of rotation.