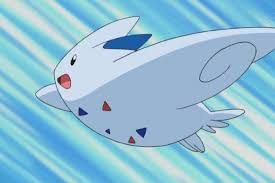 Pokémon Go has an abundance of ways for players to collect ’em all and evolve their precious Pokémon partners to new stronger forms.

One of the most popular Johto Pokémon is Togetic, the evolution of Togepi that takes 25 Togepi Candy to evolve. Since the Sinnoh update was added into the game, Togetic has been able to evolve into Togekiss, its final evolved form, using a certain method.

But how exactly can you get your own Togekiss?

Related: How to get Unova and Sinnoh Stones in Pokémon Go

You will need to find a Sinnoh Stone, an evolution stone item in Pokémon Go that’s needed to evolve a number of Sinnoh Pokédex Pokémon.

Once you have met both of these requirements, you will finally be able to evolve your Togetic into Togekiss and move one step closer to completing the Pokédex.