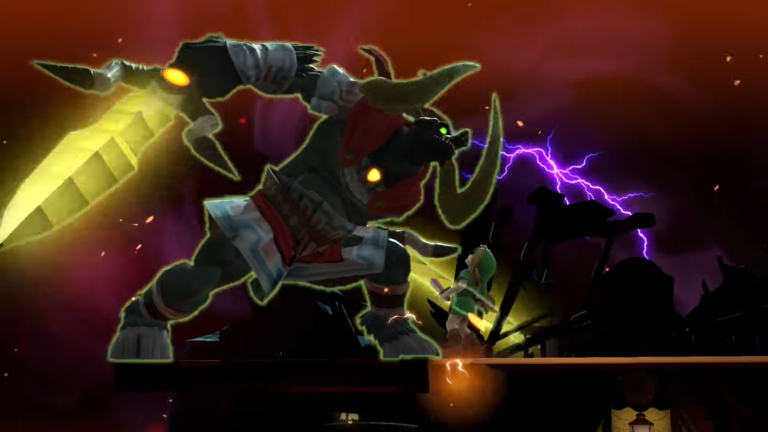 Super Smash Bros. Ultimate has a ton of bosses from the entire Nintendo universe that you can battle against.

One of these bosses is Ganon, the pig king form of Ganondorf. In Ultimate, Ganon gets his look from Zelda: Ocarina of Time, which means he also has the same weakness as he does in that game.

The only place where you can deal damage against the demon king is by hitting his glowing green tail, which is always located behind him. Depending on the character, you’ll either need to jump over or roll underneath him to get to his tail as he’s charging an attack.

Related: Here are all the bosses in Super Smash Bros. Ultimate

Once you hit his tail a few times, Ganon might drop to the floor in a defeated state. When this happens, you can attack any part of his body to deal damage over a small period of time.

Be sure to shield and dodge regularly, however, since Ganon’s attacks are devastating and can kill you in one hit if you aren’t careful. Hit his tail a few times and he should fall eventually, but this is arguably one of the hardest fights in Ultimate.