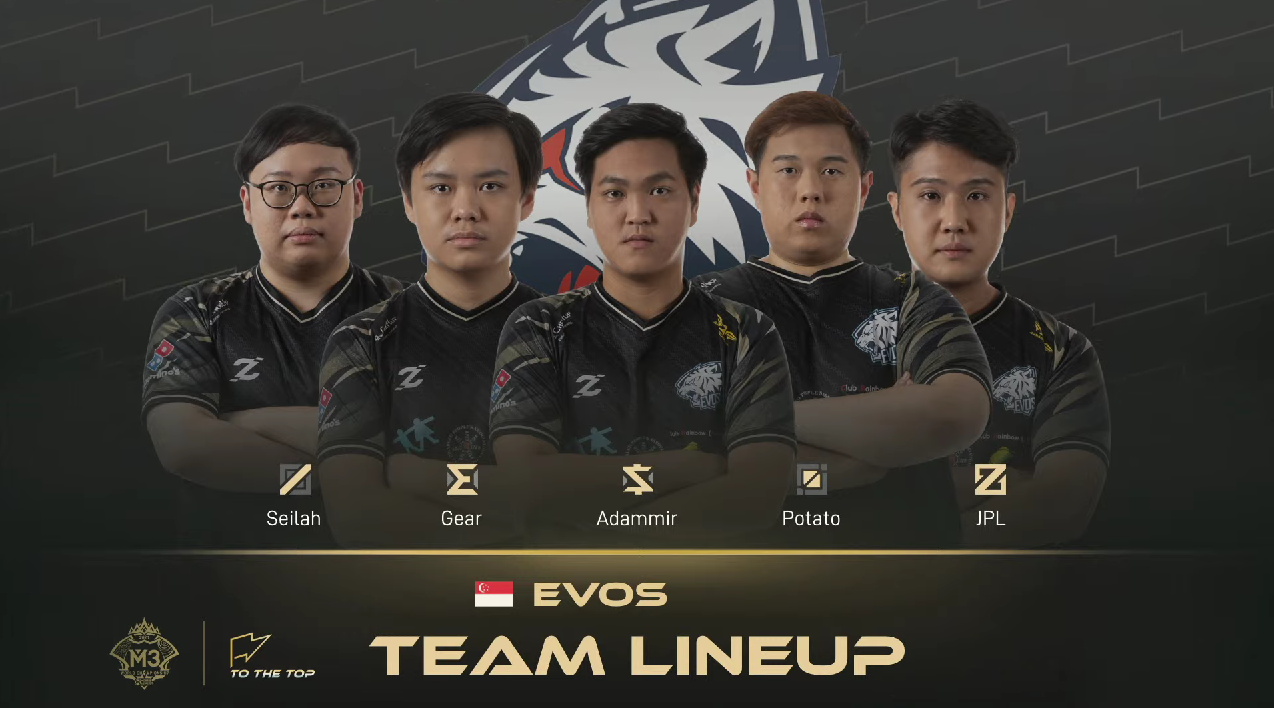 EVOS SG took down BTK to secure two consecutive victories in group C of the Mobile Legends: Bang Bang (MLBB) M3 World Championship. The team is now guaranteed a place in the upper bracket of the playoffs.

As the home team, EVOS SG were the clear favorites heading into the match. They put up a dominant performance throughout the game and dismantled BTK. After a terrible draft, BTK couldn’t leave a mark in the competition, and found themselves on the backfoot throughout the game.

While EVOS were on the upper hand throughout the game, the team played more passively and focused on objectives to aid them in victory. With a 10,000 gold lead and over 10 kills up in the late game, BTK had close to no chance to stage a comeback.

EVOS won the game in just over 17 minutes after taking down all nine of their opponent’s turrets. BTK, on the other hand, couldn’t destroy a single turret. EVOS’ Adammir, who played on Aamon, got five kills and one assist in the match, but it was Seilah on Beatrix who allowed them to dominate. Seilah was awarded the MVP, his second of the day after an impressive showing on Lylia against SeeYouSoon earlier.

BTK will now face SeeYouSoon at 5am CT, a must-win match for the team to secure a slot in the upper bracket of the playoffs. EVOS, on the other hand, will be up against NAVI next. While the team has already secured an upper bracket slot, they will be looking to end the group stage on a high.

The M3 World Championship is taking place at the Suntec Singapore International Convention and Exhibition Center. Sixteen teams from around the world are locking horns for the title of world champions and a share of the $800,000 prize pool. The group stage will end tomorrow, with the playoffs happening from Dec. 11 to 19.