Riot Games started 2020 with a bang by announcing multiple new projects, including a mobile port of League of Legends. Calling it a port would be an understatement, however, since Riot went ahead and redesigned Wild Rift from scratch so it’d perform smoothly on mobile platforms.

Though the developer was aiming for a 2020 release, the COVID-19 outbreak caused changes in Wild Rift’s release schedule. Select regions have been getting a taste of it so far, with more being added later on. The increase in the areas participating in the beta means that the game is close to having a full release, but there are still bugs that Riot needs to tackle before making Wild Rift commercially available.

This isn’t holding the developer back from marketing possibly the most fleshed-out MOBA game available on mobile devices, however. Wild Rift was featured on a segment covering gaming in Apple’s Oct. 13 event and demonstrated how powerful iPhone 12’s chipset, A14, is.

The executive producer from Riot, Michael Chow, highlighted how Wild Rift achieved PC-like performance values on the iPhone 12. One of the other stars of the presentation was the iPhone’s 5G compatibility. Verizon will be hosting a Wild Rift invitational event to showcase all of these elements.

When is Verizon’s Wild Rift Invitational?

The first Wild Rift Invitational by Verizon is scheduled to take place on Oct. 22. While the telecommunications company hasn’t disclosed a specific time for the event, it’s possible to set a reminder through Twitter. The reminder should let you know when the event kicks off on Oct. 22. You could also keep an eye on the Twitch Rivals’ channel alongside the Twitch Rivals event page.

The latter of the three indicates that the event is set to kick off at 8.30pm CT.

Tuning in to the first competitive experience of Wild Rift will be easy. You can be a part of the action through Twitch via Twitch Rivals or directly on Twitter.

While Twitter has been upping its game to keep with the times, watching the event via Twitch may be more stable. The large influx of Wild Rift fans tuning in to get a taste of the game may overwhelm the social media platform as opposed to Twitch, which is known for enduring brutal release periods.

Who will be playing in the first Wild Rift Invitational? 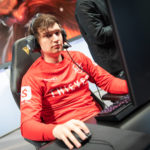 There will be a total of 10 participants playing in the Wild Rift Invitational. Ranging from professional League players to influencers, the following 10 individuals will be placed on two teams that will go head-to-head against each other.

What devices will players use in the Wild Rift Invitational?

Though Wild Rift is and will be available on Android devices, the event will feature the game being played on iPhone 12 Pro models. Both the Max and regular versions of the iPhone 12 Pro feature six GB of RAM alongside the A14 Bionic chipset.

A14 Bionic is currently the fastest mobile chipset in the world. Wild Rift’s iOS optimization should be powerful enough to take the gaming experience to another level.

Will the players be on Wi-Fi or 5G?

5G has been the biggest marketing scope of phones that have been released throughout 2020. Both the Wild Rift Invitational and iPhone 12’s emphasize that the game should play a lot smoother on 5G due to how fast the connection is.

Considering this won’t be a LAN event and players will be connected from their homes, it’ll be almost impossible to tell if they’ll actually be connecting via a 5G network. While those who have access to 5G may choose to do so, the others may opt to use a standard Wi-Fi connection.

Though 5G’s impressive download and upload speeds are revolutionary, even a standard 4G connection should be decent enough to provide a lag-free experience if you have a strong connection as well with close-to-full bars.

Unfortunately, it doesn’t look like the invitational Wild Rift event has anything to do with the game’s beta period in the Americas. The region is scheduled to receive beta access in 2021, which will be the latest among all the regions Riot operates in.

Though Riot hasn’t said why this is the case for the region, it means that the Americas will get to play the Wild Rift version with the least number of bugs. The developer is also planning for a 2021 release for Wild Rift, meaning it could be looking to hit that developing gas pedal as more regions get into the beta and report more bugs.