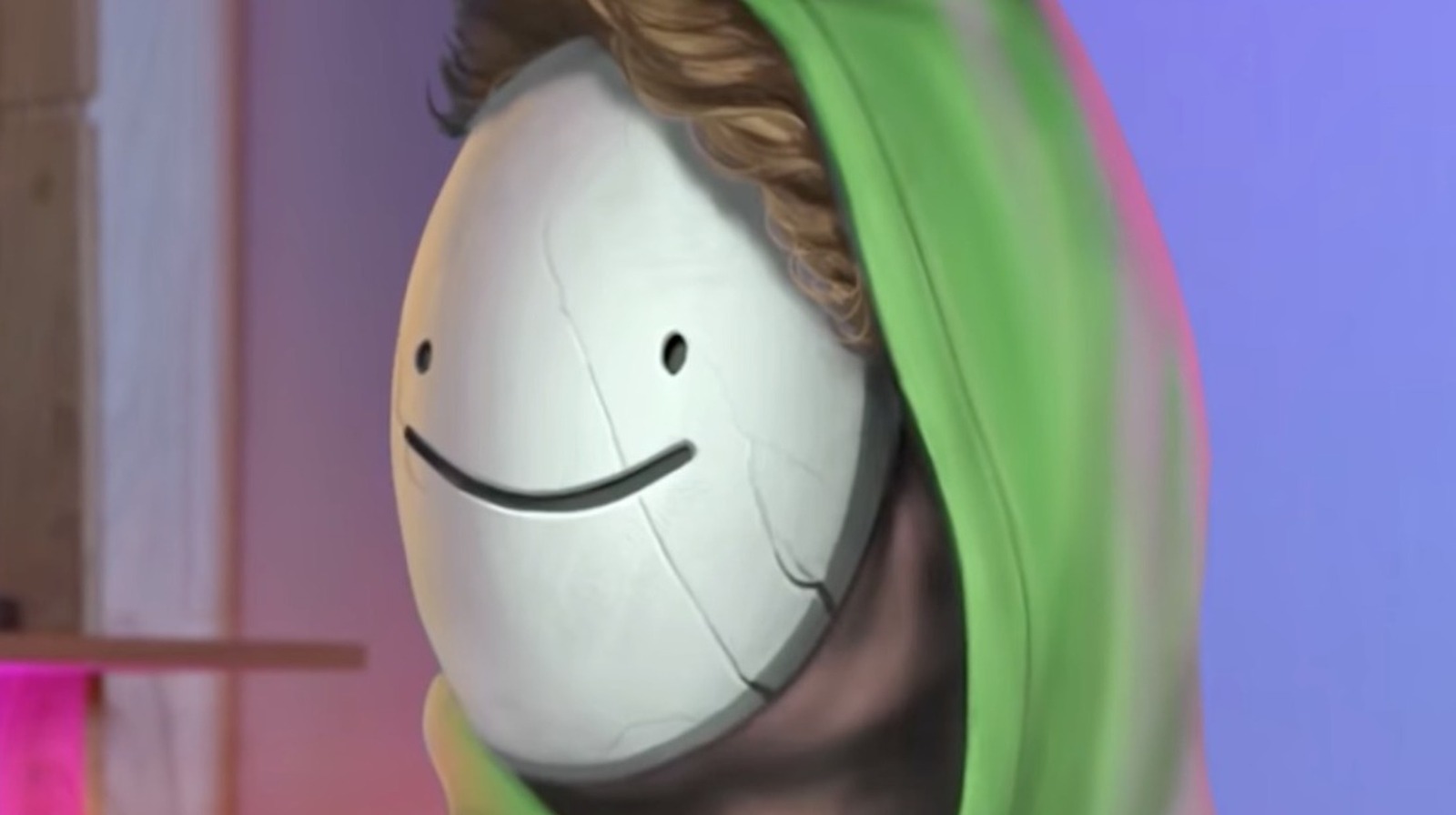 Historically, most content creators and streamers used webcams to interact with fans. It’s the closest thing to face-to-face communication they can achieve, which has been considered essential for a long time. It’s a tried and true formula that helped streamers like Pokimane, xQc, and Shroud become recognizable even before they blew up on Twitch in a big way.

Then, along came Dream, who rocked the boat completely.

He was one of the first faceless content creators to break the mold. He’d been making Minecraft content since 2014. However, he exploded in popularity in 2019.

Although he never showed his face, he revolutionized the kind of content people were making. He founded the Dream SMP Minecraft server and used it to create enthralling content with his friends.

It revolved around challenges and speed runs that created compelling narratives. For example, his most popular video is him doing a speed run while his Minecraft friends try to sabotage him.

Then there’s the community around Dream SMP, his long-running server. The narratives built within the game—all of which create a “canon” story—keep fans coming back. They build favorites, just like any television series or movie franchise, and want to see them succeed. And at the heart of that is Dream, pulling the narrative strings.

Today, he is one of the most subscribed game-related content creators on YouTube and the most popular in the Minecraft scene. He’s on the verge of hitting 30 million subscribers, thanks to his content’s creativity and quality.

“It’s been three years since I uploaded my first video,” he said on July 6. “We’re now at 29.5 million. I thought 1 million was a huge goal. I’m forever grateful for everything you have all blessed me with.”

YouTube responded by saying he’s shed his skin as a content creator and evolved into a cultural icon, and they’re not wrong.

Dream has effortlessly outshined his friends and rivals in his ascension to the top.

Thomas “TommyInnit” Simons has 11 million subscribers. His friend and fellow Dream SMP Minecraft server founder GeorgeNotFound has 10 million. Sapnap, Karl Jacobs, and Ranboo all have less than five million. Dream’s popularity eclipses theirs, and that’s despite the fact he still hasn’t revealed his face. Perhaps it’s because he helped pioneer the scene or because people can’t get enough of his content. Either way, his domination knows no bounds.

“It’s such an amazing feeling to look back on everything,” he said. “The grind, the work put in, the planning, the luck, the friends, the coincidences, the rises and falls, just everything. It’s so amazing. I wouldn’t trade it for anything.”

It’s been a wild ride for the faceless star and his popularity boom isn’t done; if his trajectory holds, he will soon break into YouTube’s top 100 most subscribed channels.