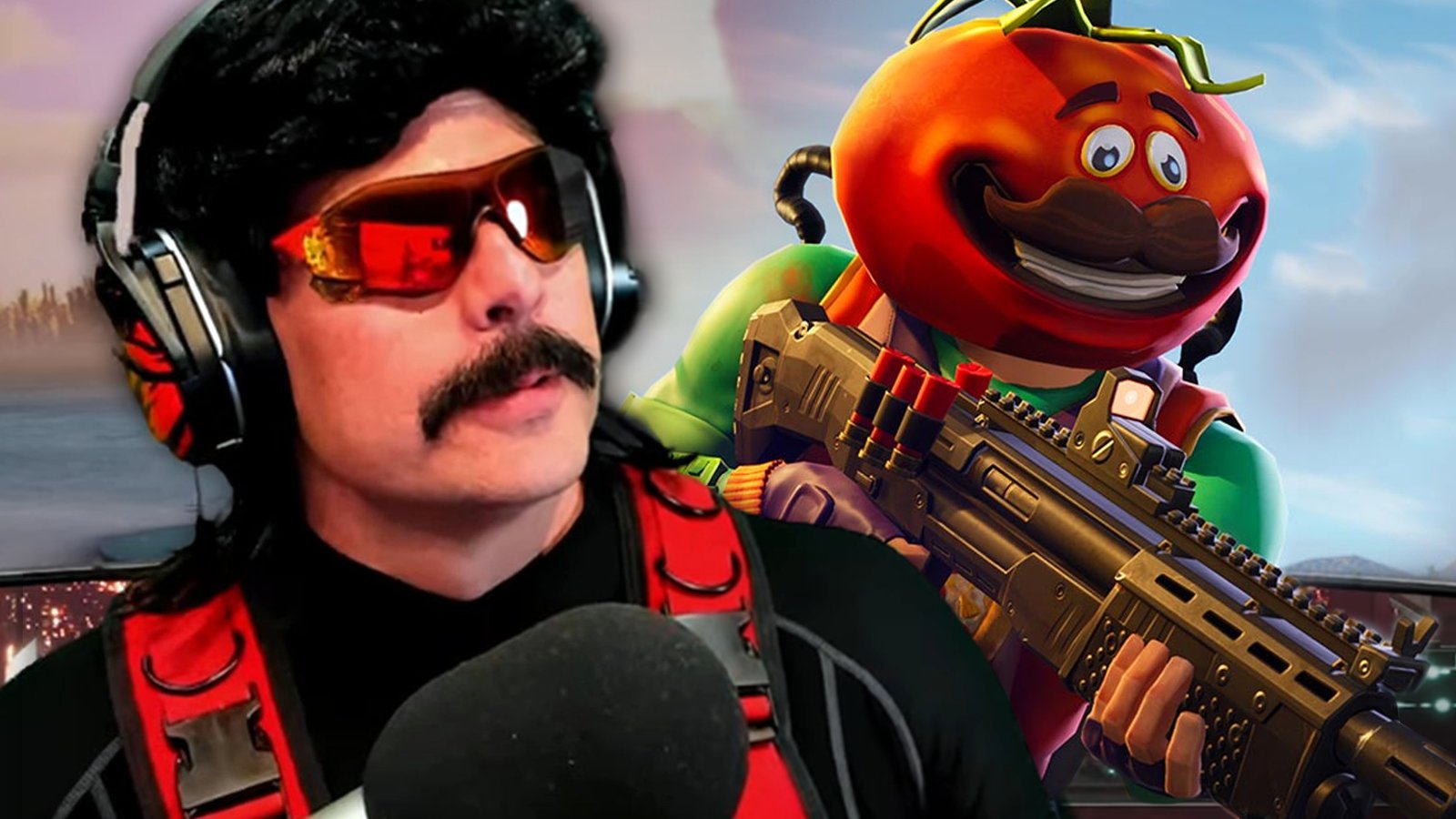 Six years after release, Fortnite has finally won its biggest scalp —the battle royale’s game-changing new “no build” mode has managed to win over Dr Disrespect, who up to this point has been the Epic Games franchise’s biggest hater and would regularly flame the popular title for its flaws.

Fortnite developers made the bold call to remove building from their building-focused battle royale on March 20 (for a limited time, at least) and it’s winning over fans.

Of those that have come around to Fortnite this week, one stands out as the biggest surprise; Dr Disrespect, a famed ‘hater’ of the popular Epic battle royale. Doc, who has been a major advocate for Warzone and Apex Legends over the years, and famously declared he hates “absolutely everything” about Fortnite, came away from his March 22 stream gushing over the change.

“I’m really enjoying this, a lot,” he told his stunned YouTube fans. “I really am liking it without building. They did a good job. It feels like an action battle royale now.”

Dr Disrespect gave his tick of approval to several changes Epic devs made in their latest Fortnite update, which included the “no-build” mode. The stand-outs, he said, were the new stamina system, mantling, and movement. According to the two-time, they made the long-standing title feel “action-packed” again.

“It’s funny, I never thought, ‘Fortnite would be fun without building,’ because the whole game franchise is known for building,” he said. “But I guess Epic can do anything they want with the game now, it’s been around so long. It’s a really fun experience. It’s athletic, you move around well, mantling, flying. With everything else in place, it works, well. Overall, I really like it without the building.”

The Doc, who likes to play high-skill games, praised Fortnite for finally letting its gunplay shine through. “You can actually win, one-shot, and stay in the fight,” he said.

Of course, it wouldn’t be a Dr Disrespect stream without a little flame. The streamer did gush over the new features, but the jets eventually turned to everything he doesn’t like⁠—and likely never will⁠—about Fortnite.

“Now, do I like the look of this game?” he said after losing a late-game skirmish. “No, no, Fortnite is still too cartoony, too childish. The fiction too, I couldn’t tell you what the fiction is Epic is trying to tell. I couldn’t tell you. And, when they bring back building, that’s a whole new ball game.”

Then, later, he warned stamina could be very “limiting” if it stays. He said: “After playing Call of Duty, it feels like we could be flying around more. Take the stamina off. I want to be slide-canceling everywhere, non-stop sprinting.

“You don’t want to have limiting capabilities in your games.”

But, the YouTuber added, he’s still “having fun,” and that’s what matters. The question is, as with all things Doc, how long that “fun” lasts before he turns on the title again.