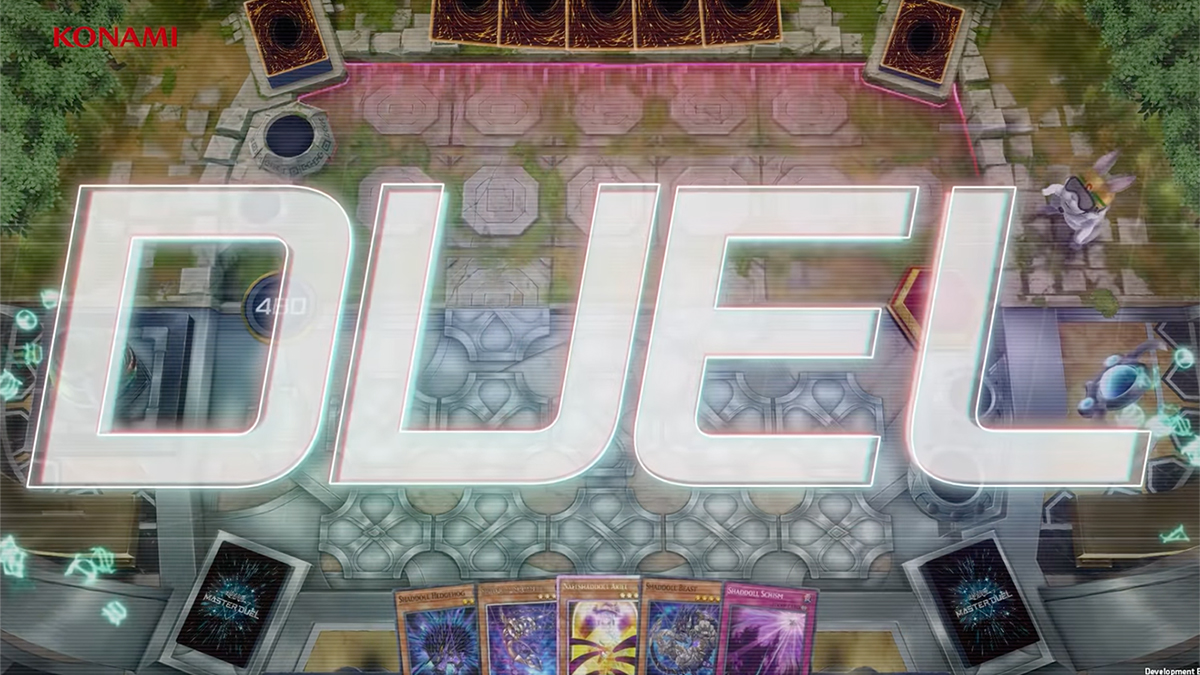 And because Master Duel is available on PlayStation 4, PS5, Xbox One, Xbox Series X/S, Steam, Nintendo Switch, and mobile, the main question duelists are asking involves the game’s limitations.

Master Duel was designed as a fully digital experience for TCG and OCG players, providing a core experience for Yu-Gi-Oh!’s biggest areas of competition that features a base roster of more than 10,000 cards. This will eventually lead to Master Duel being used as an official segment for the Yu-Gi-Oh! World Championship series, which means the game will host competitive and casual events globally.

With that in mind, Konami couldn’t limit its player base to just a single platform and has implemented cross-progression across all eligible devices using Konami ID. Along with that, crossplay is enabled, meaning players on one platform can play against users on any other platform.

So if someone has the game downloaded on Steam, they can seamlessly compete with other duelists on console and mobile, making it easy for anyone to join in on the action—whether it be in a casual duel or ranked competitions.

The main limitations for Master Duel sit within the cross-progression since you can’t transfer paid Gems across platforms due to restrictions on in-game purchases. All of your other content will make the jump between platforms and be usable instantly as long as you connect your accounts via Konami ID.