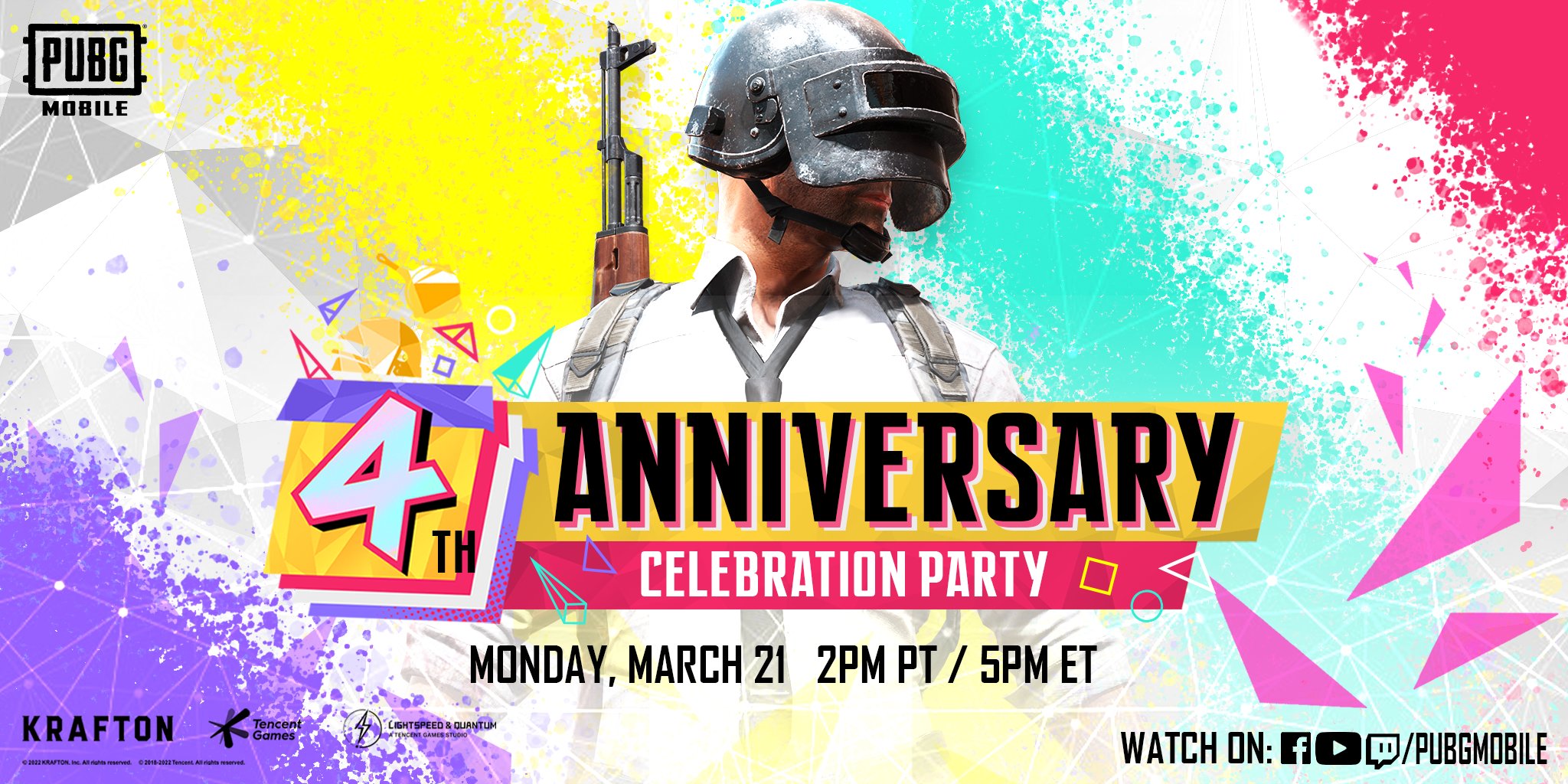 PUBG Mobile is marking four years of release on March 19. And to celebrate the occasion, it’s hosting an Anniversary Party. The celebration will take place on March 21 with some big guest appearances like 100Thieves’ Brooke “BrookeAB” Ashley and Jack “CouRage” Dunlop.

Currently, close to no details about the party has been revealed. It will happen on YouTube with the broadcast scheduled for March 21 at 4pm CT. The description of the video says that “your favorite content creators and celebrity guests,” which includes CouRage and BrookeAB, will be in attendance. Players can expect guest appearances from other figures as well.

While it’s unclear what the party has in store for players, Tencent said in a tweet that it will give out some “awesome prizes” to celebrate to fans who tune in.

PUBG Mobile has been teasing anniversary celebrations for a while now and the content of the game’s latest patch also marks the occasion. Update 1.9 of the game has introduced the Vibrant Anniversary Mode where players can dress up in colorful outfits, take to the skies on the Aerial Battleground, and drive around in bicycles. PUBG Mobile is also hosting an iPhone 13 giveaway to mark its fourth birthday.

Details about the celebration party should be revealed in the coming days. If not, players will have to tune in on March 21 to find out what the party has in store.