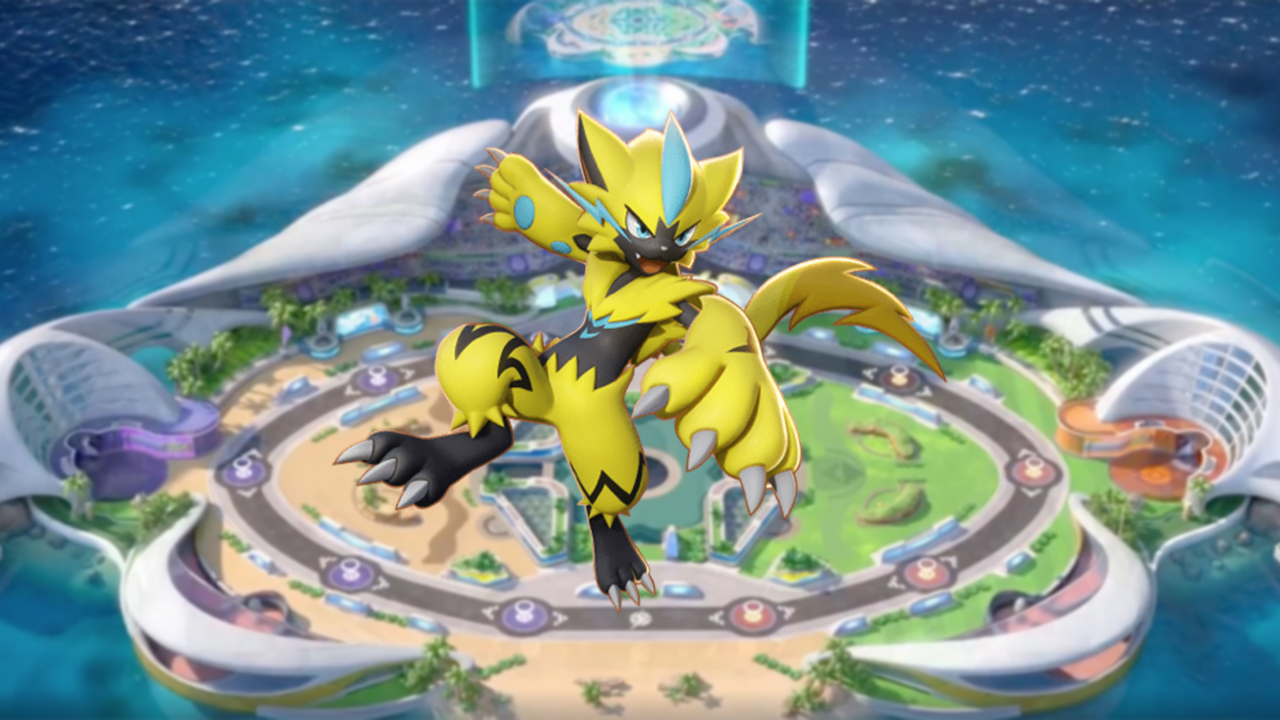 Players who install Pokémon UNITE on Switch within the first few weeks of its release will score themselves the legendary Pokémon Zeraora as a playable character for free.

This electric-type legendary species is one of the most powerful and commonly played Pokémon right now. With its agile movement, powerful melee attacks, and electric abilities, Zeraora is a pick that the best players are going to want to master.

As everyone gets a chance to try out the game and figure out their playstyle, you may be wondering what the best way to build Zeraora is. Here is the best build Zeraora in Pokémon UNITE.

The best build for Zeraora in Pokémon UNITE

Muscle Band: This item is something players will likely pick up early in their time playing Unite and is extremely handy with Zeraora’s kit, granting extra damage to enemies with higher health.

Potion: When you’re in the earlier stages of the game you’ll want to stick with Potion as your battle item.

Fluffy Tail: Once you have it unlocked, Fluffy Tail is the perfect item to compliment Zeraora’s offense. This allows the Pokémon to stun wild enemies, as well as increasing the damage done to them. If you’re jungling as Zeraora, then this is a must-have.

At level one, you’ll want to take Slash over Agility. This is the best way to deal damage early, which will help when engaging other players and farming the wild Pokémon around the map. This decision won’t matter too much, since you’ll gain Agility at level three anyway.

While Volt Switch is a great ability with similar effects, Spark is the optimal move to take. Spark will see Zeraora leap at an opponent, shocking it and dealing major damage. This is the perfect gap closer to chase down fleeing foes.

Due to Zeraora’s offense being close range and based a lot around basic attacks, Discharge is the perfect tool. This ability will create a field of damaging electricity around the Pokémon, as well as granting a small shield.

At level nine, Zeraora will gain its ultimate Plasma Gale. This move deals damage to all enemies within an area and sends them backward. While inside this area, Zeraora has bonus attack range and damage.