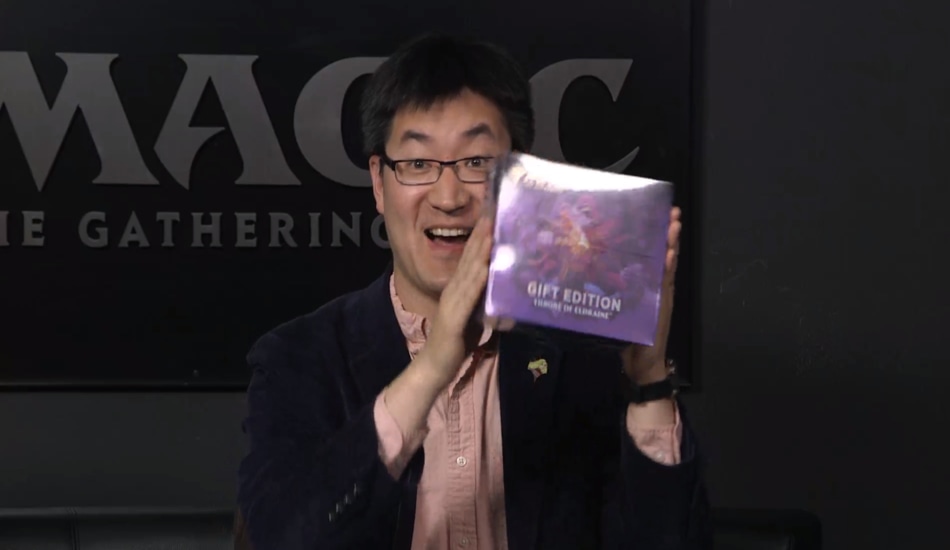 Image via WotC and Magic: The Gathering

The holidays are quickly approaching and Wizards of the Coast has several 2019 Magic: The Gathering game sets designed specifically as gifts.

Game Night is a casual multiplayer format in Magic, in which the cards can’t be used in sanctioned tournament play. Commander, however, is also a casual format. Playing Game Night involves choosing one of five preconstructed decks and playing with friends around the kitchen table. Within each deck is a foil “face card” that’s a finisher.

Similar in nature to the Throne of Eldraine (ELD) Collectors box, the Holiday Bundle contains legal sanctioned cards that can be played in any Magic format. Included in the bundle is the mysterious purple life counter, first seen during ELD spoilers, a Piper of the Swarm alt-art foil, and 10 ELD Draft booster packs.

The bundle also includes one ELD collector booster, 20 basic lands, and 20 foil basic lands. Releasing on Nov. 15, the ELD Holiday Bundle will be available at WPN stores and online.

Based on the previous Magic “Undecks,” like Unstable, the Unsanctioned box includes five unsanctioned decks with 30 cards (one for each color in the Magic color wheel). The set also includes the following:

Playing Unsanctioned involves a player choosing two decks and shuffling them together. Unlike Game Night, Unsanctioned is a one-vs-one player format, but it can also be adjusted for multiplayer.

In addition to the three sets, WotC has created a Magic mystery set that won’t be revealed until a pre-release event at Mythic Championship VI in Richmond on Nov. 7.

Players were also given the release dates for Theros Beyond Death, the next set after Throne of Eldraine. Pre-release will take place Jan. 17 to Jan. 29, with an official release for booster pack sales on Jan. 24.

The MTG set featuring a new plane in Magic, Ikoria Lair of Behemoths is set to have a pre-release from April 17 to April 19. And the official tabletop release will take place on April 24, 2020.