Who to watch in week three of MPL Weekly: WotS metagame and decklists

Undefeated players match up with 16 various archetypes in week three. 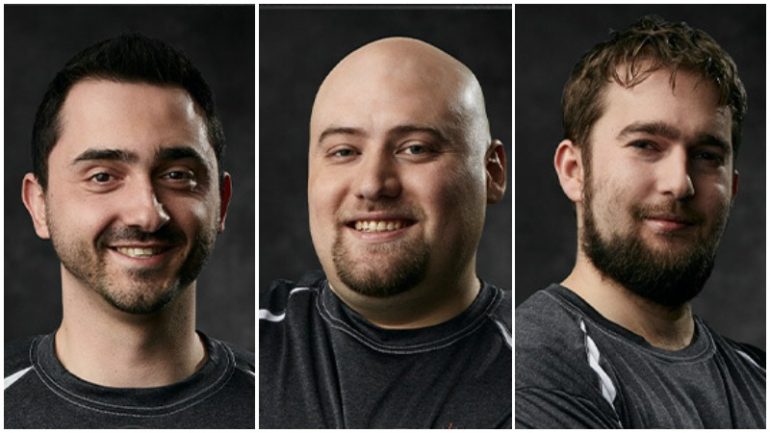 Image via Wizards of the Coast MPL Weekly

The War of the Spark split continues to heat up with a wide range of metagame decks in week three of MPL Weekly, with several players remaining undefeated in each division.

Looking to secure a day one bye in the upcoming MTG Mythic Championship, Magic Pro League (MPL) undefeated players in each division attempt to separate themselves from the field in week three of MPL Weekly. But it won’t be easy.

With the Pearl division playing double matches this week, the field will either separate out or even up at the top. The top match to watch for in week three is Brian Braun-Duin (2-1) vs. Andrew Cuneo (3-0).

BBD is bringing an Esper Control to week three of MPL Weekly and Cuneo is playing a powerful Bant Midrange deck. Don’t sleep on Javier Dominguez (2-1) vs. Eric Froehlich (3-0), though. Froelich is playing Sultai Dreadhorde and Dominguez is on a Four-Color Dreadhorde deck.

Here are the matches in the Pearl division for week three of MPL Weekly:

Unlike the Pearl division, Ruby MPL players are sitting closer together in standings. In addition, recent add-ons Jessica Estephan and Janne “Savjz” Mikkonen have yet to play, and won’t in week three.

This leaves the MTG guru’s William “Huey” Jensen (2-0) and Reid Duke (2-0) at the top of the leaderboard. Sadly, they aren’t playing each other in week three. Instead, Jensen and Duke are both taking on Ken Yukuhiro (1-1).

The Sapphire division has all its MPL players bunched close together in wins/losses. Paulo Vitor Damo da Rosa (2-0) sits alone at the top of the leaderboard but is closely followed by Piotr Głogowski (2-1), and Autumn Burchett (2-1).

Piotr Głogowski and Paulo Vitor Damo da Rosa face off against each other in week three with Glogowski playing Simic Nexus and Rosa experimenting with a Four-Color Dreadhorde deck. Burchett, who’s playing a Bant Nexus deck this week, is facing off against Mike Sigrist (1-1) who is playing Mono-Red Aggro.

Other matches to keep an eye on are Rei Sato (2-1) vs. Jean-Emmanuel Depraz (1-2). Sato is playing a Golgari Midrange deck while Depraz is on a Temur Reclemation deck.

Márcio Carvalho (0-3), coming off a loss in the semifinals of the Magic Online Championship last weekend, is taking on Andrea Mengucci (1-2). Carvalho needs a win and is hoping his Jeskai Walkers deck will do it. Mengucci also needs a win and has brought a Four-Color Dreadhorde deck to play in week 3 of the MPL Weekly.

Brad Nelson, Martin Jůza, and Seth Manfield sit atop the Emerald division leaderboard at 3-0. While Matthew Nass, Christian Hauck, and Shota Yasooka all are at 0-3.

Nelson, playing Selesnya Tokens will face off against Jůza who’s brought the ever powerful Mono-Red Aggro to play in week three. Meanwhile, Manfield is also playing Mono-Red Aggro as he takes on Grzegorz Kowalski’s (2-1) Dimir Control which dominated in week one of MPL Weekly.

Like weeks one and two, week three is full of proven powerful decks and a bunch of archetypes not often seen played on the professional level. Mono-Red Aggro continues to be a favorite, however, the Four-Colored Dreadhorde is making a splash with four players attempting to increase their standings with it. Also having four players is Azorious Aggro, which was a hot deck in week one.

MPL Weekly airs on Saturday, May 25 at 2pm CT on the Magic: The Gathering Twitch channel.