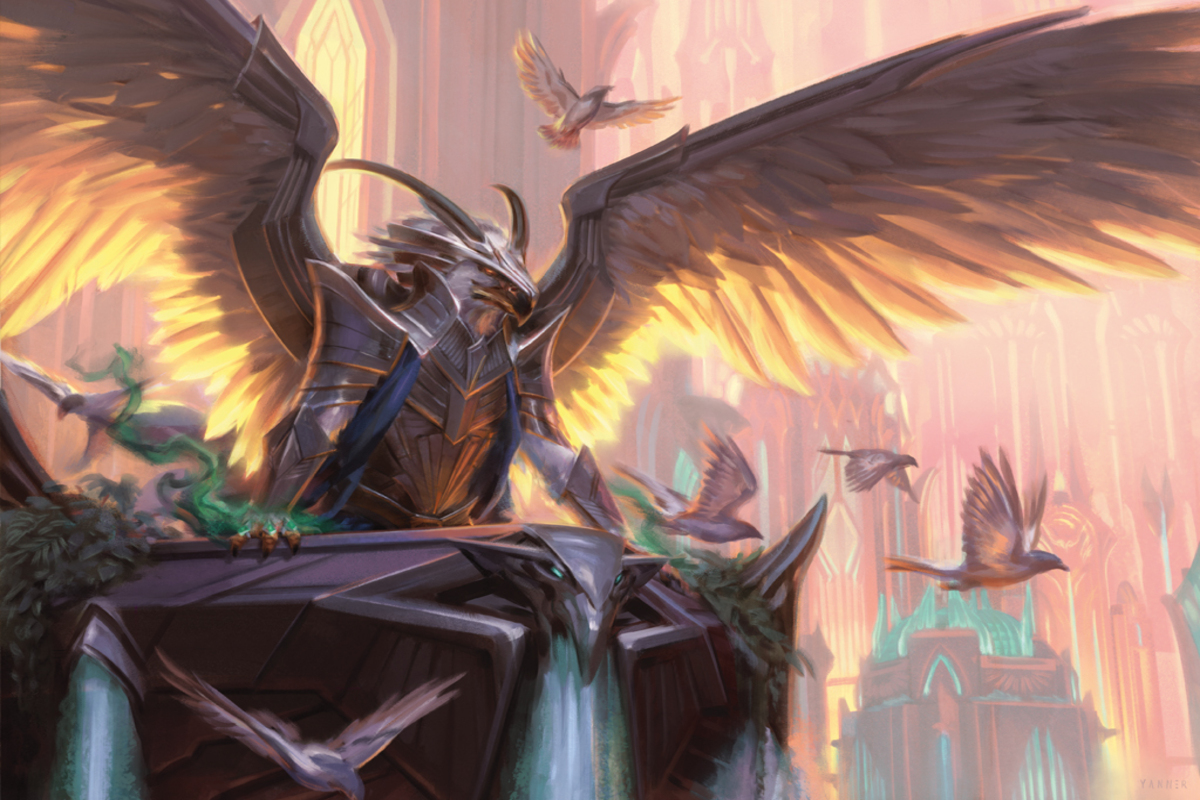 Magic: The Gathering’s latest set has a handful of new mechanics being introduced to go with the five crime families that fit the lore of the Streets of New Capenna—and among them is Shield Counters.

The mechanic is associated with the Brokers family, which is represented by White, Green, and Blue. The color combination is also known for being the Bant shard from the Alara block and is known for having a protective and board control playstyle.

“If it would be dealt damage or destroyed, remove a shield counter from it instead,” the reminder text for Shield Counter reads.

Shield Counters can’t be used to protect a permanent against damage that is labeled as unpreventable.