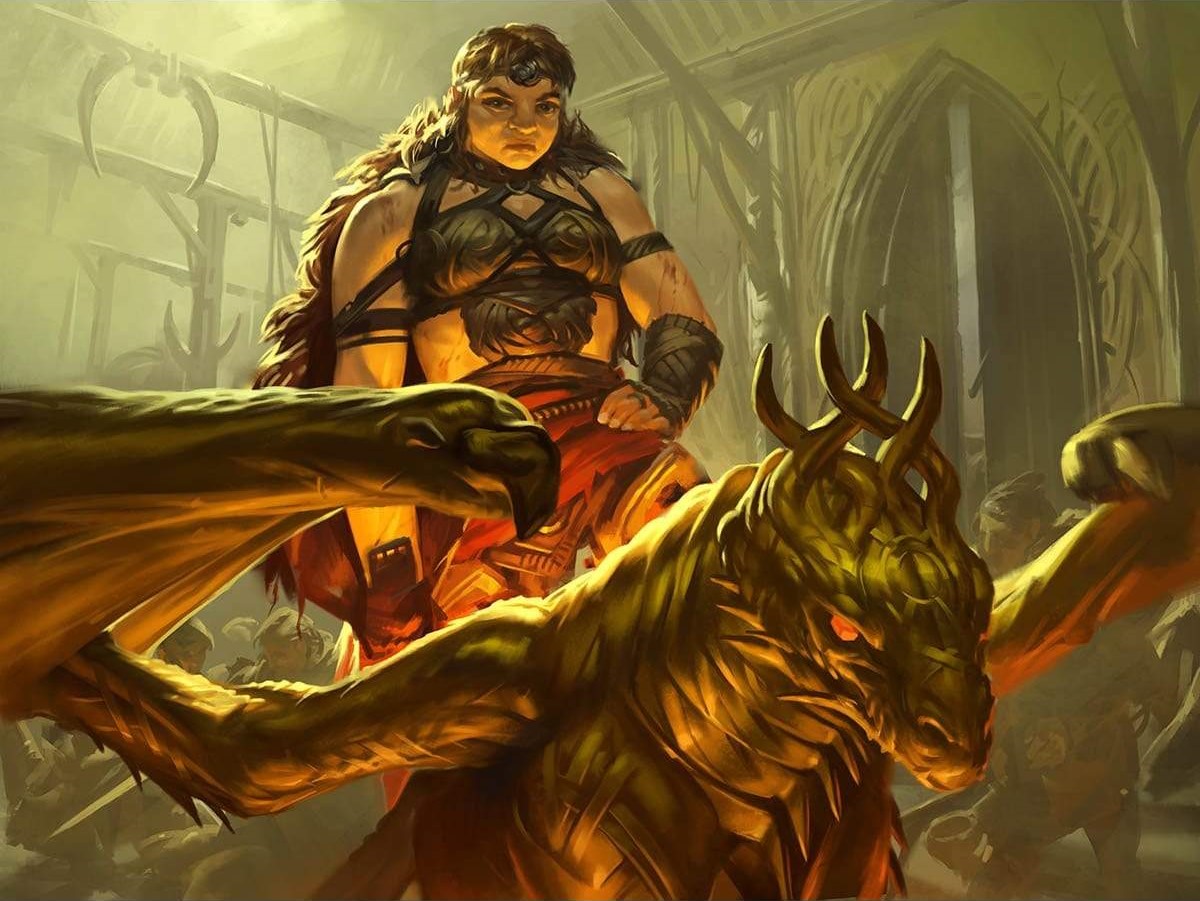 After ten rounds over two days at the Magic World Championship XXVII, it all comes down to a top-four finals bracket on Sunday to determine the 2021 world champion.

Ondrej Strasky, Yuta Takahashi, Jean-Emmanuel Depraz, and Jan Merkel are in the finals of the World Championship by earning seven match wins this weekend.

The top four decks are all different but are derivative of the same basic core surrounding Alrund’s Epiphany or Goldspan Dragon. Here are the top four decklists.

Strasky’s day ended early after securing two quick wins in rounds six and seven against Paulo Vitor Damo da Rosa and Noriyuki Mori. Once he hit the seven wins mark, Strasky earned byes for the rest of the swiss rounds.

Takahashi was the star of the day. After a winless Draft performance in the first three rounds, the Japanese player rattled off seven straight wins to secure his top-four placement. He leveraged the power of Goldspan Dragon and Smoldering Egg to overwhelm his opponents who weren’t running strong answers to his top-end threats.

The day ended with a pair of tiebreaker games to determine the final two top-four spots.

Sam Pardee and Depraz played against each other in round ten and had a rematch in a win-and-in tiebreaker game. Depraz won their first matchup with relative ease.

Fortunes changed for Pardee in game one of the rematch by taking advantage of Depraz’s mana issues. That, combined with a triple Blizzard Brawl, gave Pardee the quick 1-0 advantage in the series.

Depraz started game two with a perfect start for Temur Treasures. With a curve of Jaspera Sentinel into Magda, Brazen Outlaw, Depraz had more than enough mana to outclass the threats Pardee presented. With two quick games in the books, the stage was set for game three.

Game three started with another overwhelming Magda opening. When Temur Treasures can get off to a fast start, Mono-Green Aggro just can’t keep up. Pardee conceded game three after a crushing Negate countered his Wrenn and Seven.

Sperling and Merkel met in the second tiebreaker match of the day to lock in the final top-four spot. The mirror match saw two Grixis Epiphany decks battle it out. Merkel had the edge throughout the entire match, leading to a clean 2-0 victory and a spot in the top four.

The finals of the Magic World Championship XXVII begin on Sunday at 11am CT on the Magic Twitch Channel.