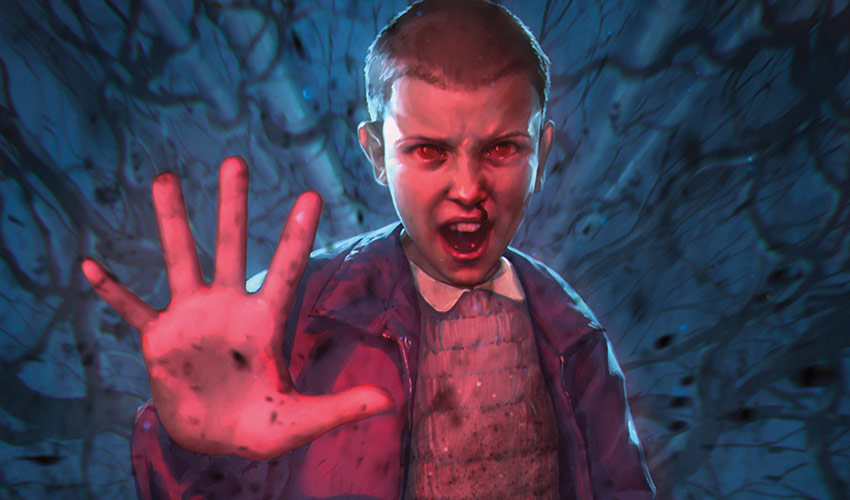 Wizards of the Coast is continuing its Universes Beyond series of mechanically unique out-of-universe Magic: The Gathering cards in an upcoming collaboration with Netflix’s Stranger Things.

As a part of Netflix’s Geeked Week stream, a Stranger Things Secret Lair drop was revealed by the streaming service today. No release date was announced, but two pieces of art were unveiled featuring Eleven and a wall of writing. Stranger Things is gearing up for the release of its fourth season by 2022. 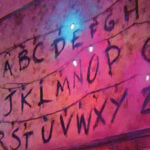 This announcement comes two days after Wizards changed its philosophy regarding future Universes Beyond Secret Lair releases. The company faced backlash after the release of Secret Lair: The Walking Dead last year because it wouldn’t reprint the cards as mechanically similar in-universe cards.

This lack of reprints became a bigger issue when Rick, Steadfast Leader ended up being playable in older eternal formats.

The concerns were addressed with the announcement that Wizards would be reprinting Universes Beyond Secret Lair cards by printing these mechanically unique cards as Magic-themed cards within six months of release into The List.

The List is a curated set of cards from Magic’s history that are printed into set booster packs. The Universes Beyond reprints will be found in set boosters and can be purchased as singles from third-party sellers. Despite the backlash, The Walking Dead Secret Lair is the best-selling drop to date. Wizards is following up that success with a Stranger Things Secret Lair and upcoming Warhammer 40k and Lord of the Rings sets.